Willer Inc., operator of the Kyoto Tango Railway and highway buses, has launched an AI taxi-sharing reservation service in designated urban areas around Tantetsu Mineyama Station in Kyotango, Kyoto Prefecture. A ceremony for the first run was held recently in front of a downtown commercial facility, with locals expressing hopes that the new form of transportation will take root.

To reserve a shared ride, users enter their pick-up location and destination on a smartphone application, and a five-seater or nine-seater taxi will arrive in about 10 minutes. The taxi will pick up other passengers along the way, following the most efficient AI-calculated route.

Users can choose from a variety of fare plans, such as a flat-rate at 5,000 yen per month for unlimited rides, or pay 300 yen per ride. 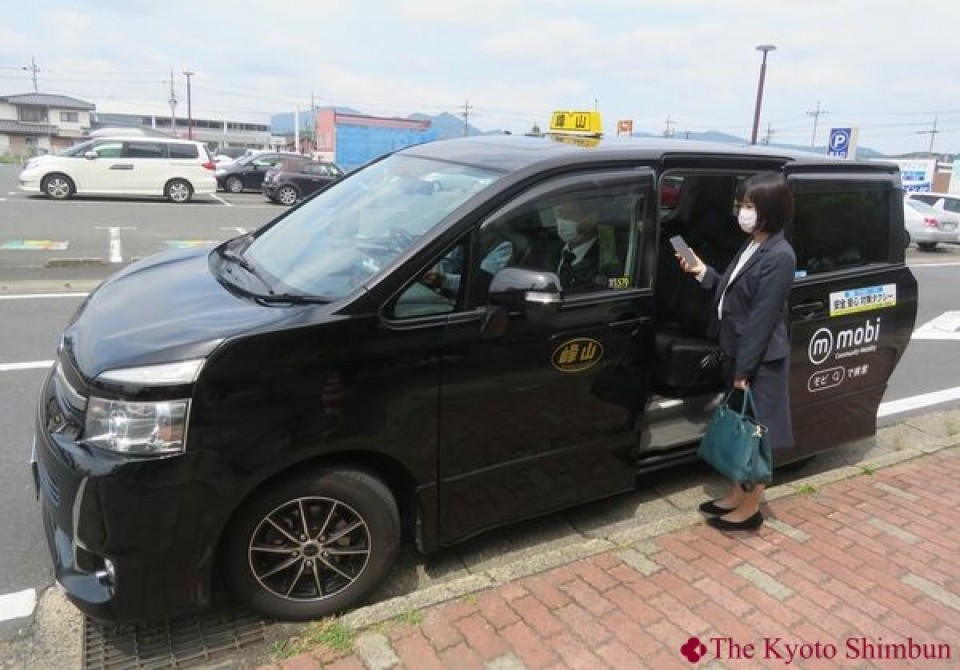 A woman boards a shared taxi.

Willer, headquartered in Osaka, conducted a free trial in March in areas near Mineyama Station using a local taxi operator. "As the number of rides increases, the AI will be better able to choose the optimal route," the company said. "Users will be able to make use of shared-rides at a reasonable price and without being restricted by the number of (train or bus) runs or time schedules," it said.

At the launching ceremony, where about 50 people gathered, one of the shared taxis run by Mineyama Taxi picked up a user in her 30s, who works in the city, to head to her destination.

"We would like to contribute to building a city where people can get around at ease even if they do not have a car of their own," said Willer President Shigetaka Murase.

Meanwhile, Kyotango Mayor Yasushi Nakayama said he believes the taxi-sharing service "will become an indispensable means to help enhance public transportation from now on as we face an aging society and depopulation."