Japan PM Suga hoping for some spectators at Tokyo Paralympics

Prime Minister Yoshihide Suga said Friday he hopes the COVID-19 situation in Japan will improve enough to allow some spectators at the Tokyo Paralympics, as the Olympics are set to kick off next week behind closed doors amid a state of emergency in the capital.

Canceling the games, which were postponed by one year for the first time in modern history due to the pandemic, was "never considered as an option," Suga said in an exclusive interview with Kyodo News, adding that hosting the global sporting event will be an opportunity to "send a message from Japan to the rest of the world." 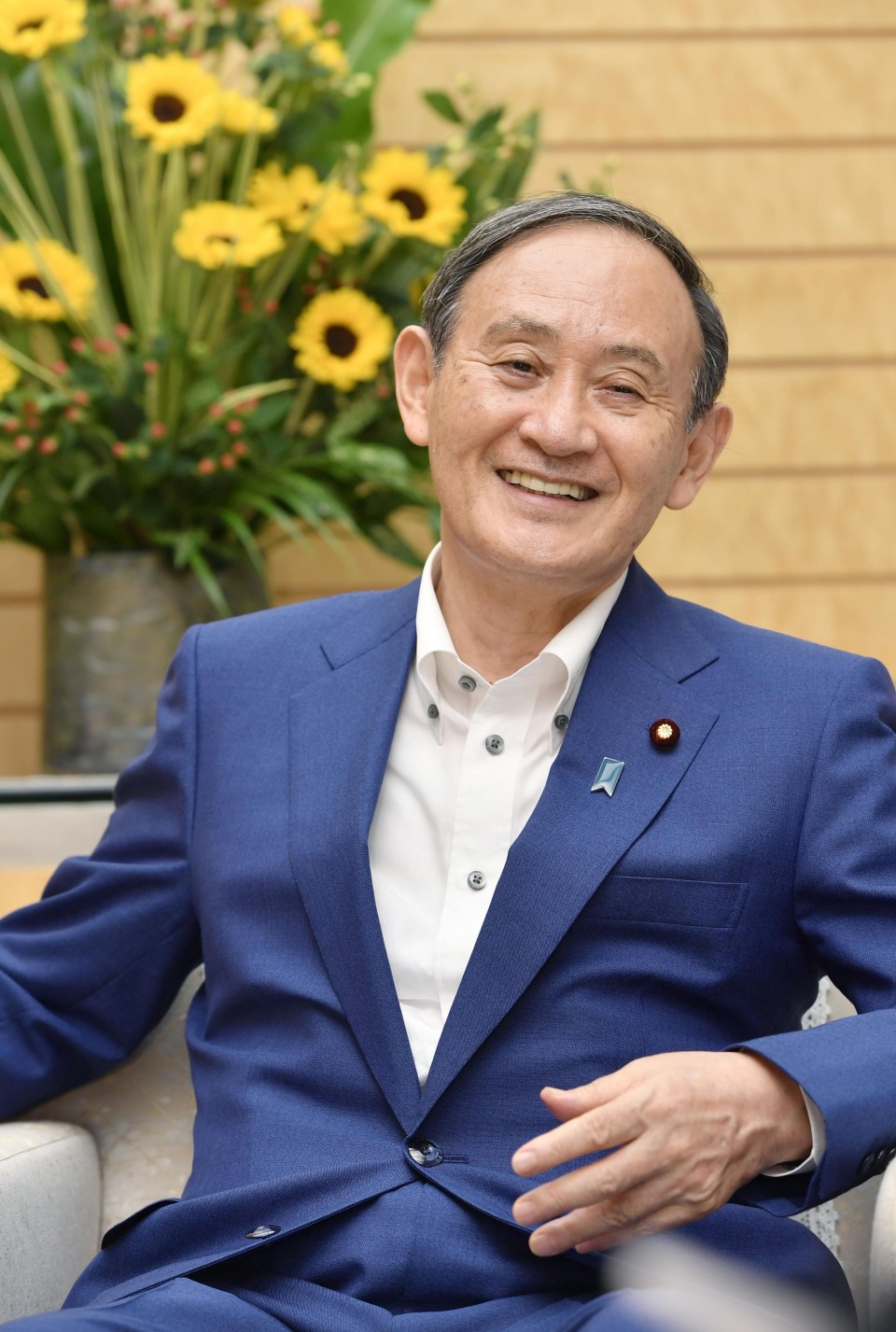 Prime Minister Yoshihide Suga speaks in an interview with Kyodo News in Tokyo on July 16, 2021. (Kyodo)

"It would be nice to have at least some spectators" when the Paralympics are held from Aug. 24 to Sept. 5, Suga said, adding the decision will be made among organizers including his government, the Japanese organizing committee and the International Paralympic Committee.

The organizers had initially agreed to allow up to 10,000 fans per venue at the Olympics but scrapped the plan after a surge in coronavirus cases forced Suga to declare a fourth state of emergency in Tokyo.

They are set to make a decision for the Paralympics after the Olympics close on Aug. 8.

Suga said he will decide when to dissolve the House of Representatives for a general election after COVID-19 vaccinations in the country are further along and infections come under control.

The government is aiming to finish vaccinating all people in Japan who wish to receive shots "at an early timing" sometime between October and November, he said.

The prime minister's Liberal Democratic Party and its junior coalition partner Komeito currently control the powerful lower chamber of parliament, with the four-year terms of its members ending Oct. 21.

Suga meanwhile apologized for "anxiety and confusion" caused by his minister in charge of the coronavirus response, Yasutoshi Nishimura, who had suggested enlisting lenders to enforce a ban on restaurants serving alcohol during the state of emergency.