Shohei Ohtani pitched seven innings of one-run ball for his fifth win in a stellar start as the Los Angeles Angels held off the Colorado Rockies in a 6-2 victory on Monday. 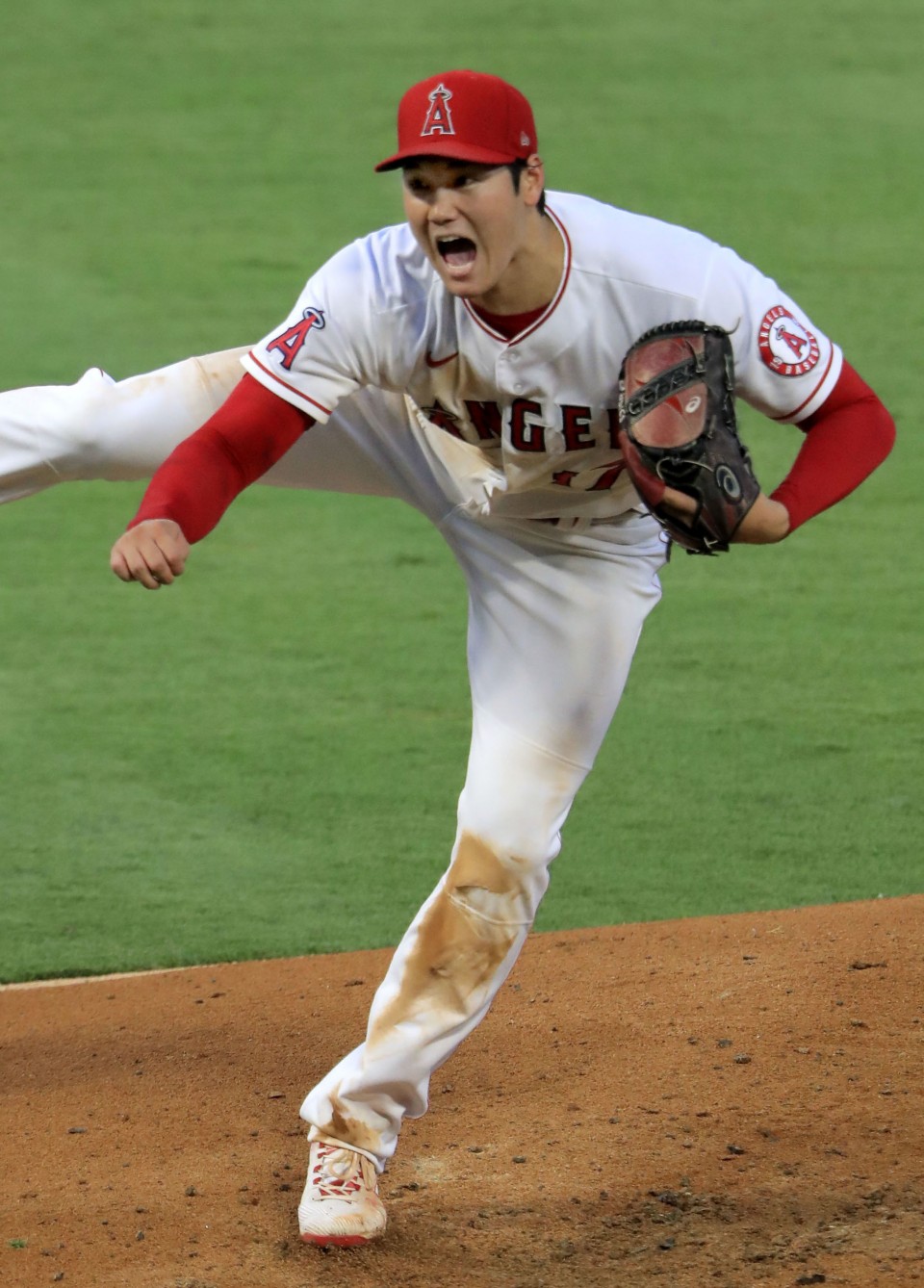 Shohei Ohtani of the Los Angeles Angels reacts after hitting Trevor Story of the Colorado Rockies with a pitch in the fourth inning at Angel Stadium in Anaheim, California, on July 26, 2021. (Kyodo) ==Kyodo

A day after he hit his major league-leading 35th homer at Minnesota, the Japanese two-way star impressed at Angel Stadium, allowing just five hits, striking out five and hitting a batter while walking none in a 99-pitch outing at Angel Stadium.

For the third time this year, Ohtani (5-1) completed seven innings on the mound. The Rockies' run off him came on a fifth-inning home run by catcher Dom Nunez.

At the plate, he drove home the Angels' first run with a broken bat single in the first inning. He then stole second base for his career high 14th steal of the year, and scored on Jared Walsh's RBI single that made it 2-0.

Ohtani went 1-for-4 with two strikeouts, and his batting average remained unchanged at .277. 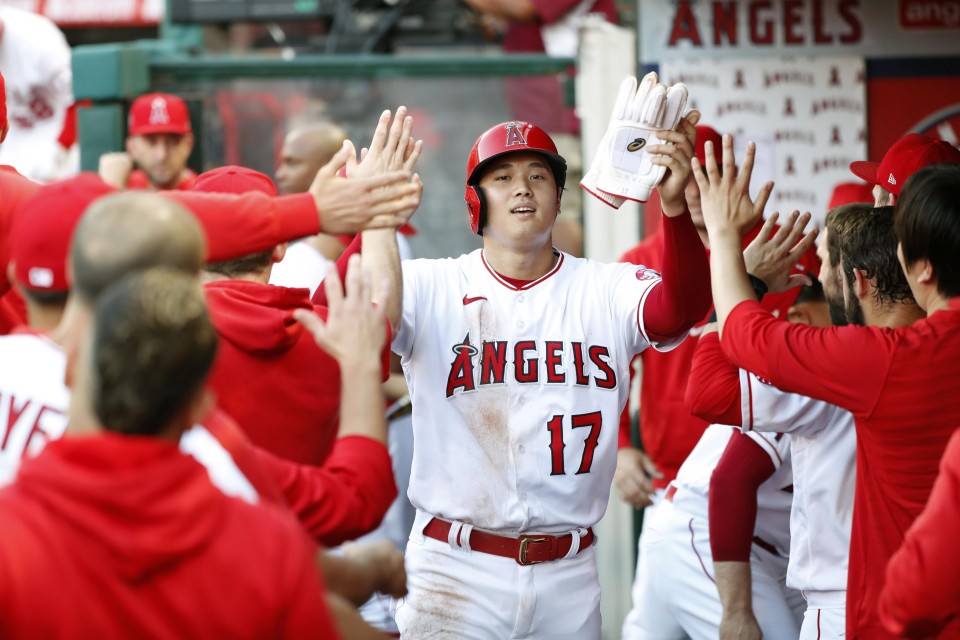 Shohei Ohtani is congratulated by Los Angeles Angels teammates after scoring a run in the first inning against the Colorado Rockies on July 26, 2021, at Angel Stadium in Anaheim, California. (Kyodo) ==Kyodo