French President Emmanuel Macron and other leaders of around 15 countries and international organizations are slated to attend the event at the National Stadium on Friday evening, which will be held without spectators from the general public as the capital remains under a COVID-19 state of emergency. 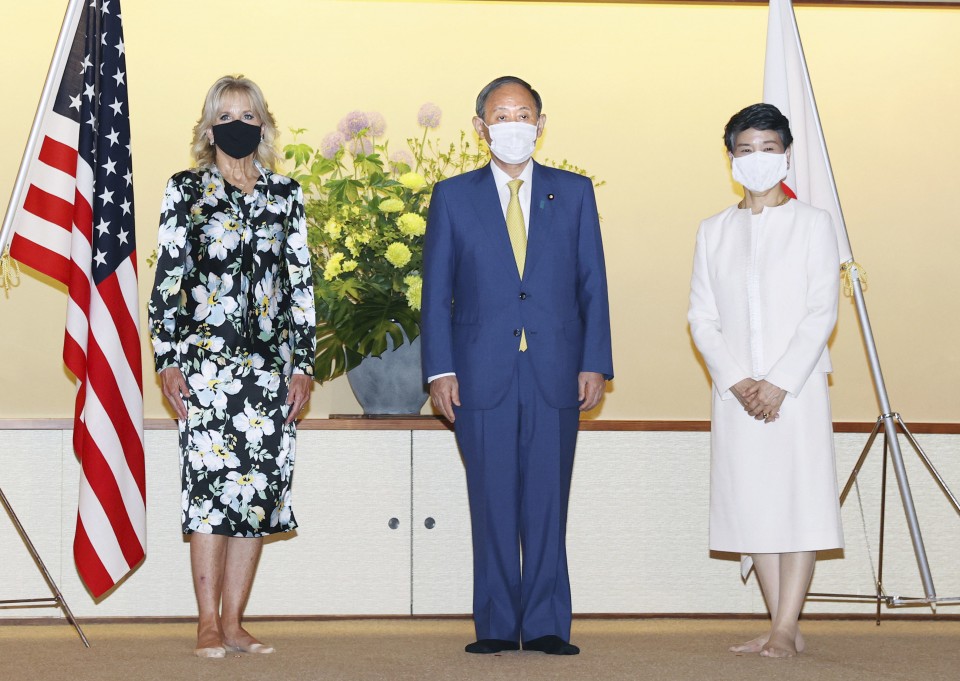 Suga is receiving the foreign dignitaries at Akasaka Palace, a neo-baroque state guest house originally built in 1909 as the crown prince's residence.

The prime minister and his wife Mariko had dinner on Thursday evening with U.S. President Joe Biden's wife, who is leading the American Olympic delegation.

Jill Biden told Suga that she hopes for the success of the Olympic and Paralympic Games, according to the Japanese Foreign Ministry.

The prime minister welcomed Biden's attendance at the opening ceremony, saying it was of "major significance" for Japan-U.S. relations, the ministry said.

The two also discussed education among other topics, it said.

A writing professor at a community college, Biden is visiting Japan for the first time since her husband took office in January. She is scheduled to meet Emperor Naruhito along with other guests at the Imperial Palace on Friday.

Suga is set to meet with Macron on Saturday, when the French leader is expected to raise the issue of child abductions by separated parents.

Vincent Fichot, a 39-year-old French national who says his Japanese wife has abducted their two children, has made headlines for going on a hunger strike near the National Stadium in a bid to raise awareness of the issue. 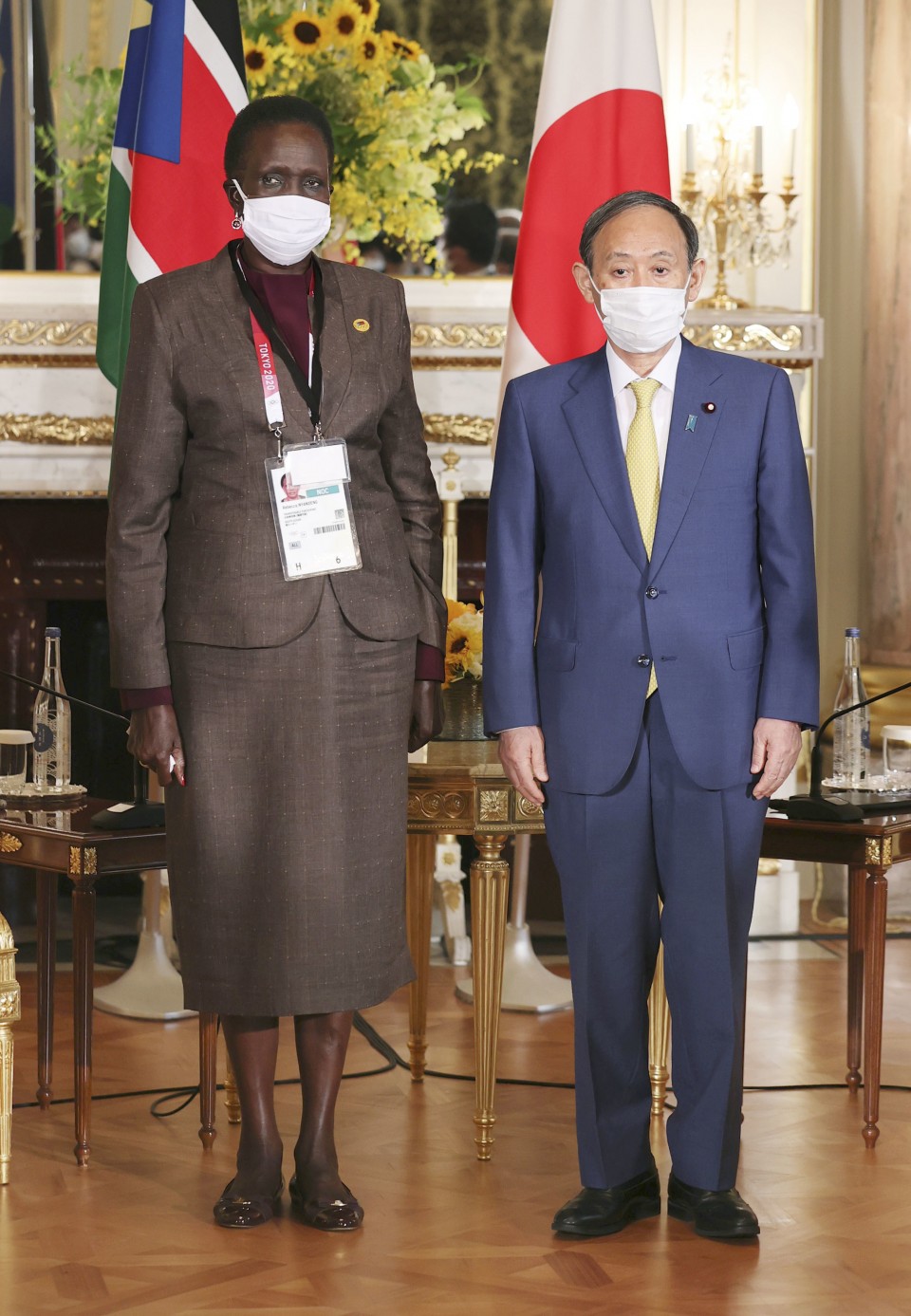 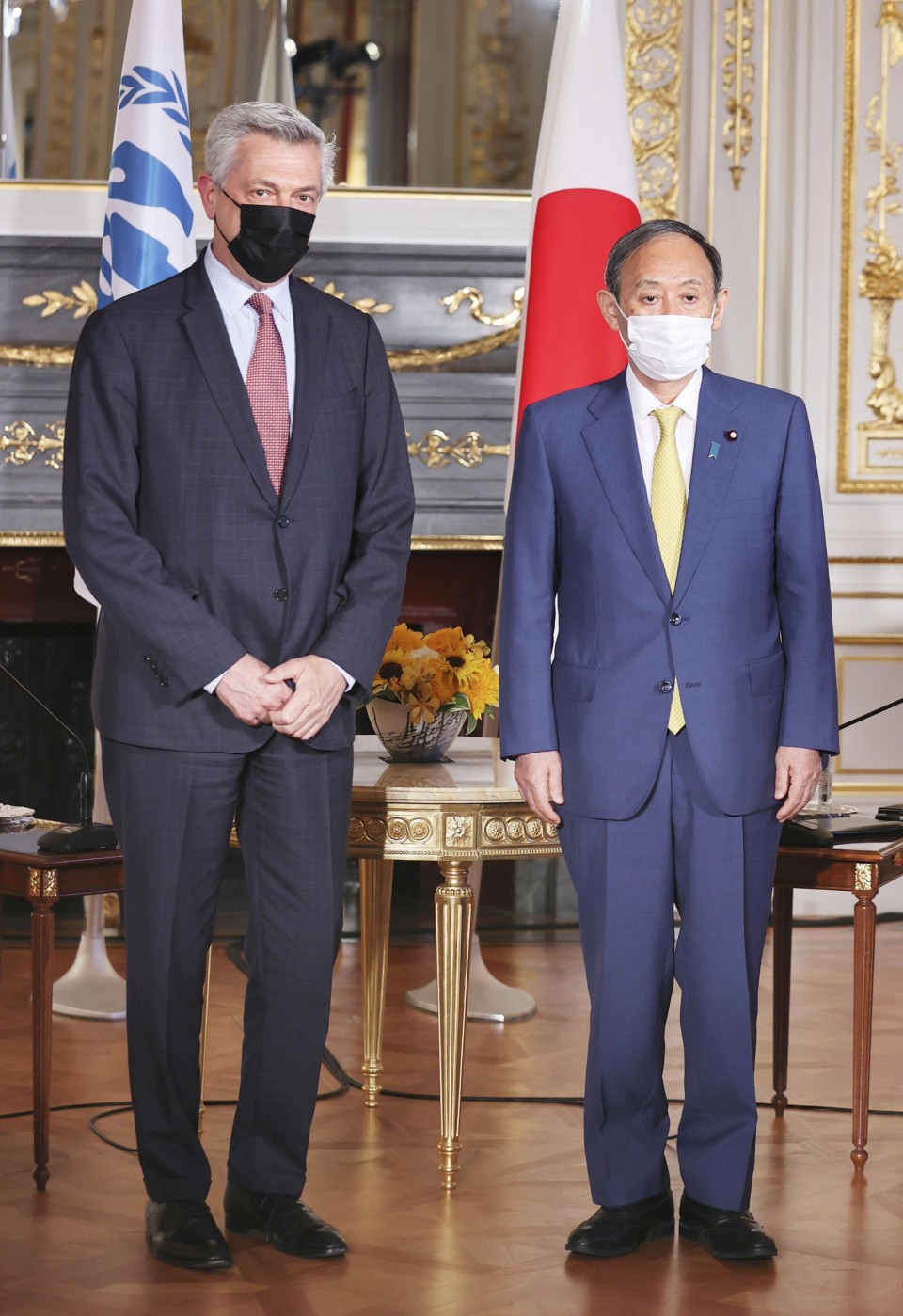 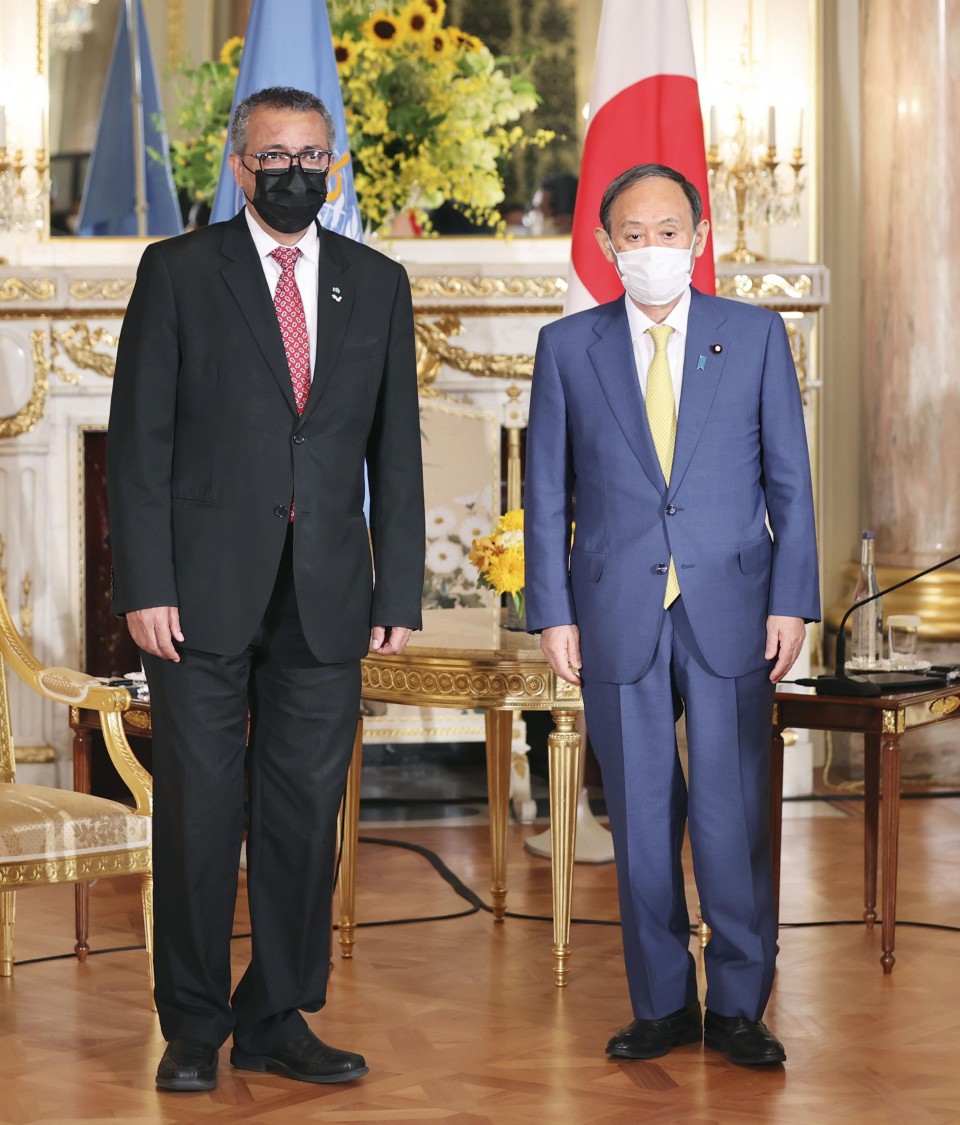 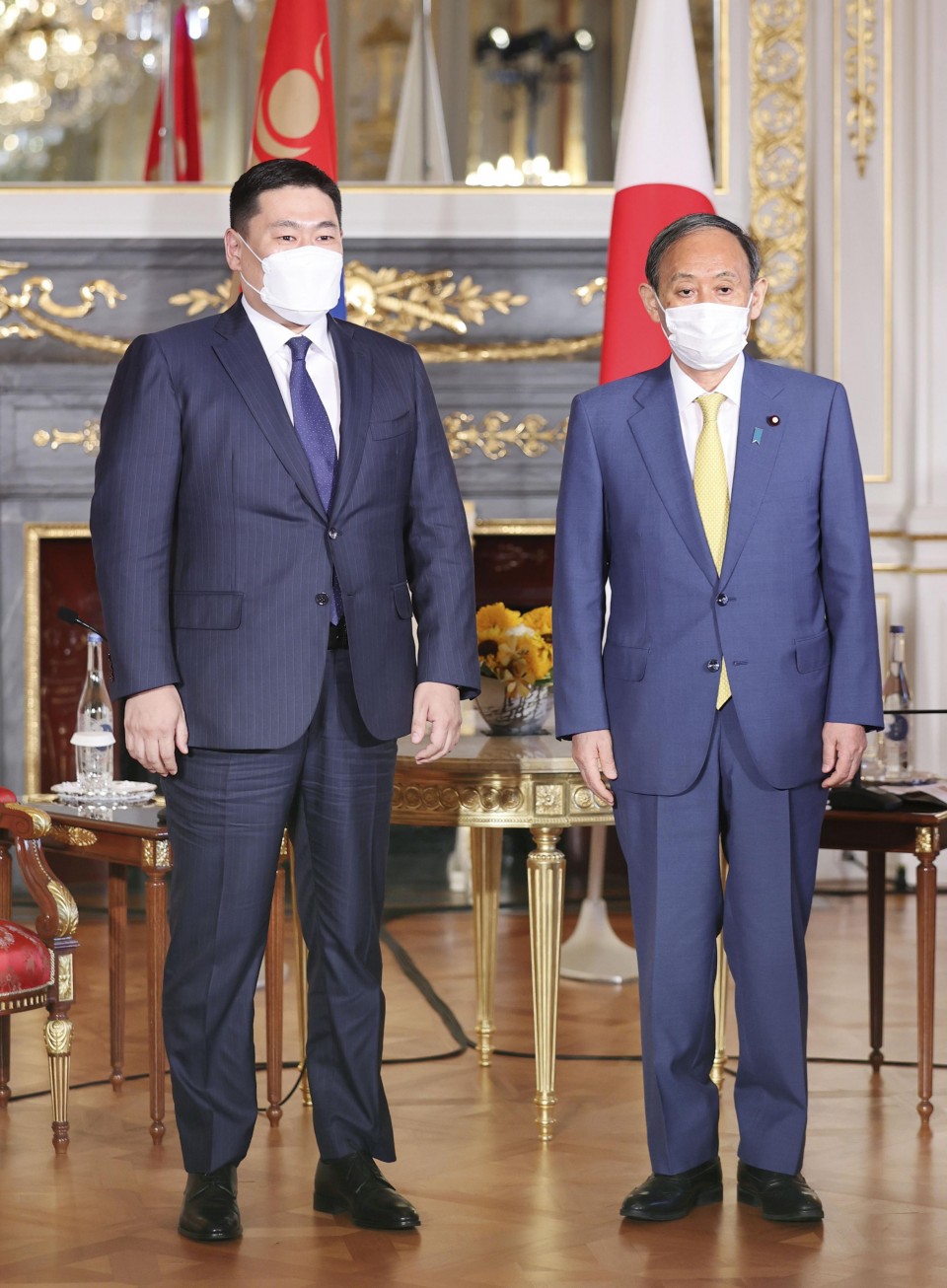 Tedros welcomed the decision to go ahead with the Tokyo Olympics in the face of challenges posed by COVID-19 and praised Japan's efforts to contain infections, according to the Foreign Ministry.

Suga vowed to continue working toward equitable access to vaccines, while stressing the need for a further investigation into the origin of the coronavirus, the ministry said.

The 15 or so world leaders attending the opening ceremony are down from the roughly 40 that attended the same event for the Rio de Janeiro Olympics in 2016.

A senior ministry official said the recent spread of highly contagious coronavirus variants had led many to cancel their trips.

South Korean President Moon Jae In said he will not attend after the deputy chief of mission at the Japanese Embassy in Seoul used a sexually explicit phrase to disparage him.

About 70 Cabinet-level officials are also set to visit Japan, though the top government spokesman, Chief Cabinet Secretary Katsunobu Kato, has said the number may not be finalized until the last minute.

In Suga's meeting with Oyun-Erdene, the two agreed that Japan and Mongolia will cooperate in realizing a free and open Indo-Pacific as well as continue to work toward the immediate resolution of North Korea's abductions of Japanese nationals in the 1970s and 1980s, the ministry said.