Motegi made the remark at an online press conference while visiting Jamaica. When asked about Moon's aborted visit for the opening of the Tokyo Olympics later this week, he only said, "The Japanese government is not in a position to answer." 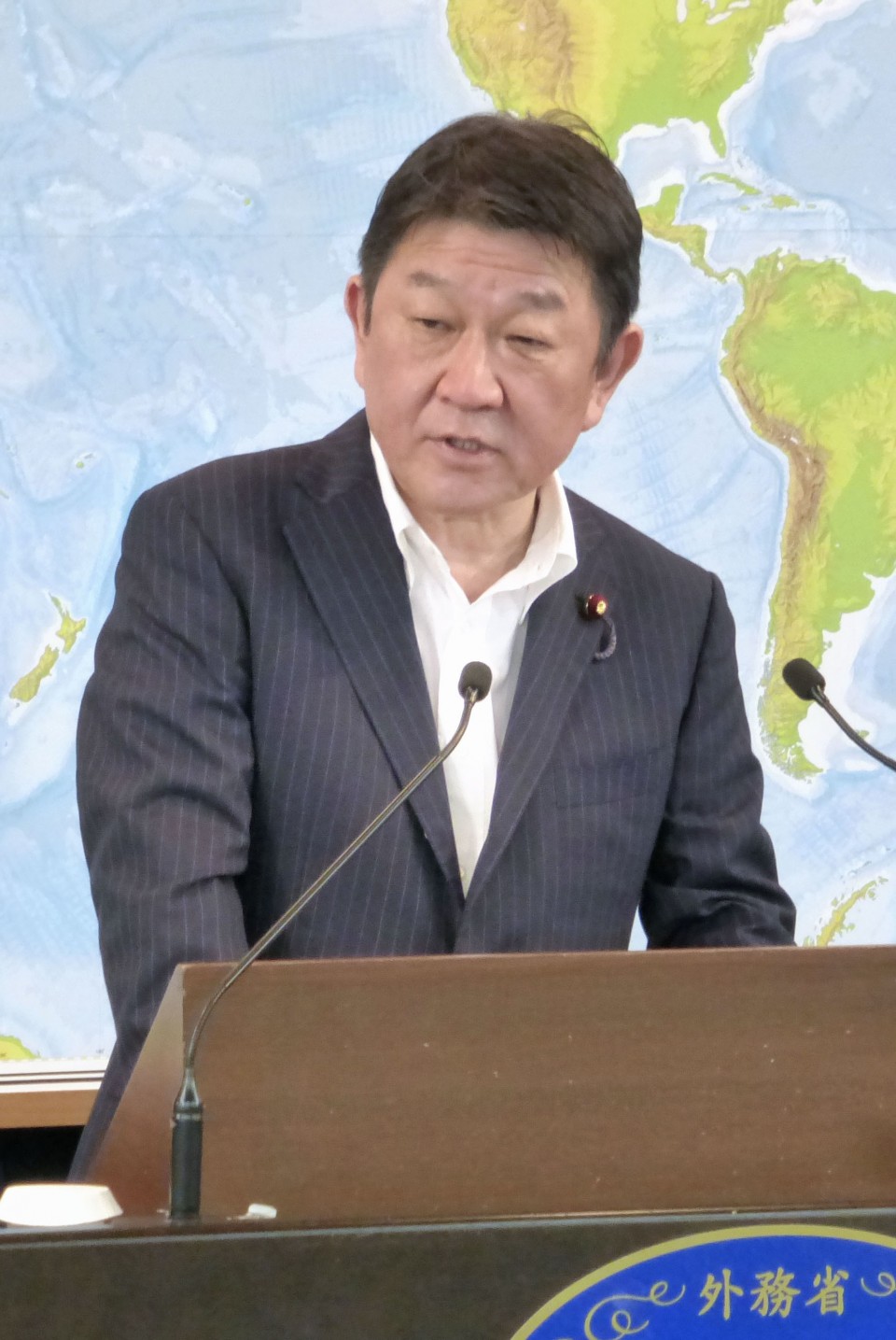 Seoul announced Monday that Moon will not visit Tokyo after a senior Japanese diplomat made inappropriate remarks about the president's efforts to address bilateral ties.

The trip was seen as a chance for Moon and Japanese Prime Minister Yoshihide Suga to hold their first face-to-face talks since the premier took office in September last year.

Ties between the two Asian neighbors remain frosty chiefly over issues stemming from Japan's 1910-1945 colonial rule of the Korean Peninsula such as compensation for wartime labor as well as the issue of "comfort women" in Japan's wartime military brothels.

The South Korean government demanded Tokyo take "visible" steps to prevent similar incidents after Soma made the inappropriate remark to a member of the South Korean media. A Japanese government source said Monday that Japan is planning to remove him from his position at the embassy in Seoul.

Chief Cabinet Secretary Katsunobu Kato has only said that Motegi will "respond from the viewpoint of placing the right person in the right position" with regard to a possible transfer of the deputy envoy, taking into consideration the length of his tenure at the embassy.

Soma has been in his current position since July 2019 and his transfer, should it happen, will be treated as a "normal personnel change," according to Japanese Foreign Ministry sources.