When Rui Hachimura carried the flag for the Olympic host country during the opening ceremony on Friday he showed the world Japan's changing face, one that demonstrates the country is finally embracing a new identity and moving away from its long and well-guarded history of homogeneity.

The 203-centimeter U.S.-based basketball player, born in Toyama to a Japanese mother and a Beninese father, literally bore his country's flag, but also figuratively carried the hopes of a slowly evolving nation. 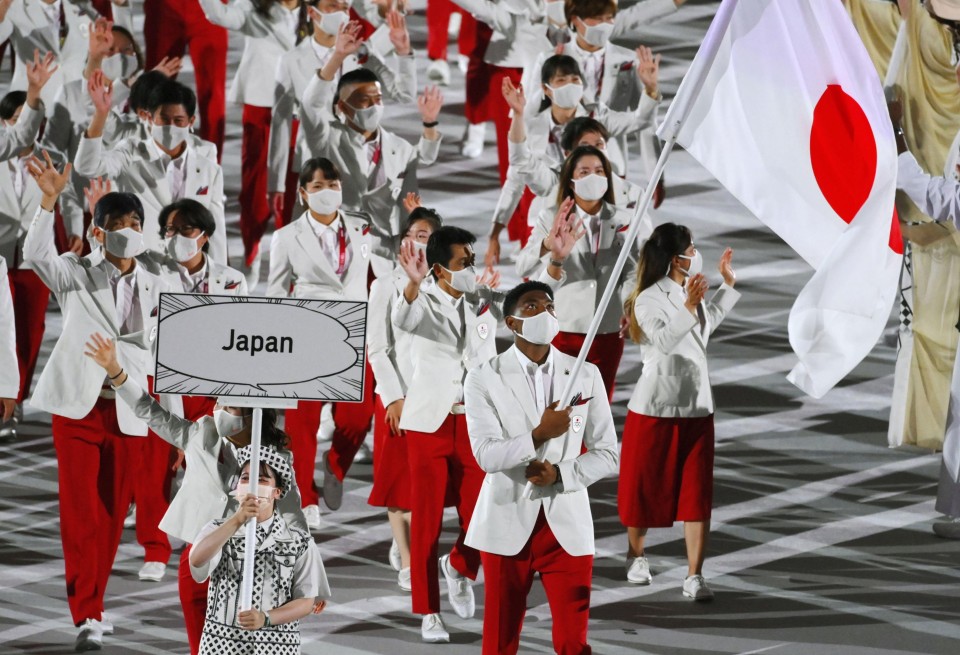 Rui Hachimura (front) holds the flag when Japan's delegation marches during the opening ceremony of the Tokyo Olympics at the National Stadium on July 23, 2021, in Tokyo. (Kyodo)

In addition to Hachimura, some of Japan's other most high-profile athletes come from culturally diverse backgrounds, whether it be Japanese-born, U.S.-raised tennis star Naomi Osaka, U.S.-born and raised surfer Kanoa Igarashi or Ghanaian-Japanese sprinter Abdul Hakim Sani Brown.

Many could have chosen to compete for another nation, but all went with Japan, and few seem to embrace the role of leader more than Hachimura. 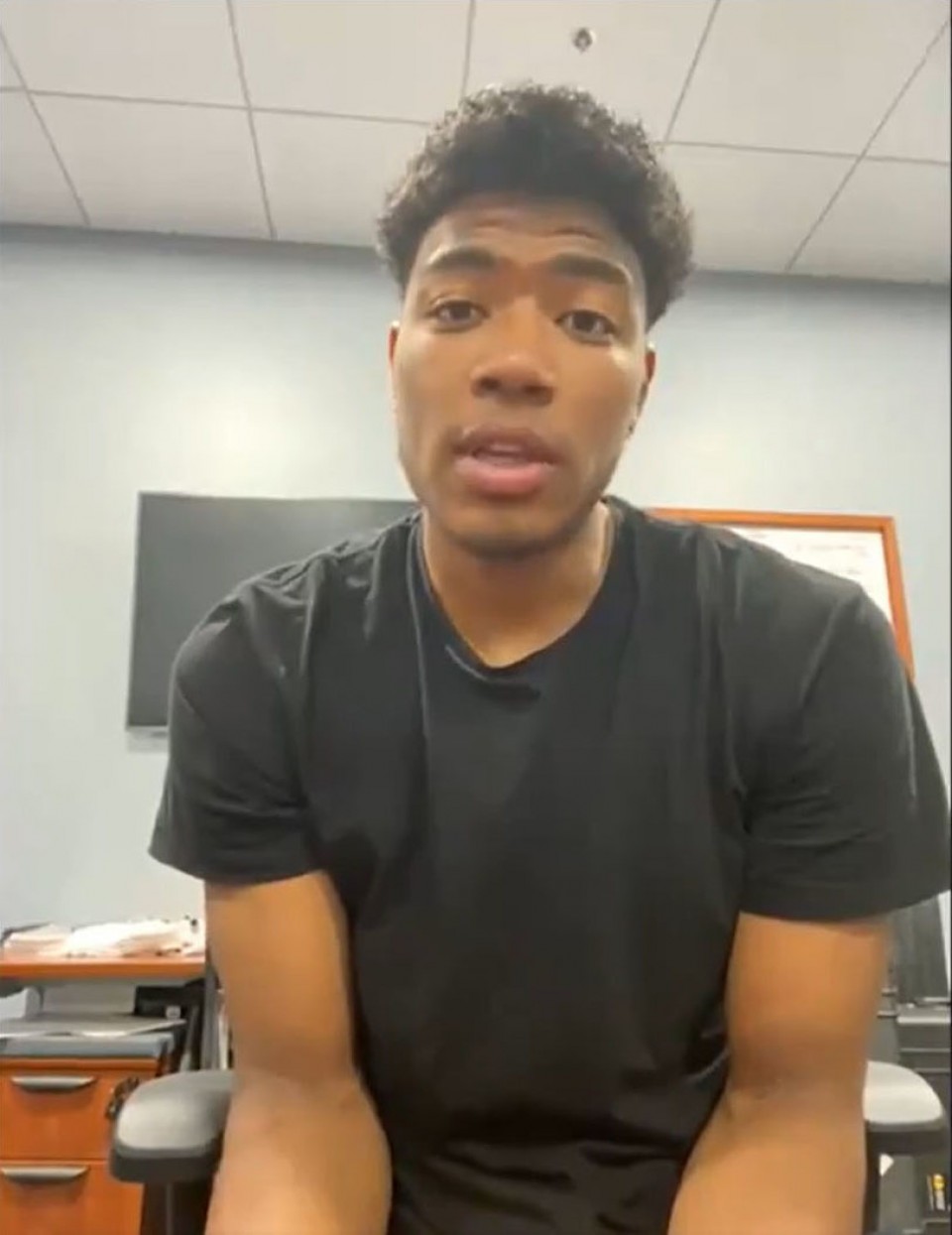 "I am very honored and very happy to be selected on the Japanese team for the Tokyo Olympics. I'm really looking forward to playing on the stage I dreamed of," Hachimura said when the team was announced.

"I would like to put the weight of the Hinomaru (flag) on my shoulders with my teammates, coaches, and staff, and work hard as a team to play in a way that makes all of Japan proud."

The likes of Hachimura and Osaka clearly enjoy a financial benefit from their prominence in Japan, with both having their faces plastered by sponsors across the Olympic city and the airwaves.

Osaka, particularly, has proven a marketers dream, her image, engaging personality and relatability bringing her associations with some of the world's biggest brands. In turn, she has become the highest-earning female athlete in the world, and so popular in Japan that she was given the nod to light the Olympic cauldron. 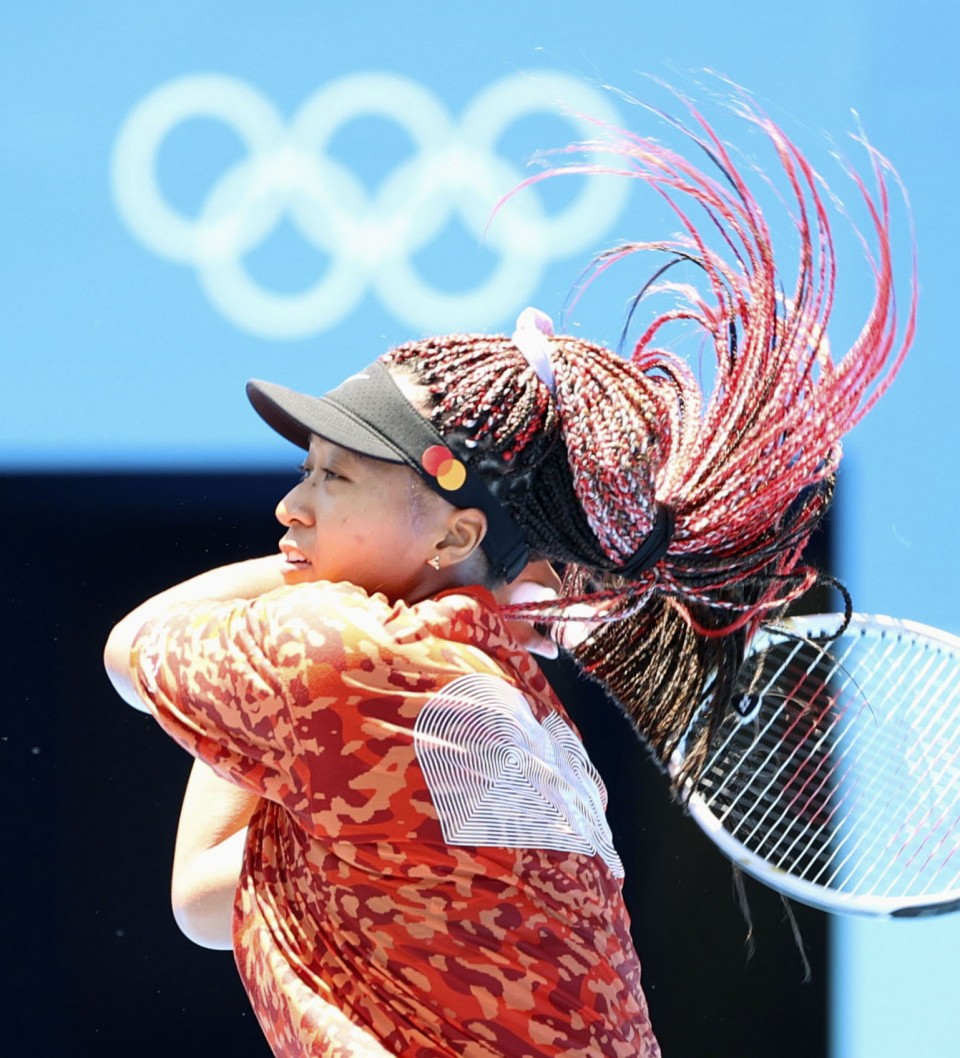 Naomi Osaka practices at Ariake Tennis Park in Tokyo on July 19, 2021, ahead of the Tokyo Olympics starting later in the week. (Kyodo) ==Kyodo

Hachimura is sponsored by the Jordan Brand and Nissin Foods, among others, and in what is perhaps the most Japanese marketing ploy possible, he sells cherry blossom-themed kimono on his personal website.

Money aside, clean-cut stars like Hachimura provide a stark juxtaposition to some of the establishment figures who have dragged the games through the mud and made the public's task of embracing the games during the pandemic harder than it had to be.

Whether it be the former organizing committee head and conservative former prime minister, Yoshiro Mori, making offensive and sexist remarks about the role of women in the workplace, or the games' former creative director Hiroshi Sasaki suggesting plus-sized celebrity Naomi Watanabe play the role of an "Olympig" in the opening ceremony, traditionalist figures have often proven more of a hindrance than a help.

Just in the week leading into the games, two more have stepped down.

Keigo Oyamada, one of the composers for the opening ceremony, resigned after admitting to bullying and abusing children with disabilities in the past, and opening ceremony creative director Kentaro Kobayashi was fired when jokes he made about the Holocaust resurfaced.

Such missteps have become all-too-familiar during the games preparation period, and with this sort of insensitivity seemingly rife within such a high-profile organization, it is no wonder similar incidents are reflected among the public.

Despite his profile, talent and widespread popularity, Hachimura and his family have been targeted online by bigots.

In May, Hachimura's 21-year-old younger brother revealed in a social media post that he had been targeted by racial abuse, including the use of the most insensitive slur a black person can receive in Japanese.

"Some people say racial discrimination does not exist in Japan," the younger Hachimura, a professional basketball player in Japan, said in his post. "But I would like the public to take an interest in the matter."

Hachimura responded to his brother, saying, "Messages like this come almost every day," suggesting the NBA player is often directly targeted with anti-black slurs online as well.

When the Washington Wizards forward plays in Japan's Olympic opener on Monday against a Spanish team that has won a medal at every games since 2008, expectations for the team will be high, probably unrealistically so.

But no matter how big Hachimura comes up on the floor, he will have already helped his nation take sizable, if reluctant, strides off it.