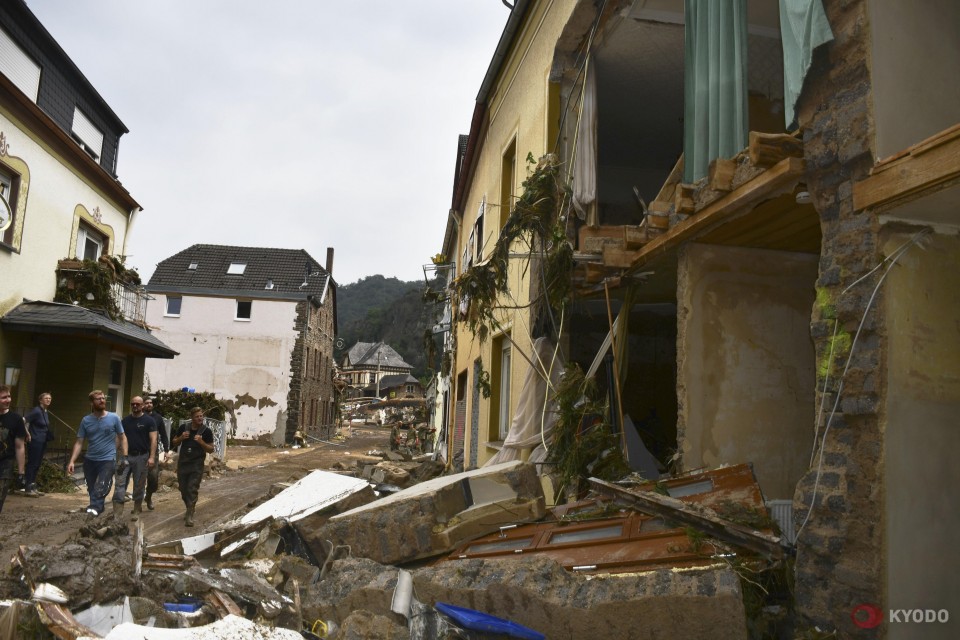 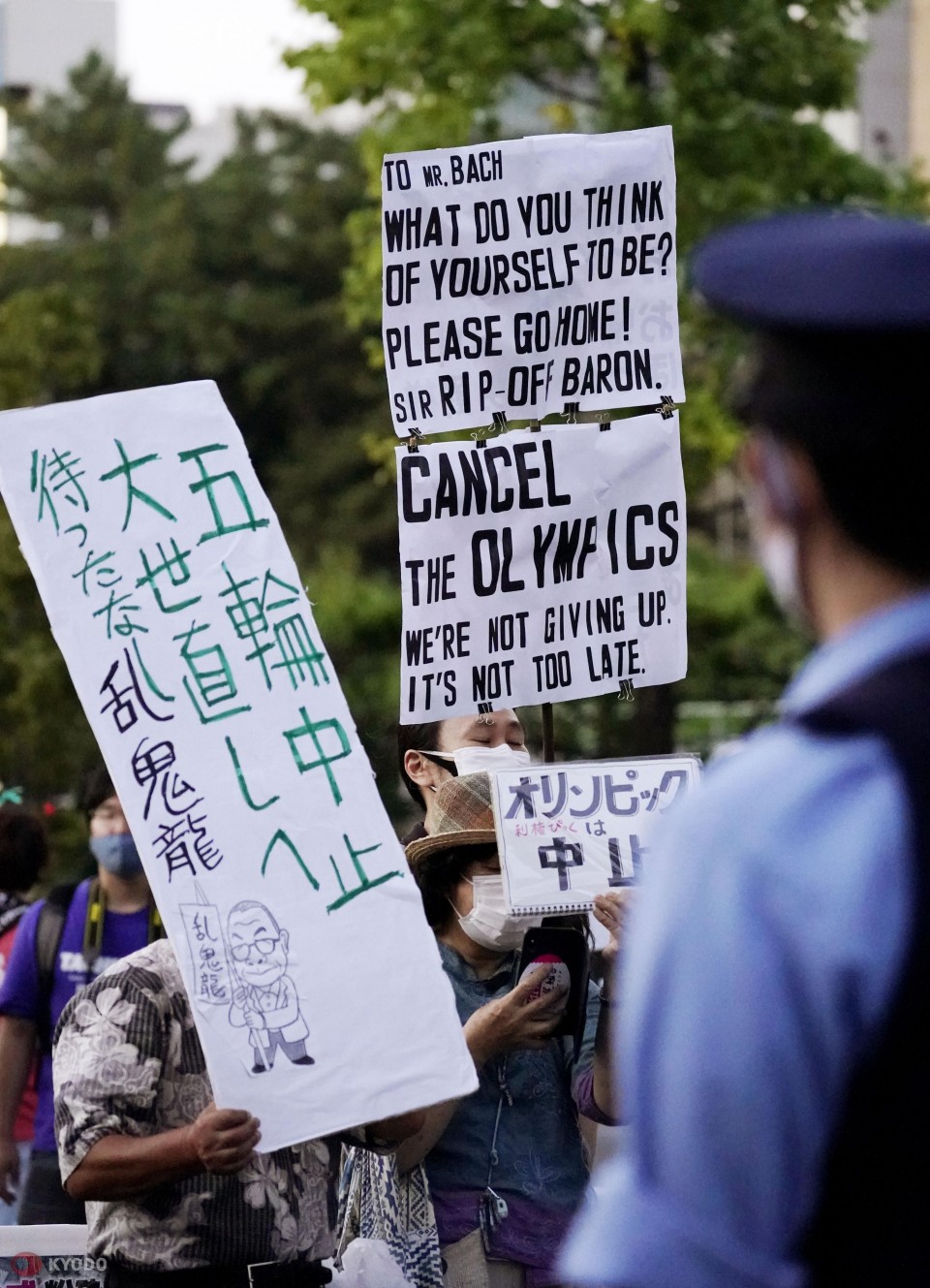 People gather in front of the State Guest House in Tokyo on July 18, 2021, to protest against the Tokyo Olympics and Paralympics and against a welcome party being held for International Olympic Committee chief Thomas Bach inside the building. (Kyodo) ==Kyodo 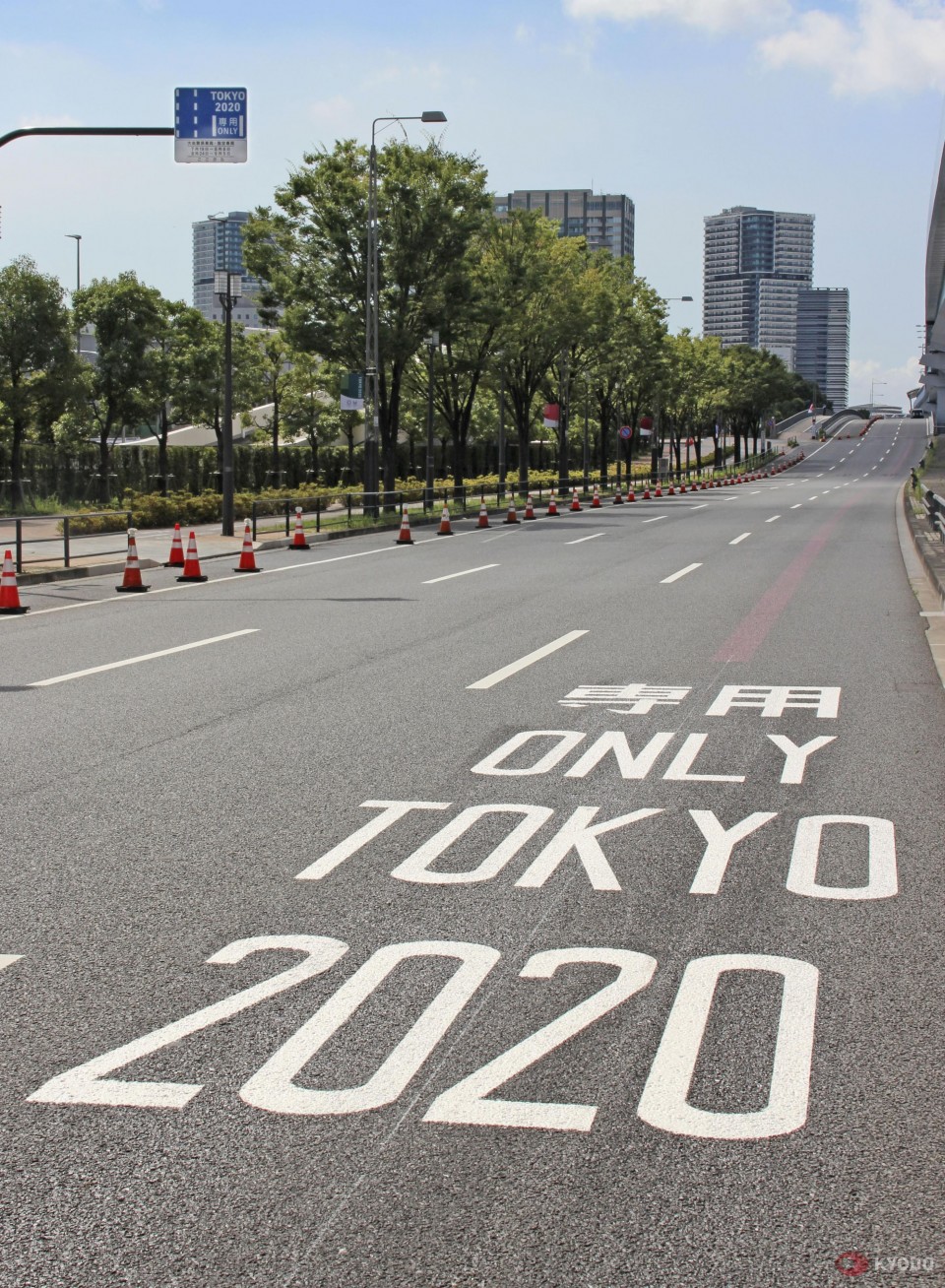 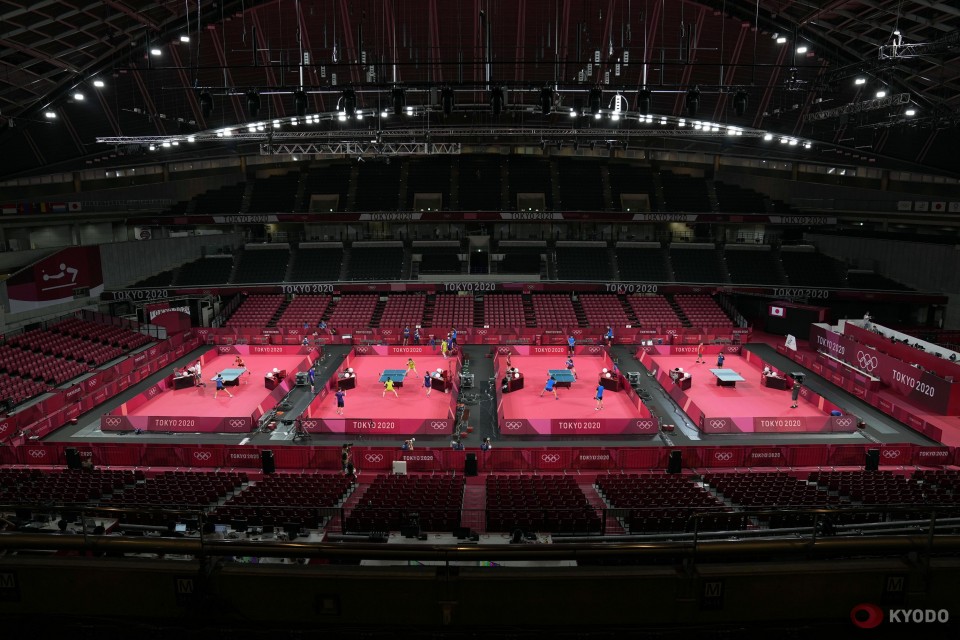 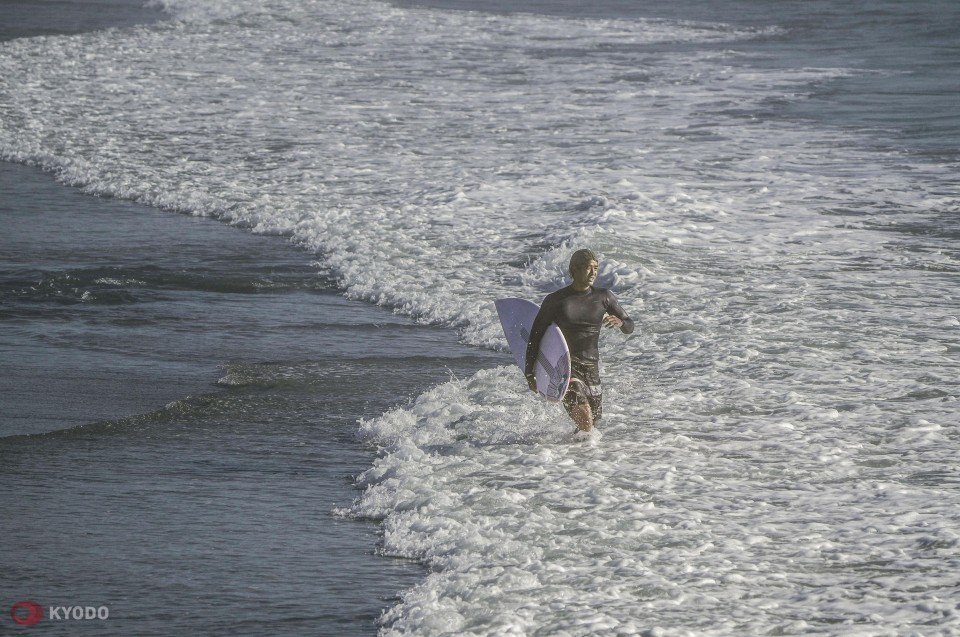 Japanese surfer Kanoa Igarashi is pictured during official practice at Tsurigasaki Surfing Beach in the Chiba Prefecture town of Ichinomiya on July 20, 2021, ahead of the Tokyo Olympics starting later in the week. (Kyodo) ==Kyodo 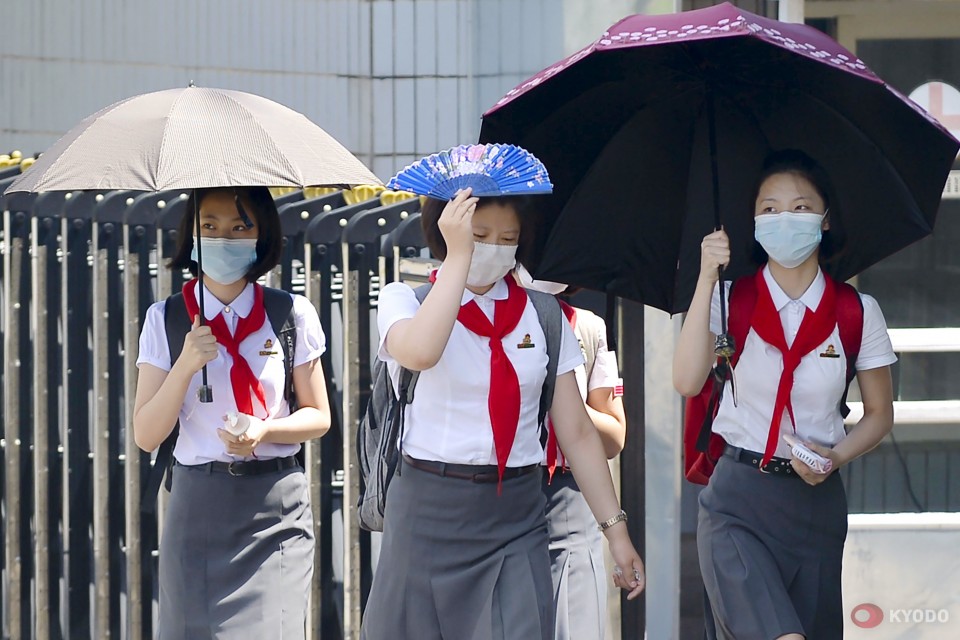 People wearing masks for protection against the coronavirus walk in Pyongyang amid the scorching summer heat on July 20, 2021. (Kyodo) ==Kyodo 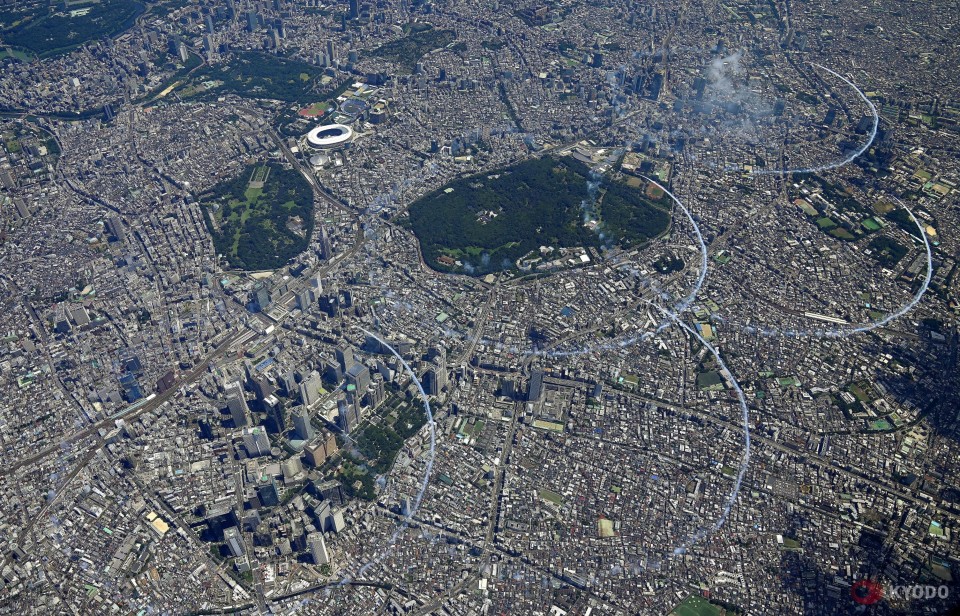 Photo taken from a Kyodo News helicopter shows the Japanese Air Self-Defense Force's Blue Impulse aerobatic team drawing the five Olympic rings with smoke in the sky over central Tokyo on July 21, 2021, in rehearsal for performance planned on July 23, the day of the Tokyo Olympics opening ceremony. (Kyodo) ==Kyodo 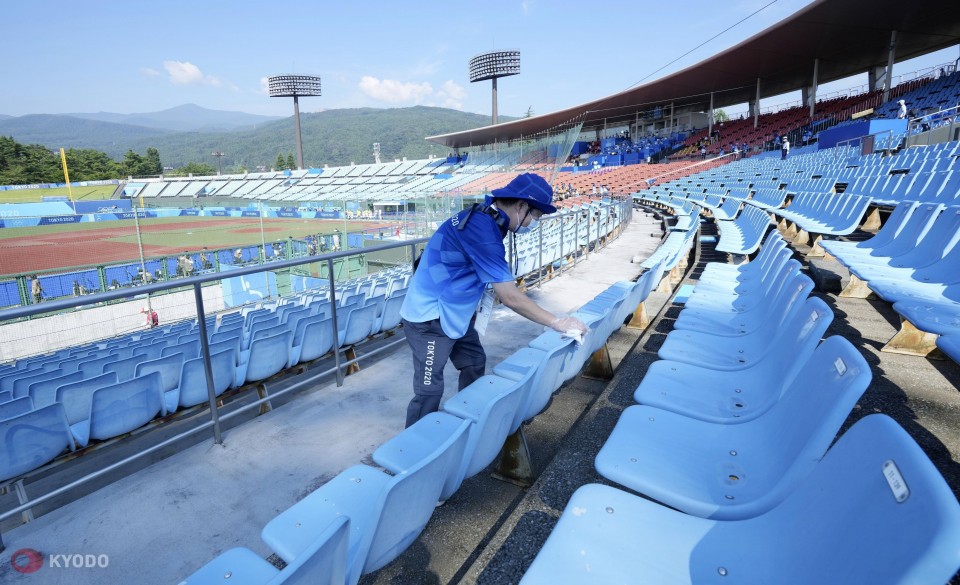 A volunteer wipes down seats in the empty stands at Fukushima Azuma stadium in Fukushima, northeastern Japan, on July 21, 2021, the venue of the Tokyo Olympic softball tournament's opening game between Japan and Australia. The game was played behind closed doors amid the coronavirus pandemic ahead of the July 23 opening ceremony of the Olympics. (Kyodo) ==Kyodo 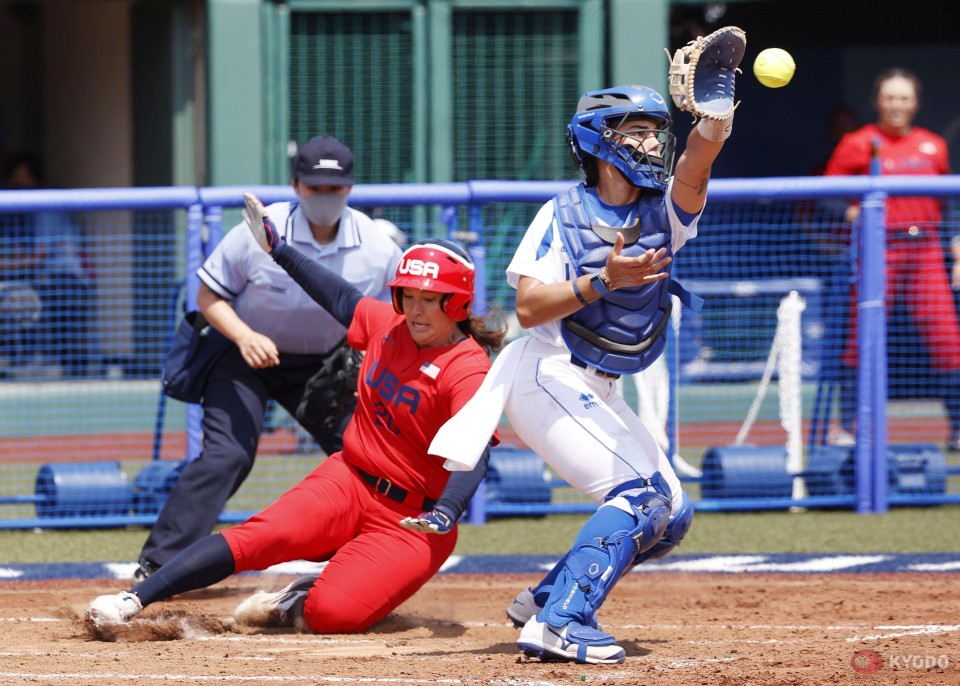 Valerie Arioto (C) of the United States scores on a single by Michelle Moultrie as Italy catcher Erika Piancastelli takes the throw in the fourth inning of their opening-round game of the Tokyo Olympic softball tournament at Fukushima Azuma stadium in Fukushima, northeastern Japan, on July 21, 2021, two days before the opening ceremony of the Olympics. (Kyodo) ==Kyodo 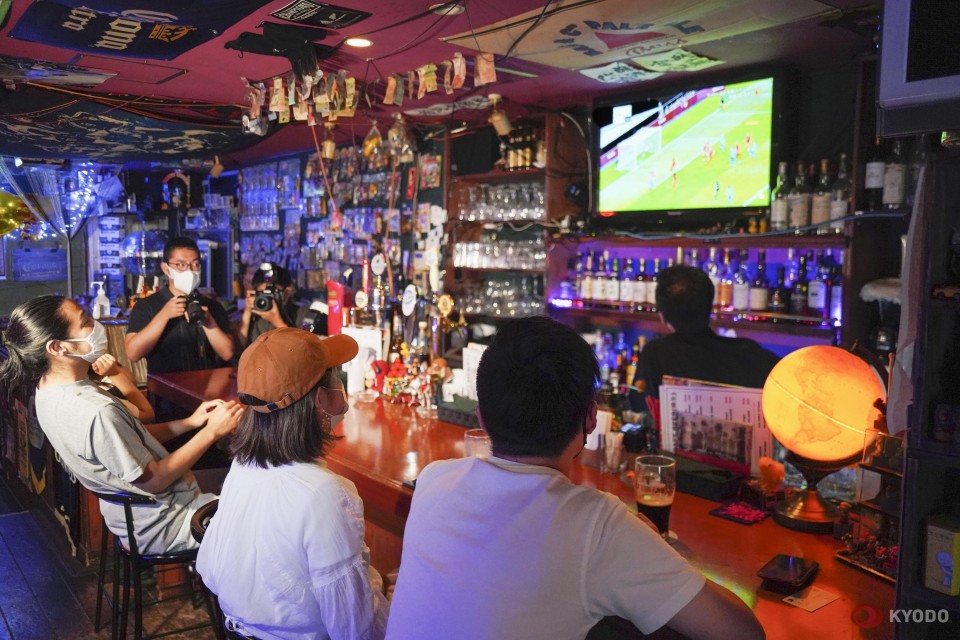 People watch a Tokyo Olympic women's football match between Japan and Canada on TV at a sports bar in Sapporo, northern Japan, on July 21, 2021. The match was played behind closed doors at Sapporo Dome amid the coronavirus pandemic. (Kyodo) ==Kyodo 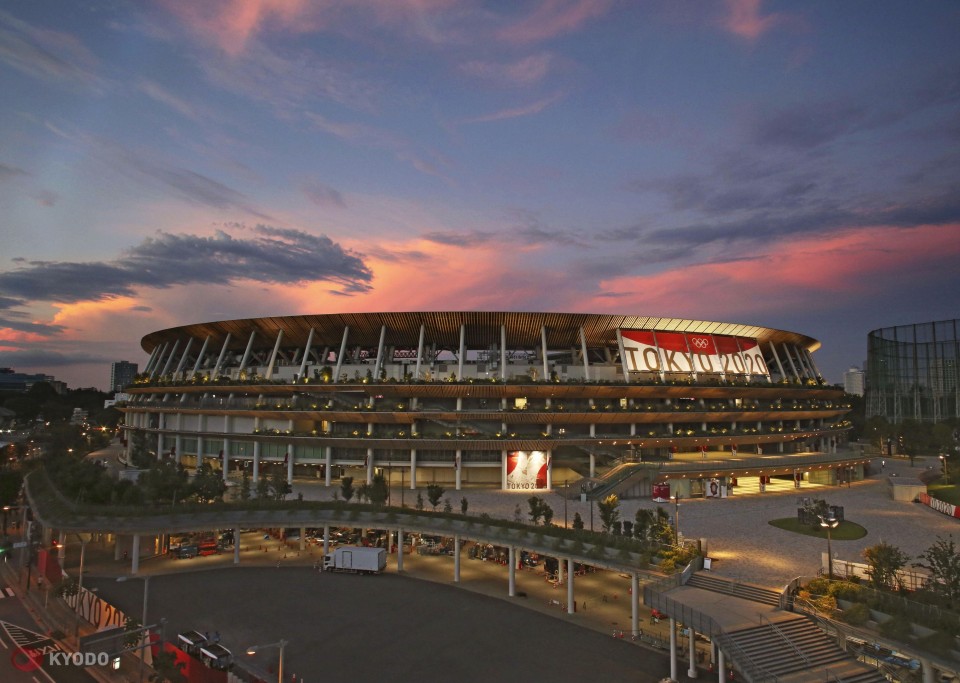 Photo shows National Stadium at sunset in Tokyo on July 22, 2021, a day before the opening ceremony of the Tokyo Olympics is held there without spectators from the general public due to a surge in novel coronavirus infections. (Kyodo) ==Kyodo
Copyright © 2021 Kyodo News
All rights reserved.
No reproduction, republication or redistribution without written permission.