Japan's Yui Ohashi won swimming gold in the women's 400-meter individual medley at the Tokyo Olympics on Sunday, the host country's first medal of the games in the sport.

Ohashi, the national record holder in the 200m and 400m IM events who is making her first Olympic appearance, touched the wall first in 4 minutes, 32.08 seconds at the Tokyo Aquatics Centre. 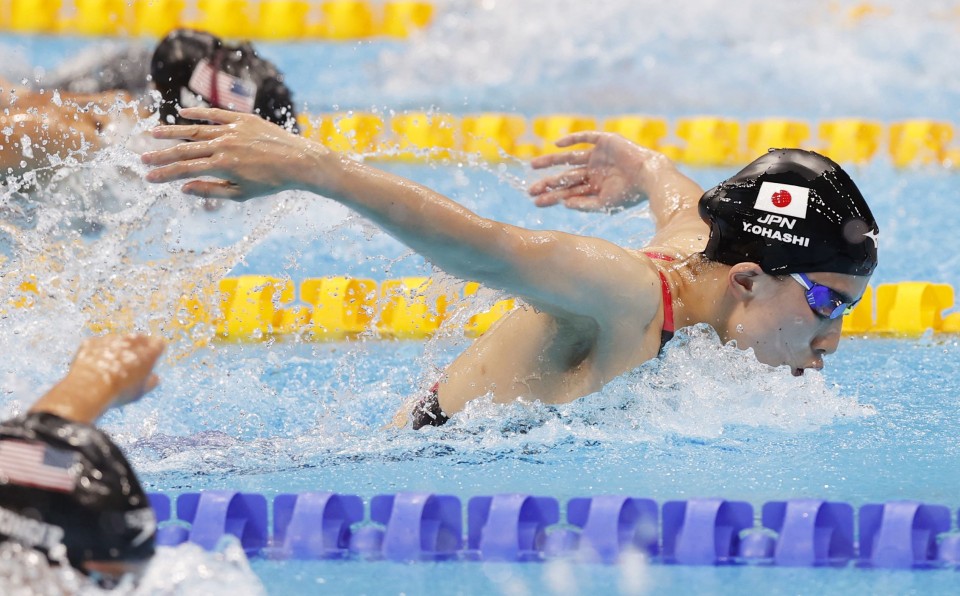 "I never thought I could win the gold medal. A lot has happened before reaching this point, but I'm grateful I was given the chance to have this challenge, and many people supported me so I can swim to the best of my ability. I'm really grateful," she said. 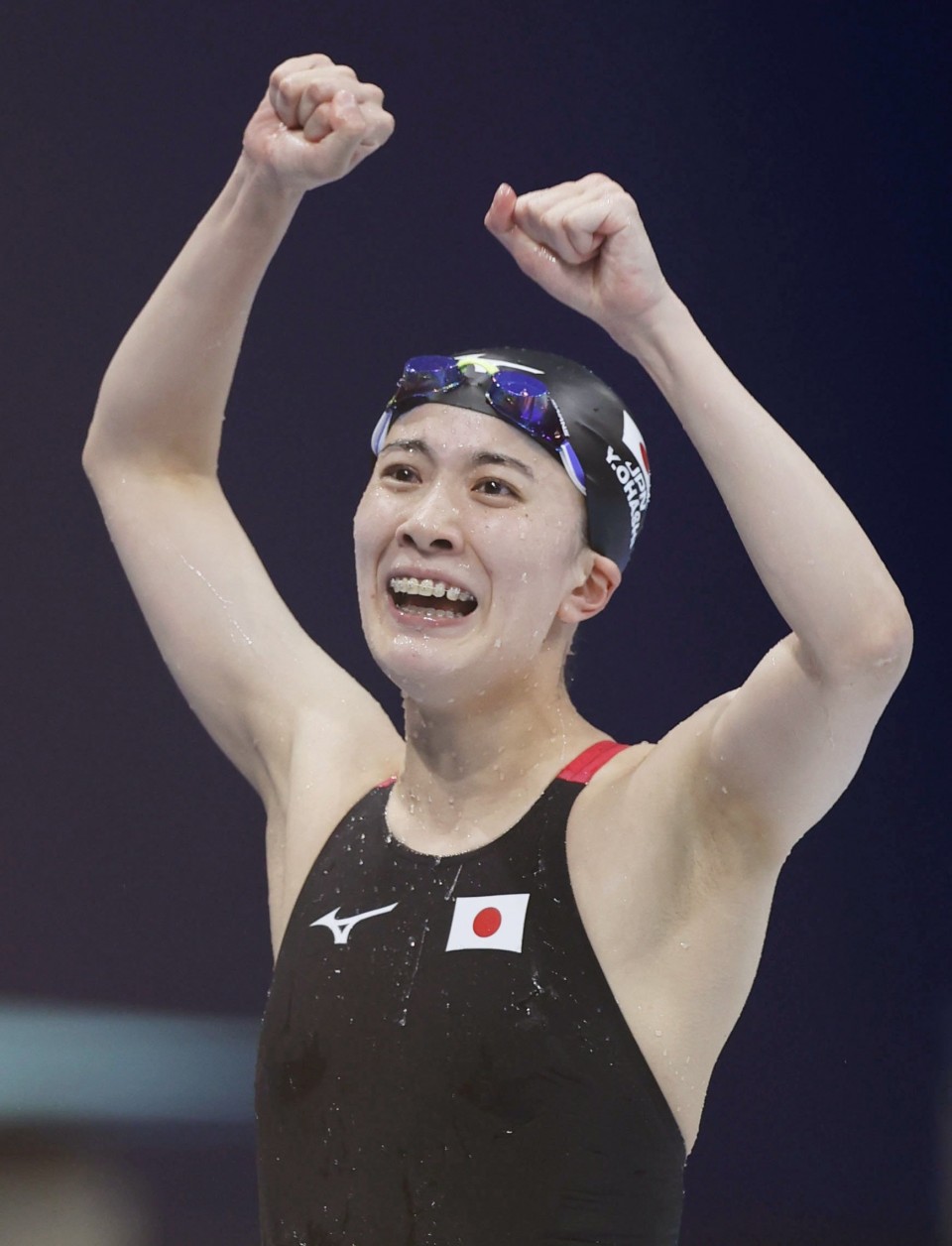 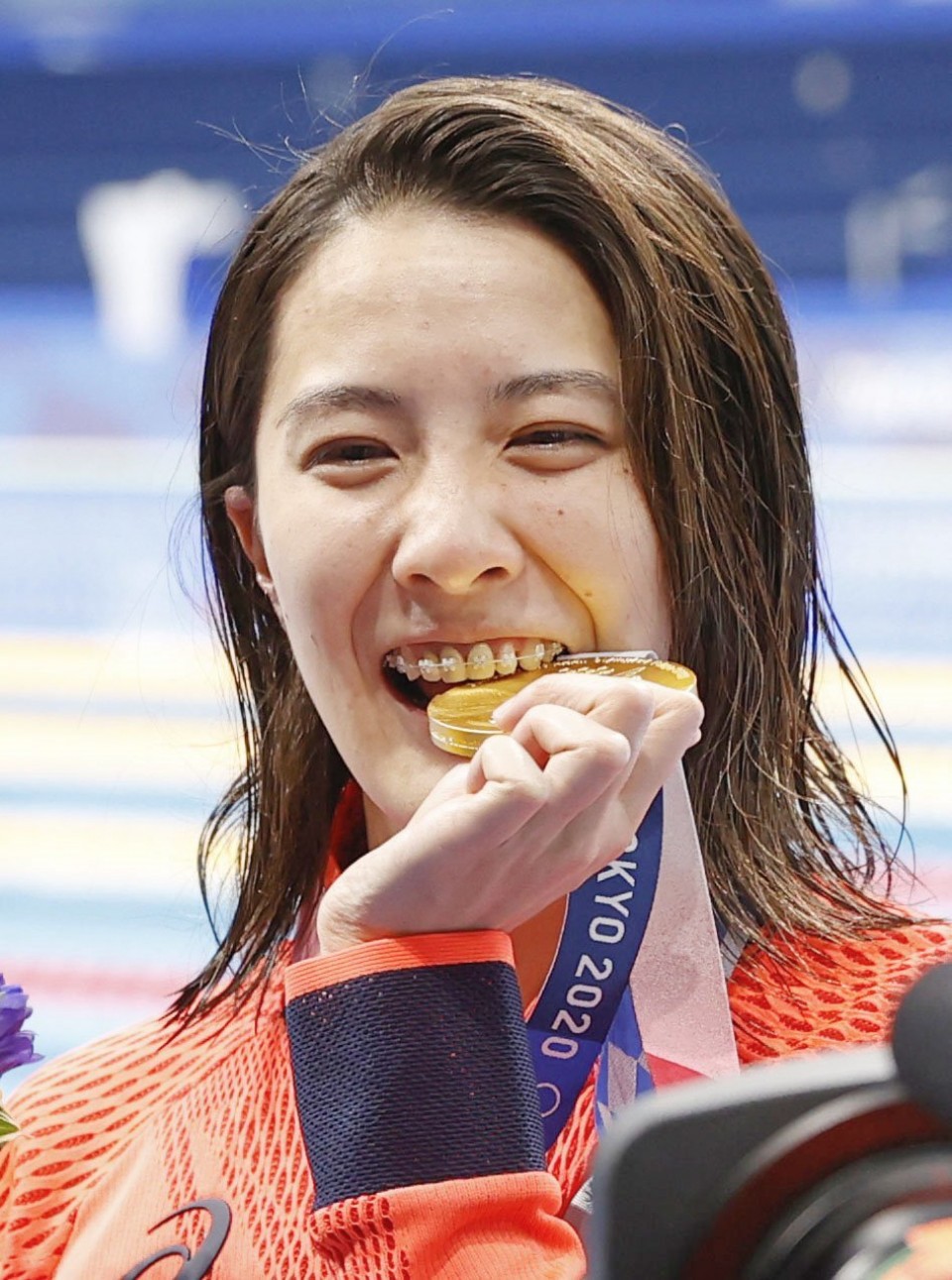 Yui Ohashi of Japan celebrates after winning the gold medal in the women's 400-meter individual medley of the Tokyo Olympics on July 25, 2021, at Tokyo Aquatics Centre. (Kyodo) ==Kyodo

"Managing to get this sort of time, when swimming in the morning, made me feel the things I've been doing (in preparation) were right. It was a really fun race."

It was the first gold medal in the event for Japan and the first podium finish since the 2000 Games in Sydney when Yasuko Tajima won silver.

The 25-year-old Shiga Prefecture native was third after the butterfly leg, second after the backstroke, and built a strong lead with her breaststroke.

"It didn't feel real until I was called the Olympic champion (before getting on to the podium). That's when it sunk in and I was overcome with joy," said a tearful Ohashi.

After missing out on the Rio de Janeiro Olympics in 2016, Ohashi finished runner-up in the 200 IM when she made her world championships debut in 2017 and also came third in the 400 IM at the 2019 worlds.

"After the last Olympics, I became more determined to be a leader through this event and I am confident that I've done that," she said.

Standing at 174 centimeters Ohashi developed her skills under the tutelage of Japan head coach Norimasa Hirai, who saw great potential in her. But she was a late developer and had to overcome injuries and a blood condition called anemia.

Ohashi said words of encouragement from her mentor before the final settled her nerves.

"He told me 'It's natural to get nervous so just go for it,' and 'don't look at what the other swimmers are doing and stick to your race plan, then you'll definitely be okay.' That calmed me down," she said.

Ohashi thanked her parents for looking after her when she was battling anemia and also for the positive messages she always receives before and after the races, saying it was "a gold medal won by the whole family."

"I had some anxiety, but I swam well yesterday and I just tried to swim my way, believing in myself," she said. "Everyone in the (Japan swimming) team supported me so much, many people cheered me up when I was feeling down."

"It still feels like dream. It was really fun swimming and it was everything I'm swimming for."

Ohashi can add to her first Olympic medal when she starts her 200 IM campaign on Monday.