Rugby Australia tore up Folau's contract ahead of the 2019 World Cup after the player wrote on social media that "hell awaits" gay people and others he considers sinners.

The sacking sparked a prolonged legal battle that ended in an out-of-court settlement. 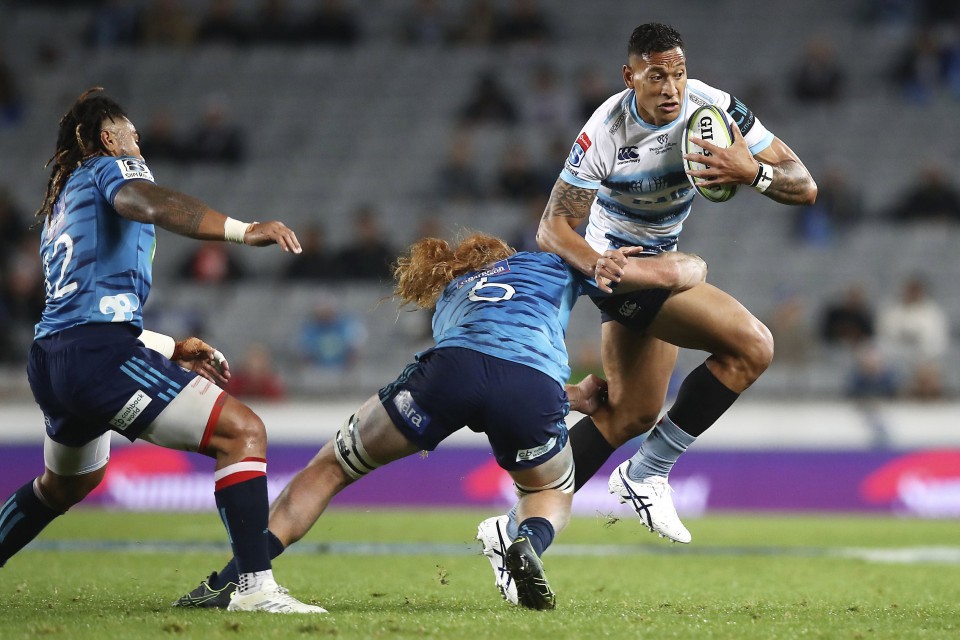 Israel Folau is tackled during a Super Rugby match in April 2019 in Auckland.(GettyKyodo)

The 32-year-old Folau recently parted ways with the France-based Catalans Dragons, who compete in Britain's Super League, before returning to Australia, where he had been poised to play in a state-based rugby league competition.

The Shining Arcs also announced that Rob Penney, former head coach of Australian Super Rugby side the Waratahs, is returning to the team as director of rugby, having previously coached them from 2014 to 2019.

Australian-born Japan international James Moore and New Zealand Maori flyhalf Otere Black are among the five other players added to the club's roster on Monday.

Formerly one of the biggest stars of Australia's National Rugby League with the Melbourne Storm and later the Brisbane Broncos, Folau made the switch to rugby union following a short stint playing Australian rules football.

A three-time winner of the John Eales Medal, awarded to Australia's best rugby union player, Folau scored 37 tries in 73 tests for the Wallabies. Following his sacking, he switched codes back to rugby league to play with the Dragons.