The Japanese government is leaning toward keeping the quasi-state of emergency covering the Tokyo metropolitan area in place during the Summer Olympics amid a resurgence in coronavirus cases, government sources said Sunday.

Prime Minister Yoshihide Suga will finalize the decision to keep the measure, which had been slated to end July 11, for about one additional month at a task force meeting on Thursday. 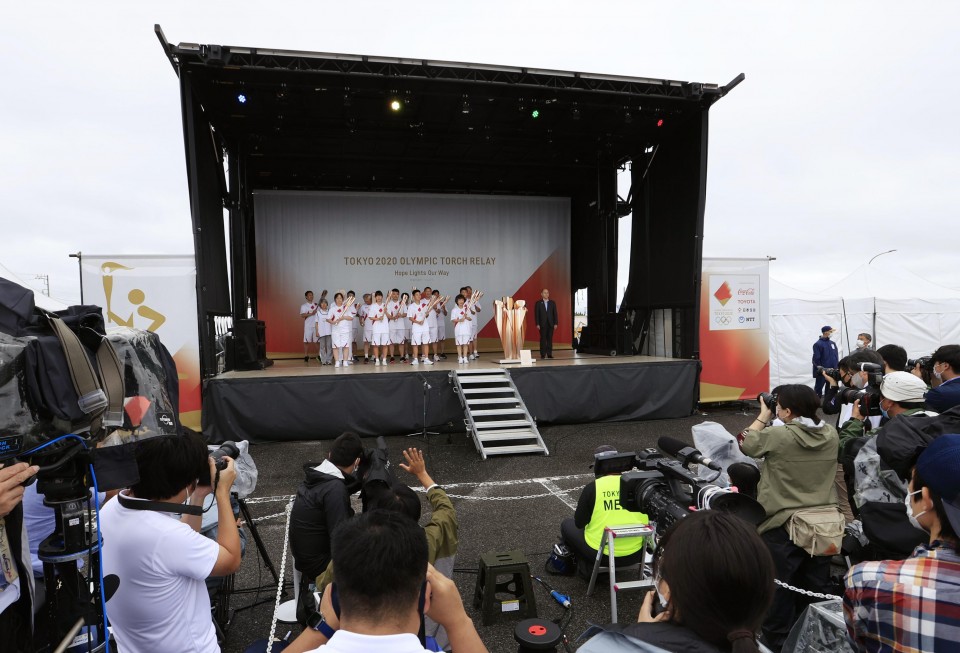 Tokyo Olympic torch relay runners take part in an alternative event for the torch relay at a seaside park in the Chiba Prefecture city of Sanmu, eastern Japan, on July 1, 2021. The torch relay leg was canceled amid the coronavirus pandemic. (Kyodo) ==Kyodo

Tokyo, Chiba, Saitama and Kanagawa prefectures will remain under restrictions on business activity, which currently include asking restaurants to stop serving alcohol by 7 p.m. and close by 8 p.m.

Coronavirus cases have been creeping back up in the capital, climbing to 518 on Sunday from 386 a week ago.

The resurgence comes amid mounting concerns that the Olympics, set to begin July 23, could become a COVID-19 superspreader event, especially if held with spectators. 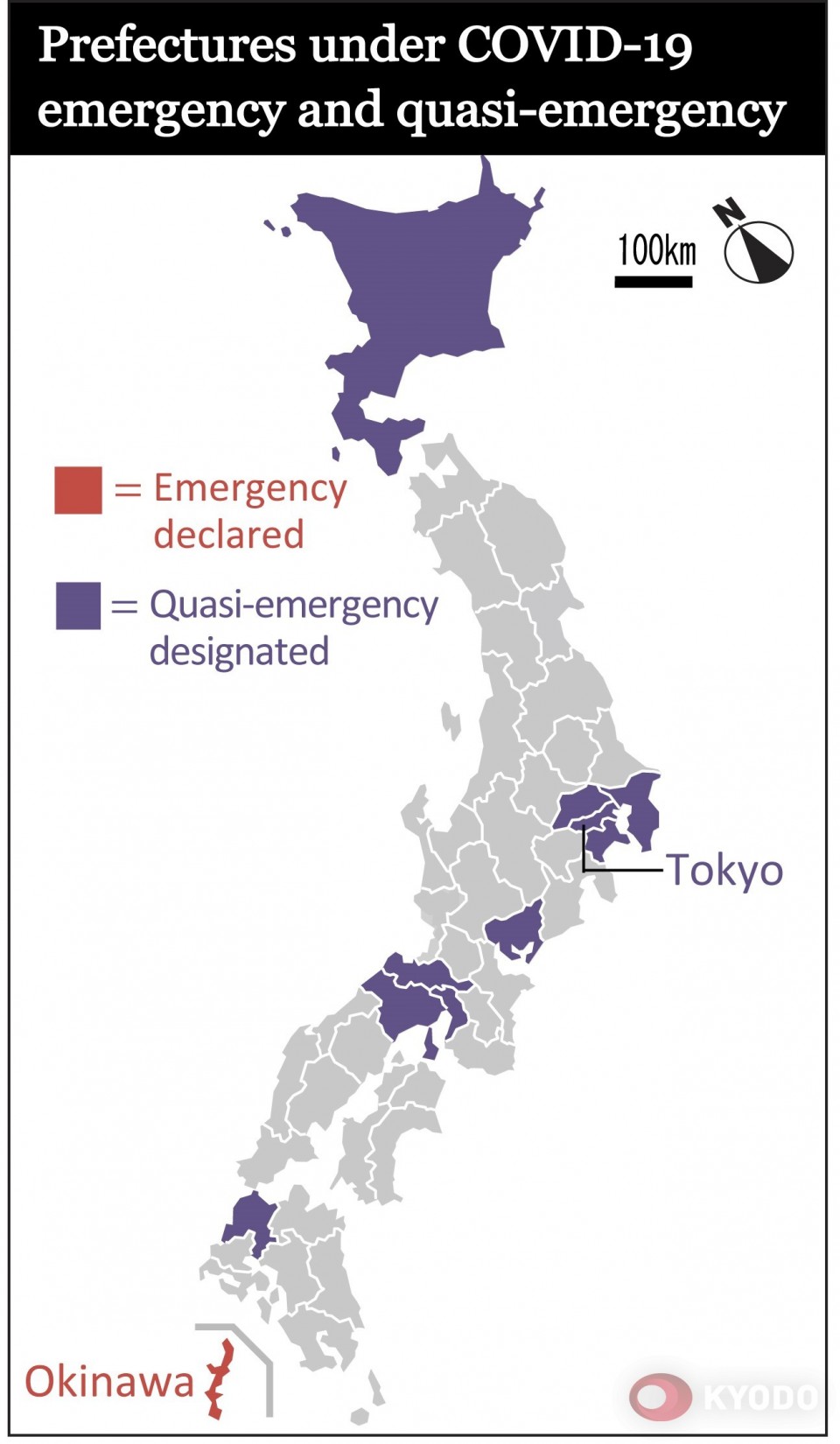 Organizers of the games decided late last month that venues can be filled to 50 percent of capacity with a maximum of 10,000 fans, but they are now planning to lower the threshold to 5,000.

Some of the largest events, such as the opening and closing ceremonies as well as soccer, baseball and track and field competitions, and those held after 9 p.m., may go on without spectators at all.

Meanwhile, the government is set to shift Okinawa, under a full-fledged state of emergency until July 11, to a quasi-state of emergency as coronavirus cases have fallen although hospitals remain under strain, the sources said.

The quasi-state of emergency covering Hokkaido, Aichi, Kyoto, Osaka, Hyogo and Fukuoka prefectures is expected to end on July 11 as scheduled.

Suga placed Tokyo and other prefectures under a quasi-state of emergency in April to curb Japan's fourth wave of COVID-19 infections, later upgrading several, including the capital, to a full-fledged state of emergency, which entails larger fines for noncompliance and targets entire prefectures rather than specific high-risk areas.

No spectators at Tokyo Olympics should remain option: Komeito chief