Ozeki Takakeisho has pulled out of the ongoing Nagoya Grand Sumo Tournament on the third day after sustaining a neck injury requiring a one-month recovery period, sport officials said Tuesday.

After getting off to a winning start in the fourth of the six annual sumo tournaments in Japan, Takakeisho, who is at sumo's second-highest rank, injured his neck in a second-day bout against rank-and-filer Ichinojo at Dolphins Arena in Nagoya, when he suffered his first loss to make it 1-1. 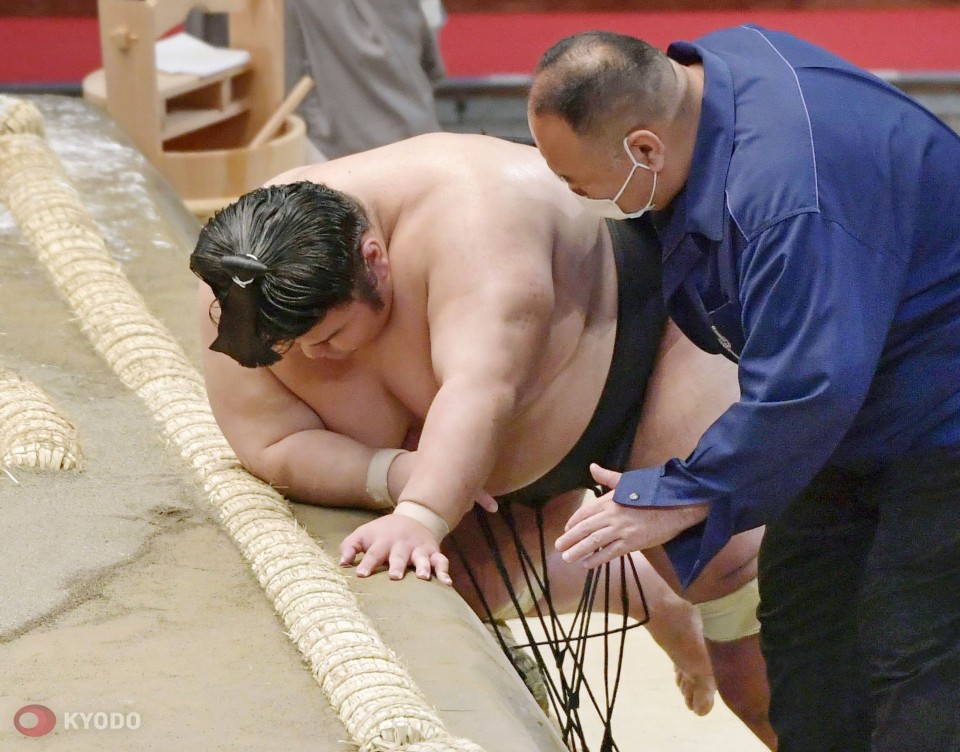 Ozeki Takakeisho is pictured after a defeat on the second day of the Nagoya Grand Sumo Tournament at Dolphins Arena in Nagoya on July 5, 2021. (Kyodo)

Takakeisho forfeits his scheduled bout against komusubi Meisei on Tuesday.

The 24-year-old Tokiwayama stable wrestler is withdrawing from a meet for the seventh time in his career, and for the first time since he exited midway through the New Year tournament in January.

Fellow ozeki Asanoyama is not competing as he has been slapped with a six-tournament suspension for violating the Japan Sumo Association's coronavirus safety rules, leaving just two of four ozeki in the 15-day meet.

Sumo: Hakuho to compete, will not withdraw from 7th straight tourney