A Japanese anime studio known for producing the popular "Demon Slayer" anime series and its president were indicted by Tokyo prosecutors Friday for evading a total of 137 million yen ($1.2 million) in corporate and consumption taxes. 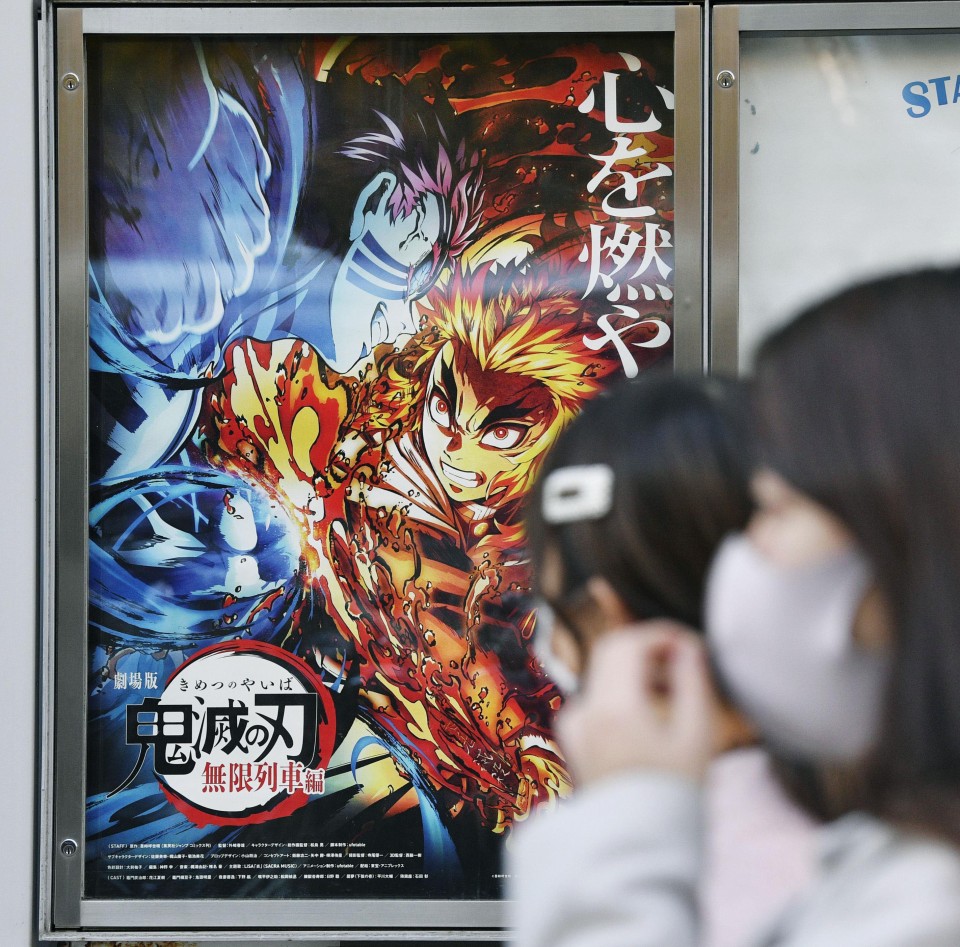 Photo taken at a movie theater in Tokyo in December 2020 shows a poster for a film based on popular Japanese manga series "Demon Slayer" (Kimetsu no Yaiba). (Kyodo)

According to the indictment, Kondo evaded a total of around 109 million yen in corporate taxes by understating the company's income for the fiscal years ending in August 2015, 2017 and 2018.

He also allegedly evaded around 28 million yen in consumption taxes between September 2014 and August 2018 by not reporting a portion of taxable sales.

The company said in a statement that it has corrected its tax reports and paid the taxes as claimed by the authorities.

In addition to anime production, Ufotable runs cafes and restaurants in Tokyo, Osaka and several other Japanese cities.

According to people close to the matter, Ufotable did not report sales at the cafes along with other revenue and hid such income in a safe at Kondo's home before using it for the company's operation.