Ohtani, who received the monthly honor for the first time in his four-year U.S. professional career, batted .309 with an .889 slugging percentage, 13 homers, 23 RBIs, six doubles, a triple, 20 runs and four stolen bases across 25 games. 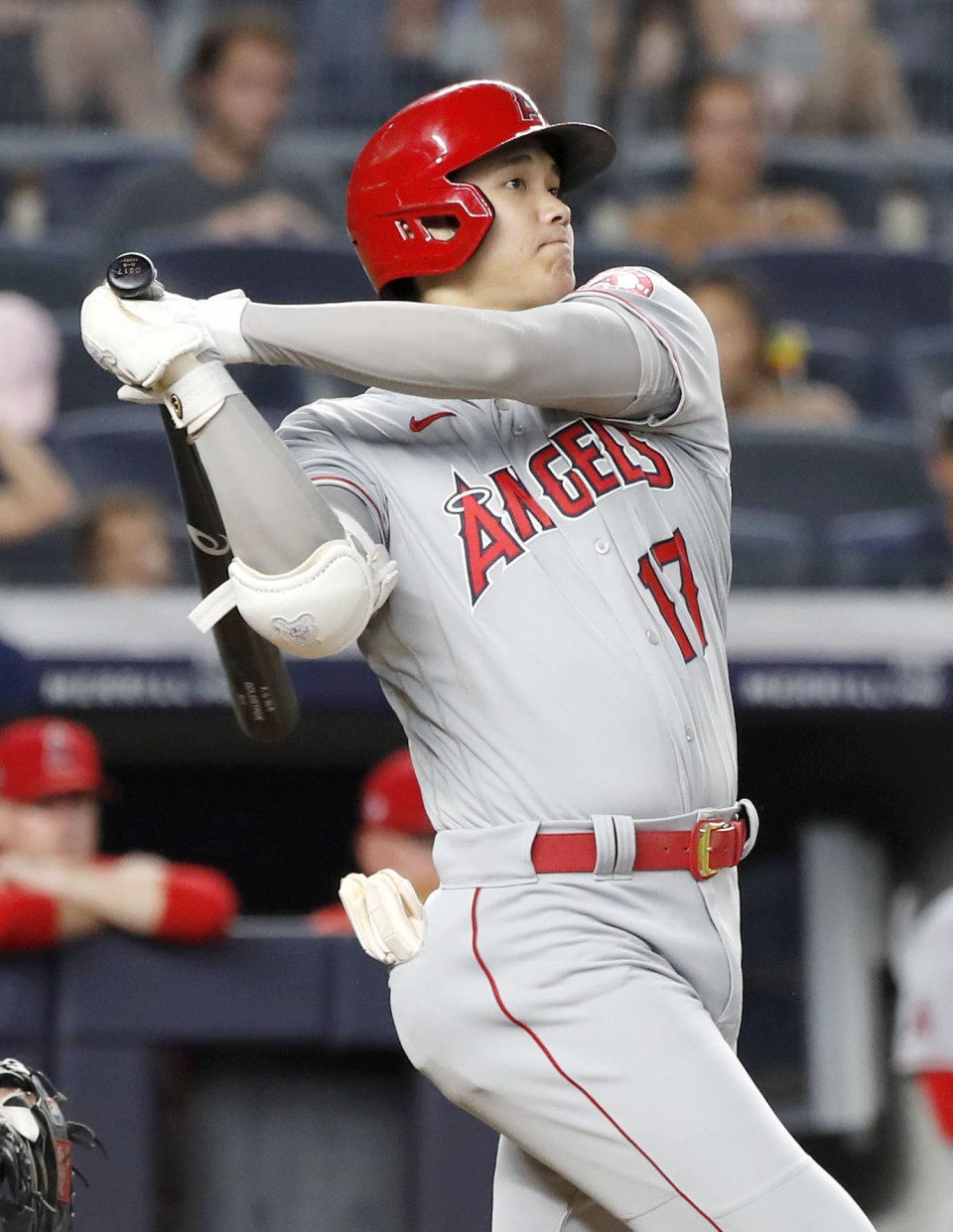 File photo shows Shohei Ohtani of the Los Angeles Angels hitting a two-run home run in the fifth inning against the New York Yankees on June 29, 2021, at Yankee Stadium in New York, his second of the night and major league-leading 28th of the season. (Kyodo)

He hit two homers on June 29 to take his season's total to 28, giving him the sole lead in the MLB home run race. Six of them came over a six-game stretch from June 15 to 20.

"I want to make a fresh start and do as well in the next half of the season," the Angels' designated hitter said.

"Winning (the home run title) is my ultimate goal. To chase that I have to hit 40 or 50 homers, and at this point I don't even have 30. I hope that'll pile up over the season but I'm taking one at a time," he said.

The 26-year-old is the third Japanese position player to win Player of the Month in the majors after Ichiro Suzuki and Hideki Matsui. He was awarded his third AL Player of the Week honor of his career in June.

Ohtani also made five starts on the mound in June, marking two wins with an ERA of 4.94.

Ohtani will become the first major league player from Japan to compete in the pre-All Star game home run derby and was on Thursday announced as an All-Star starter.

He is the first Japanese voted into the All-Star game's starting lineup since Suzuki in 2010.

Ohtani, who grew up idolizing longtime Seattle Mariners player Suzuki, said he feels honored to have the opportunity to watch and learn from the best MLB players.

"I want to experience the festive atmosphere (of the All-Star game)," he said.

"I wouldn't say it's impossible. If I'm asked to pitch I'm sure I will," he said of his chances of both pitching and hitting in the July 13 game at Coors Field in Denver.