Japanese top seeds Yuki Fukushima and Sayaka Hirota suffered their first loss of the women's badminton women's doubles competition at the Tokyo Games on Tuesday, going down 2-1 to Indonesia's Greysia Polii and Apriyani Rahayu in their final group-stage match.

Fukushima and Hirota lost 24-22, 13-21, 21-8 and dropped to 2-1. The Japanese pair had already booked their spot in the knockout stage and advance in second place from Group A behind Polli and Rahayu (3-0). 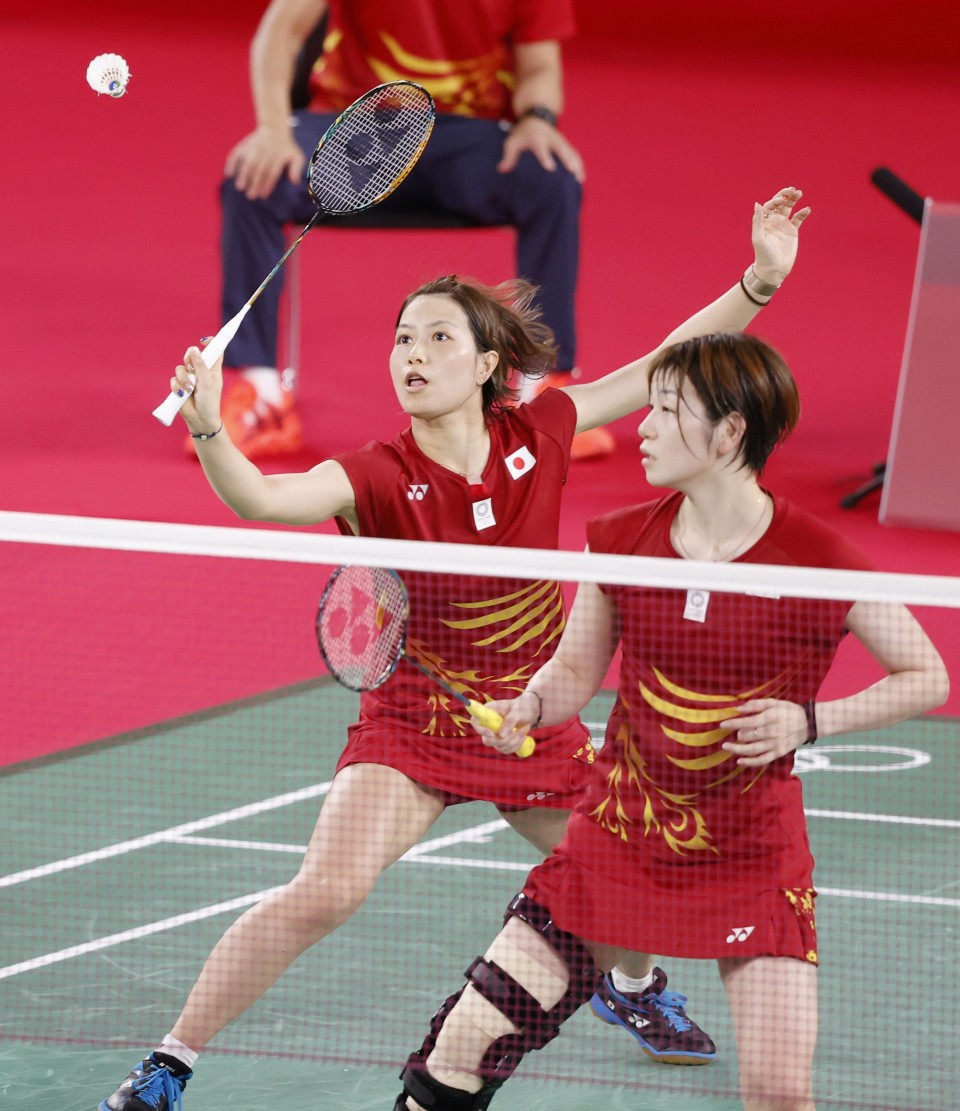 Polli and Rahayu won more than 10 straight points in the third game en route to victory.

"We were pretty poor at the end," said Fukushima. "We let our opponents back into the game and could not swing the momentum back in our favor. But although we lost I think we can give each other credit. It was a really enjoyable match."

Japan is seeking its second straight Olympic title in the women's doubles event after Misaki Matsutomo and Ayaka Takahashi won gold in Rio in 2016.

Mayu Matsumoto and Wakana Nagahara, who have beaten Fukushima and Hirota in the final of the world championships on the past two occasions in 2018 and 2019, topped Group B with a 3-0 mark.

The third-seeded pair registered a 24-22, 21-15 win over Dutchwomen Selena Piek and Cheryl Seinen.

"I feel like we are improving but we can't be completely satisfied with the way we have played so far," said Nagahara. "We want to be able to perform the way we know we can right from the start in the knockout stage."

In men's doubles, Yuta Watanabe and Hiroyuki Endo advanced as Group B winners after a 2-0 victory over Denmark's Kim Astrup and Anders Skaarup Rasmussen gave them a third straight win. Takeshi Kamura and Keigo Sonoda lost in straight games to China's Li Jun Hui and Liu Yu Chen, moving into the knockout stage as runners-up in Group C.