As Japan's impressive medal haul grows, sales of official Tokyo Olympics merchandise such as badges and keyrings have been surging, with fans queuing outside stores to buy them despite mounting COVID-19 infections.

While public skepticism about holding the games during a pandemic was strong when they officially opened a week ago, many people in Japan appear keen to get hold of souvenirs of what is likely to be a once-in-a-lifetime event -- especially as the country has so far stayed near to or at the top of the gold medal count. 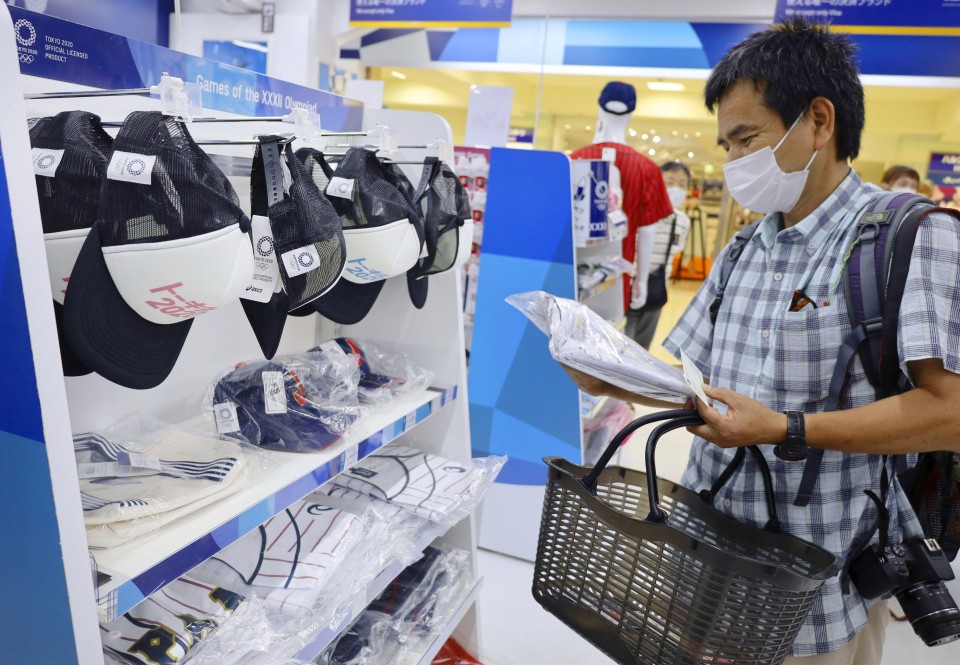 The official online store, which sells goods ranging from apparel to Japanese traditional crafts, even became temporarily inaccessible due to a traffic surge.

An official shop in Tokyo's Shinjuku district was stocked with some 1,700 items in all, but popular goods such as pin badges and mugs quickly sold out after the games got under way.

The store, which requires visitors to undergo temperature checks and sanitize their hands, was packed recently with customers bumping shoulders in order to purchase Olympic items.

During the weekend, there was even a long line outside the outlet, despite the Japanese capital being under a COVID-19 state of emergency since July 12.

"I didn't expect it to be so crowded," said Fuzuki Maruyama, a 32-year-old shop assistant.

Before the opening of the Olympics, opinion polls showed high levels of public unease about hosting the games, even mostly behind closed doors, as Tokyo battled a resurgence of infections.

But as Japan's gold medal count increased and TV programming became dominated by Olympic competitions, the snapping up of merchandise could indicate a softening of sentiment in Tokyo and elsewhere.

"After watching an event, I became excited," said a 47-year-old man who visited an official merchandise store in the central Japan city of Nagoya to buy a present for his child.

The store sometimes saw days with no sales at all last year. But on July 23, when the Olympics formally kicked off, it saw over 100 customers making purchases.

The situation is similar in other stores across the country.

In Sapporo, on Japan's northernmost island of Hokkaido where the marathon and race walk events will take place over the final four days of the Olympics, an official outlet did not see many customers when it first opened in May, but the number picked up in time for the start of the 17-day games.

A store in the western Japan city of Osaka said it saw fewer than 10 customers per day about a month ago, but the number jumped nearly 10 times after the Olympics began.

According to the Osaka store, keyrings with pictograms of the Olympic sports such as basketball and judo are among the most popular goods, as performers in navy and white costumes forming poses to match the pictograms during the opening ceremony garnered global attention.