U.S. steps up warning against businesses tied to China's Xinjiang

The U.S. government on Tuesday stepped up a warning for businesses with supply chain and investment links to China's far-western Xinjiang region, citing the risk of association with alleged severe human rights abuses and forced labor there.

"Businesses and individuals that do not exit supply chains, ventures, and/or investments connected to Xinjiang could run a high risk of violating U.S. law," the State Department and others said in a business advisory, which was updated from one issued in July last year.

The release of such an advisory is the latest effort by the administration of President Joe Biden to pressure Beijing over its allegations of human rights violations against the Muslim Uyghur and other ethnic and religious minority groups in Xinjiang, which it has condemned as "genocide and crimes against humanity." 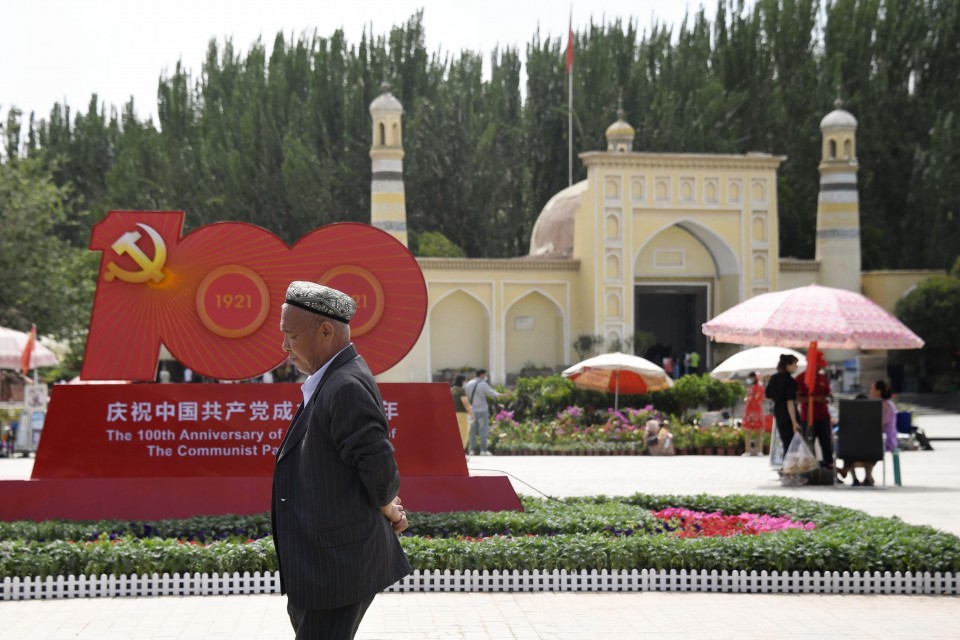 Photo taken July 3, 2021 shows a man walking near a monument commemorating the 100th anniversary of the founding of the Chinese Communist Party in Kashgar in China's Xinjiang Uyghur Autonomous Region. (Kyodo) ==Kyodo

Potential legal risks businesses could face include violations of statutes criminalizing forced labor, export control and the prohibition of the importation of goods produced with forced labor, they said.

The number of departments that signed up for the updated advisory stands at six, up from four last year, with the Office of the U.S. Trade Representative and the Labor Department joining.

USTR Katherine Tai welcomed that U.S. allies are also sharing concerns over the issue, noting that the European Union has just issued its own business guidance on how to address the risk of forced labor in global supply chains. 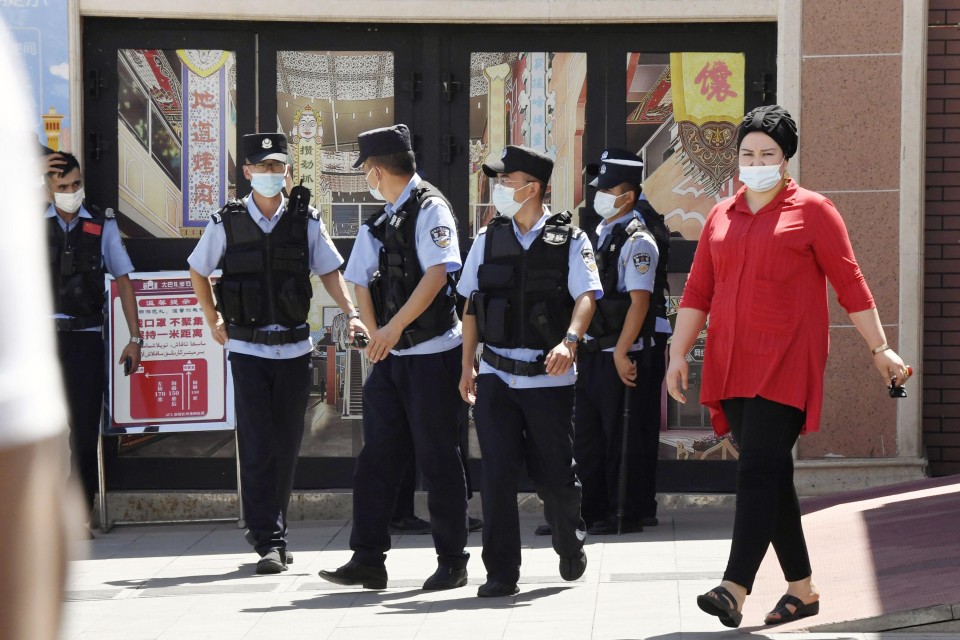 Several studies have documented that more than 1 million Uyghurs, ethnic Kazakhs and other Muslim minorities have been unjustly imprisoned in internment camps within the Xinjiang region, the USTR office said, citing information from the U.S. state and labor departments.

The studies also showed that at least 100,000 workers have been subjected to forced labor in factories in industrial areas where the camps are located, or have been transferred out of Xinjiang to factories in other parts of China, it said.

In Beijing, Chinese Foreign Ministry spokesman Zhao Lijian on Wednesday criticized the United States for "fabricating lies" about Xinjiang one after another.

The Chinese Communist-led government has consistently said its internment camps are vocational training centers established to combat terrorism and religious extremism preemptively, urging the United States not to interfere in its internal affairs.