The U.S. government is still considering whether first lady Jill Biden will attend the Tokyo Olympics, White House spokeswoman Jen Psaki said Thursday as Japan decided to ban spectators from venues in the capital area due to coronavirus outbreaks just weeks ahead of the opening ceremony.

"We're still assessing the feasibility of the first lady attending, and our advance team arrives in Tokyo later this week," Psaki told a press conference, while reiterating President Joe Biden's stance of supporting Tokyo's plan to hold the event safely. 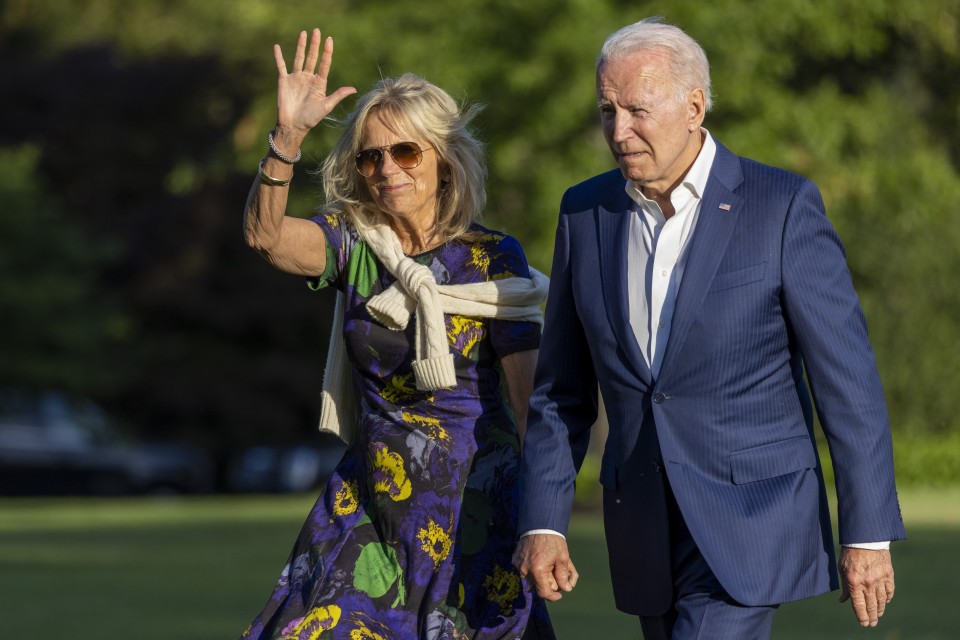 Biden acknowledged in late June that arrangements were under way for his wife to travel to Japan to attend the games, set to begin July 23.

Psaki said the U.S. government is "well aware of the careful preparations" made to host the global sporting event amid the coronavirus pandemic, "including the public health measures necessary to protect athletes, staff and spectators."

This effort was the reason to "support the games moving forward," she added.

The spokeswoman also emphasized that Washington has stayed in close contact with the Japanese government throughout the planning process, and on related public health measures.

Spectators from overseas have already been barred from attending the Olympics. Additionally, organizers said Thursday they have decided to hold the events without spectators at all venues in and around Tokyo.

The announcement, abandoning an earlier plan to stage the Olympics in front of a limited number of fans, came after the Japanese government decided to put Tokyo under another state of emergency until Aug. 22, amid rising concern the games could trigger a further surge in infections.