India said Friday that the death toll from the novel coronavirus has exceeded 400,000, half of which was reported in the last two months.

According to the health ministry, 853 new deaths were reported over a 24-hour period, taking the total number of fatalities to 400,312 since the beginning of the pandemic. 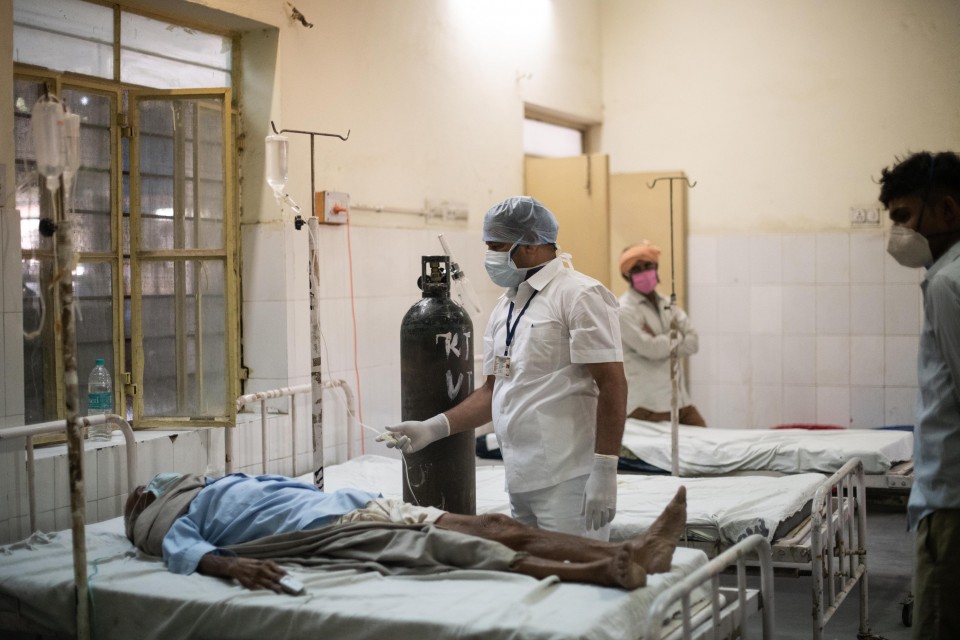 An Indian personnel treats a patient suspected to be suffering from the coronavirus at a government hospital on May 15, 2021, in Jaipur, western India. (Getty/Kyodo)

The number of deaths in India is now the third highest in the world after the United States and Brazil, according to a Johns Hopkins University tally.

Since India marked the world's highest number of daily cases exceeding 400,000 in May, it started showing a decline from the latter part of June, reporting less than 50,000 daily.

However, the government has ramped up its preparations for a possible third wave of infections in the coming months, especially with the emergence of a new variant called Delta Plus.

It is prioritizing testing to enable early detection and trying to vaccinate as many people as possible, as the country slowly reopens its lockdown imposed during the second wave that began in March.

According to the health ministry, over 340 million doses of vaccine have been administered since the beginning of the inoculation program in January.