Tuesday's sudden announcement that the two Koreas restored their communications lines highlights the North's eagerness to receive aid from the South, as the nuclear-armed country has been suffering from its worst food crisis in more than a decade.

Amid growing fears that North Korea's citizens have encountered difficulties in obtaining daily essentials, some diplomatic sources also say leader Kim Jong Un might be trying to restart nuclear talks with the United States after improving ties with the South. 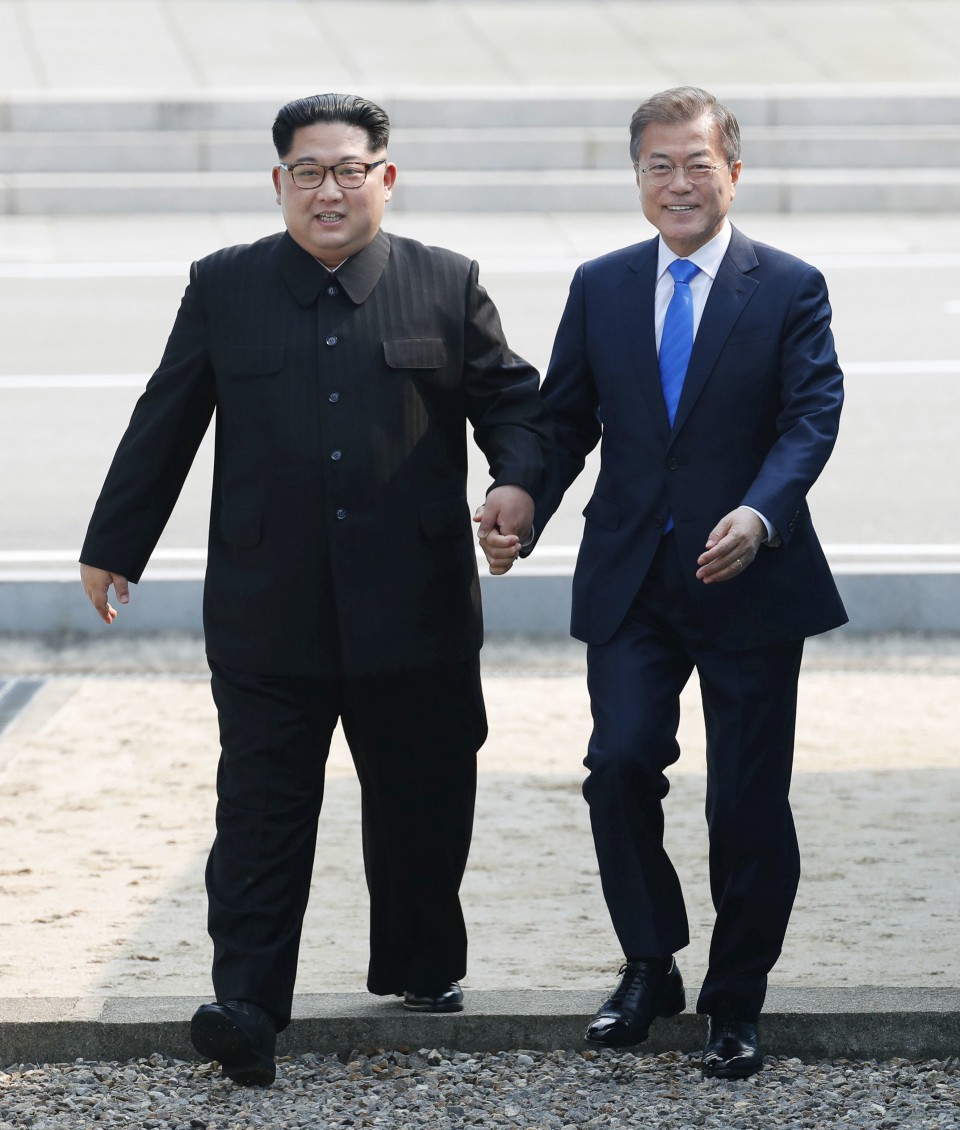 While pledging to take measures to stabilize the people's living, North Korea has refrained from carrying out ballistic missile tests since March, as the nation's economy has been languishing due largely to a border blockage in the wake of the COVID-19 pandemic.

One of the diplomatic sources in Beijing said he now has little way of knowing the real conditions in North Korea, especially in areas outside the capital Pyongyang, but people in rural regions "must be in a cruel predicament."

Since he became North Korea's supreme leader following the death of his father in 2011, Kim has been apparently inclined to "extend an olive branch" to the South when his country "gets bogged down in the mire," the source said.

Humanitarian assistance is necessary to rebuild the nation's deteriorating economy, and South Korea, under left-wing President Moon Jae In, is the most dependable neighbor for the North as citizens of the two countries are "compatriots," he said.

Tuesday fell on the 68th anniversary of the signing of an armistice that suspended open hostilities in the 1950-1953 Korean War, during which the North supported by China and the Soviet Union fought against the South backed by U.S.-led U.N. forces.

By reconnecting the inter-Korean communications lines on the special day, Kim seems to be also aiming to give the impression to the United States that the North is willing to sit at a negotiating table on denuclearization and sanctions relief, the source added.

South Korea said Tuesday that Moon and Kim agreed to restore the communications lines between the two Koreas that Pyongyang cut off last year, after exchanging several friendly letters since April.

The North's state-run Korean Central News Agency said on the same day, "Now, the whole Korean nation desires to see the north-south relations recovered from setback and stagnation as early as possible."

The reconnection "will have a positive effect on the improvement and development of north-south relations," the news agency added, although the country had adopted a hard-line approach to the South in the past few years.

In June 2020, Pyongyang blew up an inter-Korean liaison office in the nation's border city of Kaesong after shutting down all lines of communication with Seoul, in retaliation for defectors launching balloons containing leaflets critical of the North.

North Korea, meanwhile, claims no infection cases have been found at home, but it has cut off land traffic to and from its neighbors since early last year to prevent the intrusion of the novel coronavirus, first detected in China's Wuhan in late 2019.

The traffic restrictions have choked North Korea's trade with China, taking a serious toll on the broader economy. As North Korea relies on China for over 90 percent of its trade, its citizens are believed to be unable to receive enough daily supplies.

In addition to a prolonged sluggishness in business with China, agricultural devastation wrought by powerful typhoons and flooding last year has caused food shortage.

Earlier this year, Pyongyang said in a report to the United Nations that it has faced its worst food crisis in more than 10 years, while sultry weather and drought have been dealing a blow to the country's farm sector recently.

"Kim has failed to fulfill his promise to build a self-reliant economy. He must really want to obtain as much aid as possible from everywhere," another diplomatic source said.

It would be difficult for the two Koreas to hold direct talks soon because of the virus spread, but Moon has been also struggling to "create a legacy" before leaving office in May, he said.

"The reconnection of the communications lines is a good first step to improve ties between the two Koreas. Kim and Moon appear to have been able to meet and share their mutual interests," he added.

Lim Eul Chul, a professor of the Institute for Far Eastern Studies at Kyungnam University in South Korea, echoed the view, saying Kim made the latest decision in a "strategic manner" to stabilize North Korea's relations with the South.

The restoration of the communications lines would also be "taken as a positive message" for the resumption of U.S.-North Korea negotiations, Lim said.

As the Korean War ended in a cease-fire rather than a peace treaty, the South and the North are still technically in a state of war.

South Korea and the United States have usually conducted their joint military exercises in August every year, but the North has lambasted them as a "rehearsal for war" and invasion.

To pave the way for U.S.-North Korea talks, Moon may seek suspension of the drills, pundits say.

U.S.-North Korea negotiations have been stalled since 2019, as they have fallen short of bridging the gap between Washington's demands and Pyongyang's calls for sanctions relief.

The administration of President Joe Biden, launched in January, plans to keep its North Korea policy flexible, while building on a 2018 summit agreement that included Pyongyang's commitment toward denuclearization.

At their first summit in 2018 in Singapore, Kim and Biden's predecessor Donald Trump agreed that Washington would provide security guarantees to Pyongyang in return for "complete" denuclearization of the Korean Peninsula.

North Korea, however, has expressed reluctance to hold bilateral talks unless the Biden administration withdraws what Pyongyang considers its hostile policy position.