The 20-year-old Irie clearly won the first round before the fight opened up to a closer contest at the Kokugikan arena, the home of Japan's ancient sport of sumo. The 26-year-old Artingstall landed some withering blows in the final round as both fighters tired, but Irie hung on to win a 3-2 decision. 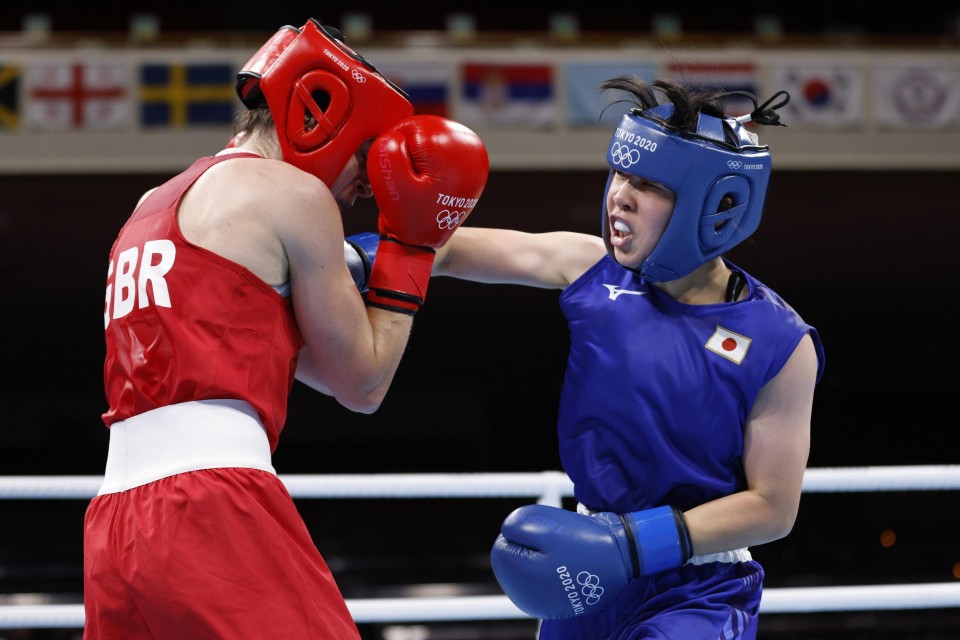 Sena Irie (blue) of Japan and Karriss Artingstall of Great Britain exchange punches in the women's featherweight semifinal at the Tokyo Olympics on July 31, 2021, at Kokugikan Arena in Tokyo. (Kyodo)

In Tuesday's gold medal bout, Irie will face Nesthy Petecio of the Philippines, who beat Irma Testa of Italy with a 4-1 decision.

"If I had lost the third round, I think I would have regretted it for the rest of my life," Irie said. "I really want to get a gold medal since I've come this far."

"I think I won because I was able to throw my right," Irie said. "Even if I didn't connect with it, I made her aware of it. In the final, I want to go in with the desire to knock my opponent out, and pound her with my right."

The loss left Artingstall with an Olympic bronze medal to go with the bronze she earned at the 2019 world championships.