Maddon said he and Tampa Bay Rays manager Kevin Cash, who is piloting the AL All-Star team, have already spoken about a plan for Ohtani for the July 13 game at Denver's Coors Field. Details about how he will be used on the mound, and in which innings, are still being ironed out.

"I have (had a conversation with Cash) but there's no conclusion yet. The conclusion is that he would pitch but how it's going to happen, it's not been concluded," Maddon said before Monday's game against the Boston Red Sox. 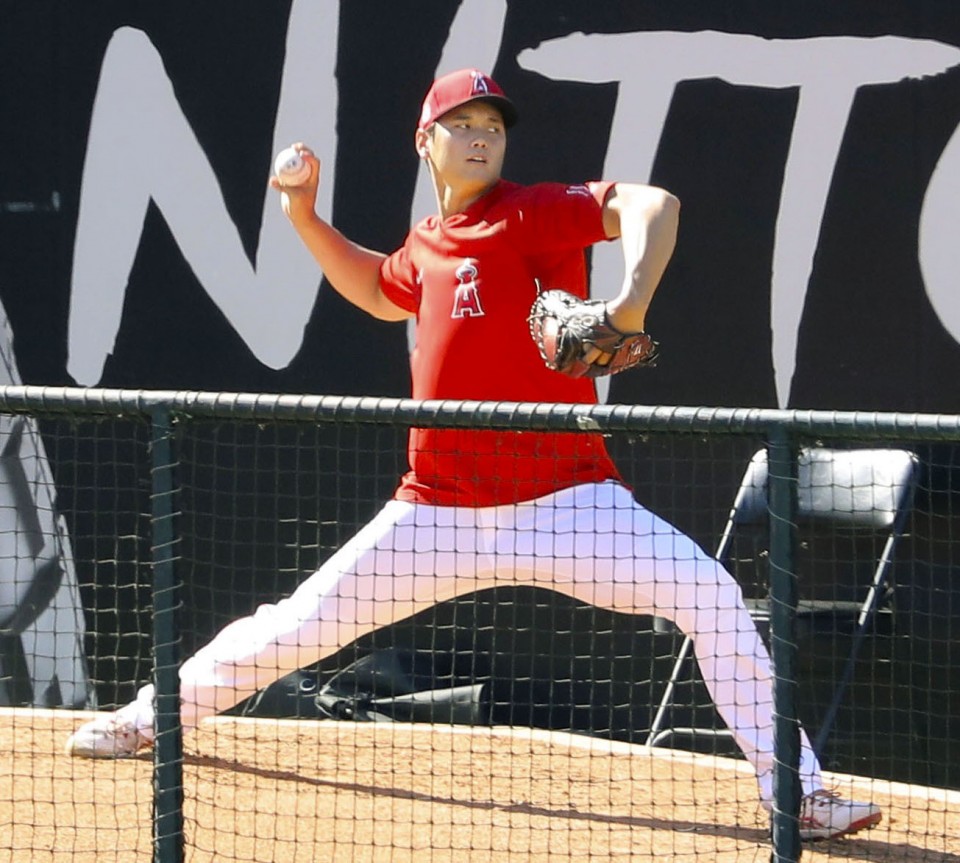 Shohei Ohtani of the Los Angeles Angels throws in the bullpen before a game in Anaheim, California, on July 5, 2021. (Kyodo)

Maddon said it is possible Ohtani could start the game as a pitcher, or take the mound later in the game. Considering he is participating in the Home Run Derby the day before, it is also unclear how many at-bats Ohtani will take in the game, he said.

"There's a lot going on there. But I do want you to know that Shohei's into it. We're not trying to push him to do anything. Just like he wants to play the day before he pitches, the day that he is pitching, and then the day after. He is totally absorbed into this and we're just trying to figure out the best way to do it."

Ohtani entered Monday, his 27th birthday, with a .278 batting average and MLB-leading 31 home runs, in addition to a 3.60 ERA and 83 strikeouts in 60 innings on the mound.

He made history as the first player to be named as both a pitcher and position player for the All-Star Game. Fans voted him in as the AL's starting designated hitter, and he was selected to the pitching staff through player voting.

Maddon had said earlier he is advocating for Ohtani to be showcased as much as possible in this year's All-Star festivities, but there would have to be preparations "to relax a bit the DH rule" in order for him to pitch and hit.