South Korea reported 1,316 daily coronavirus cases Friday, hitting a record high for a second day and over 1,000 cases for the third day in a row.

Amid the resurgence of infections, the government said it will impose the toughest restrictions on Seoul and neighboring metropolitan areas where most of the new cases have been found. 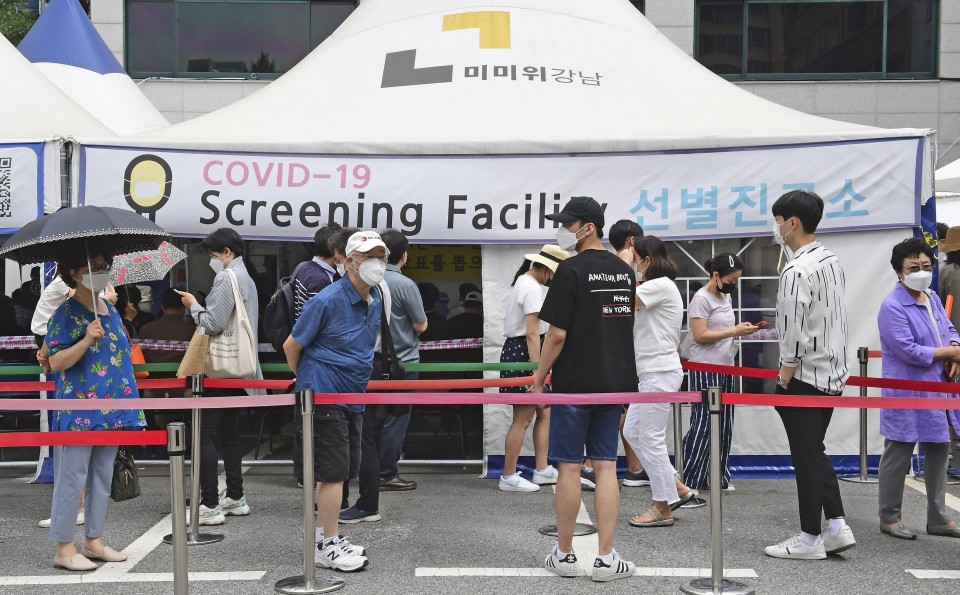 People line up to receive COVID-19 tests at a facility in Seoul on July 9, 2021, amid surging virus infections. (Kyodo)

Prime Minister Kim Boo Kyum said that the strictest antivirus measures including prohibition of private gatherings of more than two people after 6 p.m. will be implemented in the wider Seoul area for two weeks from Monday.

"Around 500 daily cases were reported only in Seoul for three consecutive days and four out of five patients (in the country) were traced to the wider Seoul area," Kim told reporters as he urged the public to have the least possible contact with others.

Kim also said the government will put on hold the alleviated quarantine rules for those who have been inoculated with coronavirus vaccines, which started Thursday last week, from Monday.

There is concern the surge may have been fueled by the more contagious Delta variant, first identified in India, which is also blamed for growing coronavirus cases in other countries.

President Moon Jae In earlier this week ordered military personnel and police officers to assist in contact tracing and other epidemiological efforts.