Mongolian sumo wrestler Terunofuji will be promoted to yokozuna after the Japan Sumo Association's seven-member Yokozuna Deliberation Council unanimously recommended his ascension to the sport's highest rank on Monday.

Terunofuji will be officially named the sport's 73rd yokozuna on Wednesday at an extraordinary meeting of the JSA's board of directors, a mere formality after the recommendation following his 14-1 record at the Nagoya Grand Sumo tournament that ended Sunday. 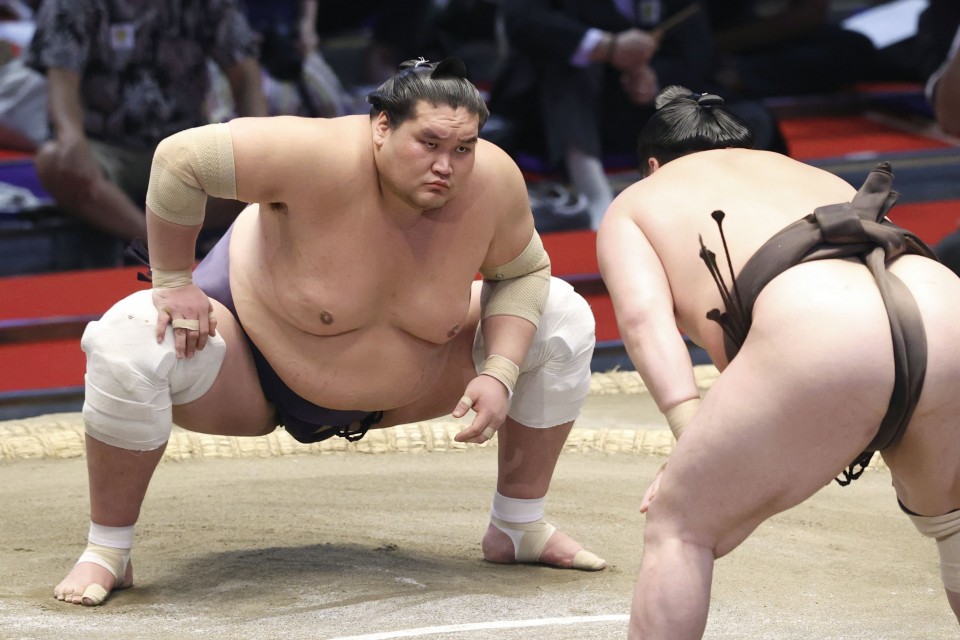 "I didn't have the pressure of bidding for yokozuna promotion. I gave my best, concentrating on one bout at a time," Terunofuji said following the recommendation. "I will switch my mindset and go again. I'm thankful that what I've been honing has been rated (by the council.)"

The promotion caps an epic comeback for the 29-year-old, who wrestled at the sport's second-highest rank of ozeki before injuries to both knees saw him fall into the fifth-tier jonidan division in March 2019.

He has since battled back to the sport's elite makuuchi division and dominated, winning his second career Emperor's Cup on his July 2020 return and also claiming the title this March and May.

"His resurgence after dropping as low as jonidan is remarkable. It reminded me of words like mettle, perseverance and indomitability," head of the council Hironori Yano said. "I hope he works toward becoming the ideal for other wrestlers both in class and ability."

Terunofuji entered the Nagoya tourney needing to win his third straight championship or post a comparable record in order to earn promotion. On Sunday, he squared off with yokozuna Hakuho, who was also on 14-0, to decide the tournament winner but was thrown down in the finale at Dolphins Arena.

The council rated Hakuho after the grand champion returned with a 15-0 perfect record after missing all or part of the past six meets, lifting the stern warning it handed out in November over his continuous absences from the ring.

But the council still had plenty to say about the grand champion, who despite winning his record-extending 45th championship drew flak for his repeated rough use of elbows and slaps as well as fist pumping after the bout, as seen against Terunofuji, deemed not befitting of the exalted rank.

"It's about the behavior and demeanor (demanded) of yokozuna. I hope he (Terunofuji) will be someone who inspires kids and those wanting to become sumo wrestlers. I don't want him to be like Hakuho," said committee member Masayuki Yamauchi, professor emeritus at the University of Tokyo.

Terunofuji will be the first wrestler to win promotion to yokozuna since Kisenosato after the New Year meet in January 2017.