Japanese Prime Minister Yoshihide Suga will meet with U.S. first lady Jill Biden on Thursday as part of a string of bilateral talks with world leaders and other foreign dignitaries attending the opening ceremony of the Tokyo Olympics, the Foreign Ministry said Wednesday.

The wife of U.S. President Joe Biden is visiting Japan to lead the American delegation at the National Stadium on Friday. 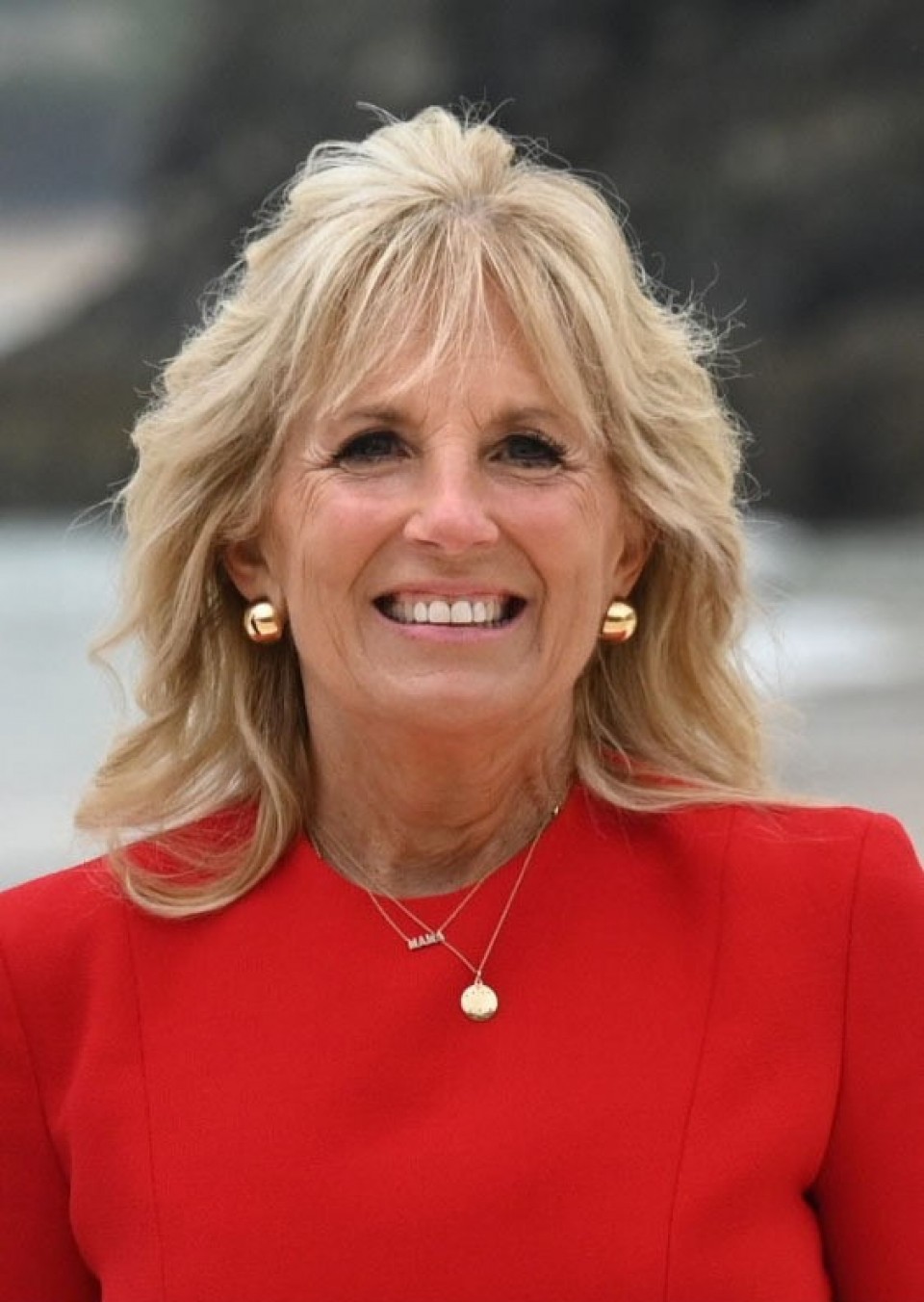 Leaders from around 15 countries and international organizations are slated to attend the opening ceremony, Chief Cabinet Secretary Katsunobu Kato told a press conference, down from the roughly 40 that attended the same event for the Rio de Janeiro Olympics in 2016.

The government's top spokesman said about 70 Cabinet-level officials are also set to visit Japan, while adding that the number of foreign VIPs in attendance could remain in flux until the last minute.

French President Emmanuel Macron is among the world leaders who have announced their attendance, while South Korean President Moon Jae In said he will not visit. 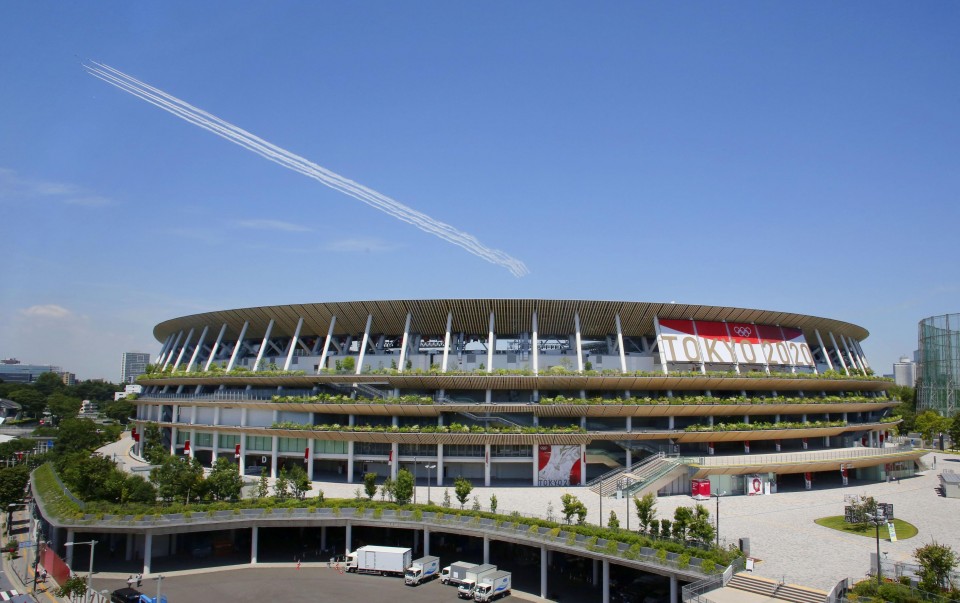 The Air Self-Defense Force's Blue Impulse aerobatics team flies over the National Stadium in Tokyo during a rehearsal on July 21, 2021, ahead of the July 23 opening ceremony for the Tokyo Olympics. (Kyodo)

A senior Foreign Ministry official said the recent global spread of coronavirus variants has led many leaders to cancel their Japan visits.

Kato suggested the leaders' visits will provide Suga with a "valuable opportunity to build up personal relationships" at a time when face-to-face diplomacy is being constrained by the pandemic.

Most of the Tokyo Olympics including the opening ceremony will be held without spectators from the general public as the capital remains under a COVID-19 state of emergency. 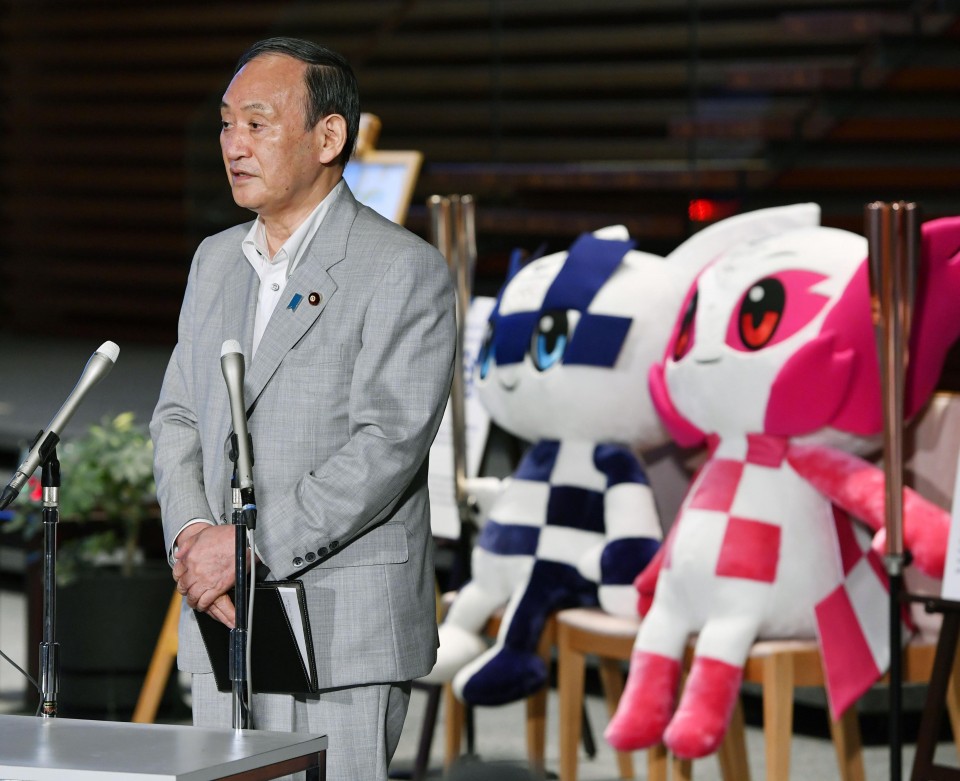 Prime Minister Yoshihide Suga speaks to reporters at his office in Tokyo on July 21, 2021, with Olympic and Paralympic mascots next to him. (Kyodo)