China is considering sending Vice Premier Sun Chunlan to the July 23 opening ceremony of the Tokyo Olympics, ahead of the Beijing Winter Games in February next year, sources close to the Communist Party said Tuesday.

China has been keen to boost cooperation with Japan in the Olympics field, but no official will visit Tokyo from the seven members of the Politburo Standing Committee of the ruling party amid the ongoing novel coronavirus pandemic, the sources said. 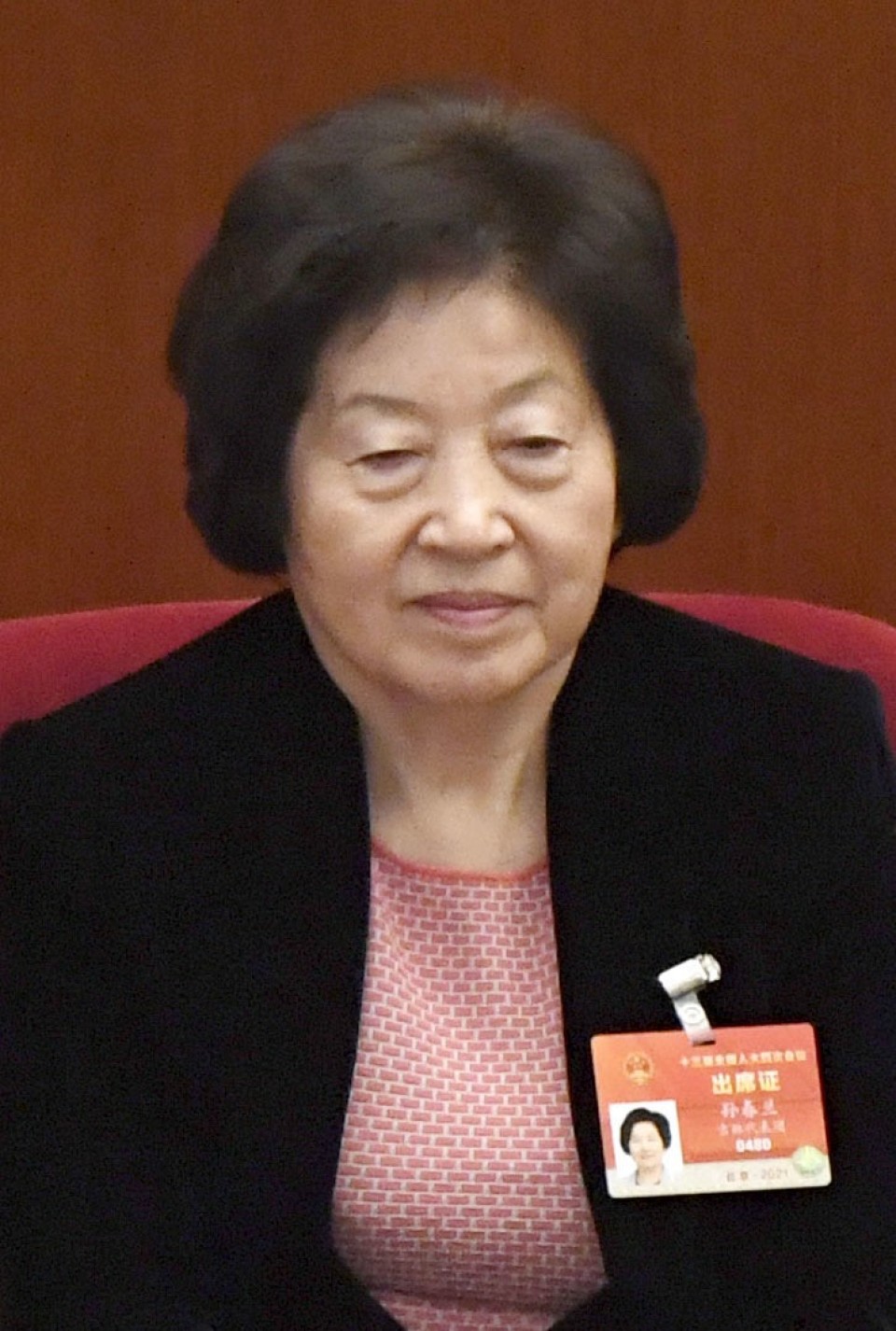 The Communist Party will make a final decision on whether Sun, one of China's four vice premiers and the official in charge of sports, makes the trip to Tokyo after watching how the virus situation develops in Japan.

As French President Emmanuel Macron has expressed his willingness to attend the opening ceremony of the Tokyo Olympics, China, as the next Olympic host, is eager to send a senior official to the event, the sources said. France is due to host the Summer Games in 2024.

China is thought to want the Tokyo Olympics and Paralympics to be held despite the pandemic, as a possible cancellation or mishandling of the already-postponed sporting event is expected to affect the management of the Beijing Winter Games.

During their telephone conversation in May, President Xi Jinping told International Olympic Committee chief Thomas Bach that China will support the holding of the Tokyo Games.

Sino-Japanese relations, however, have become soured recently as the two Asian nations have been at odds over Beijing's alleged human rights abuses in Xinjiang, its crackdown on Hong Kong and security challenges posed to Taiwan and its vicinity.