The head of the International Olympic Committee said Friday he believes the Japanese public is "embracing" the Tokyo Olympics despite early skepticism over staging them amid a global pandemic.

"I hope that the Japanese people will not change their attitude toward the games," IOC President Thomas Bach said in a group interview, citing high TV ratings as evidence of their enthusiasm. 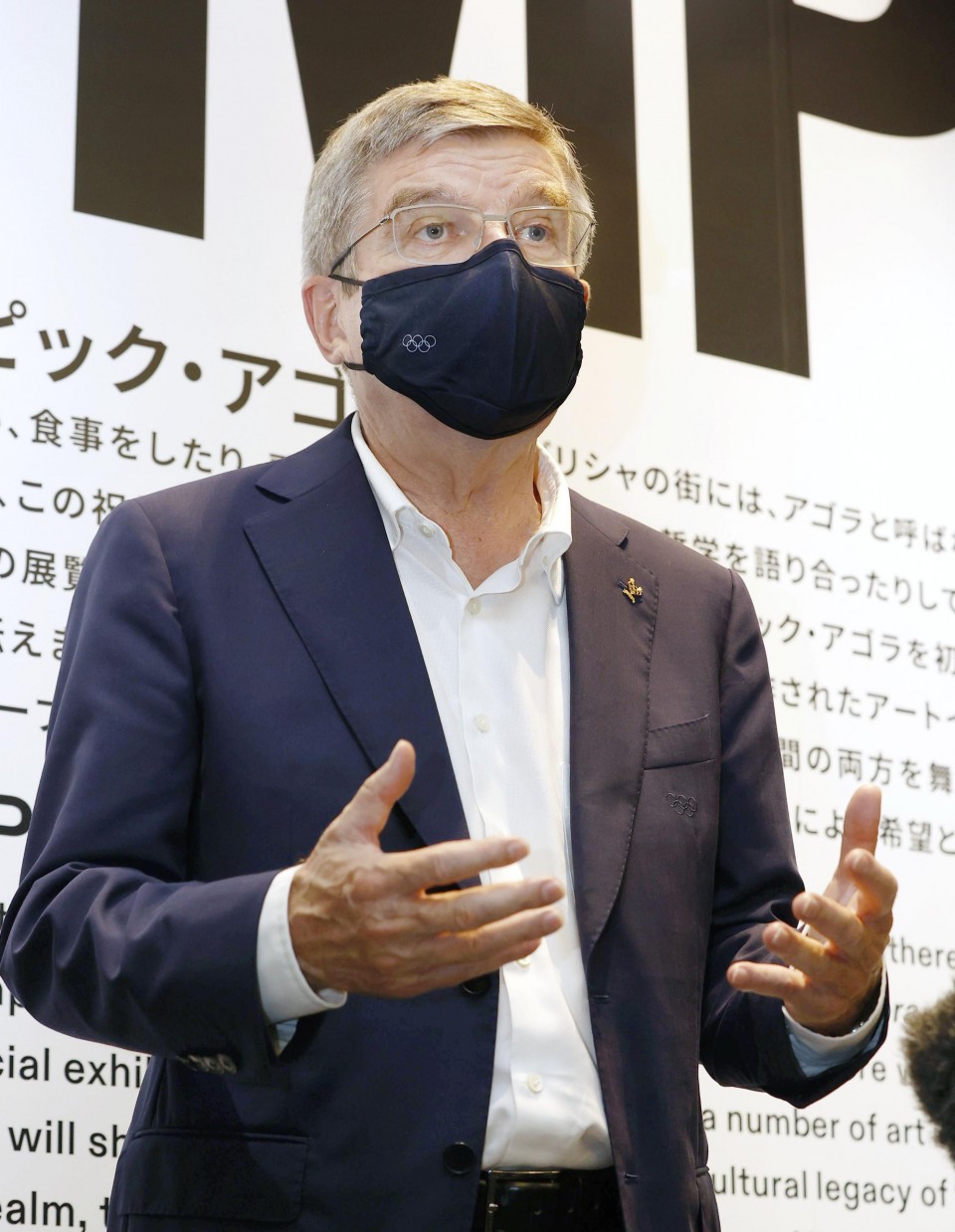 "Almost 90 percent of the Japanese population, in the meantime, has switched on the Olympic Games. These figures and these ratings, I think they speak for themselves on what the Japanese people are really feeling."

Public opinion has been split over the Tokyo Olympics amid the COVID-19 crisis, with nearly a third of respondents in a nationwide poll by Kyodo News conducted days before the opening of the games saying they should be canceled.

But TV viewership for the opening ceremony a week ago came in at a solid 56.4 percent in and around the capital, according to audience ratings firm Video Research Ltd.

Japan winning its 17th gold medal on Friday, its most at any Olympics, could further buoy sentiment.

Bach said the Tokyo Olympics is a symbol of hope after the turmoil caused by COVID-19.

"Now it's the first time that this world is coming together again and celebrating together. In all this fragile world with the news and concerns about the pandemic, about political confrontation, about aggression, about the division of this world, these games are offering this message of hope, of solidarity and of peace."