The Tokyo metropolitan government on Monday launched an information hub in the capital to introduce its culture and promote tourism to visitors during the Summer Games scheduled to open later this week.

At the Tokyo Sports Square in Chiyoda Ward, volunteers explain about the capital's history and culture in briefing sessions. It also provides work space for media covering events at the facility, which will open until Sept. 5, the final day of the Paralympic games.

Tokyo Gov. Yuriko Koike visited the venue the same day and said in a talk session, "We want to introduce Japan's tradition and innovation across the world." 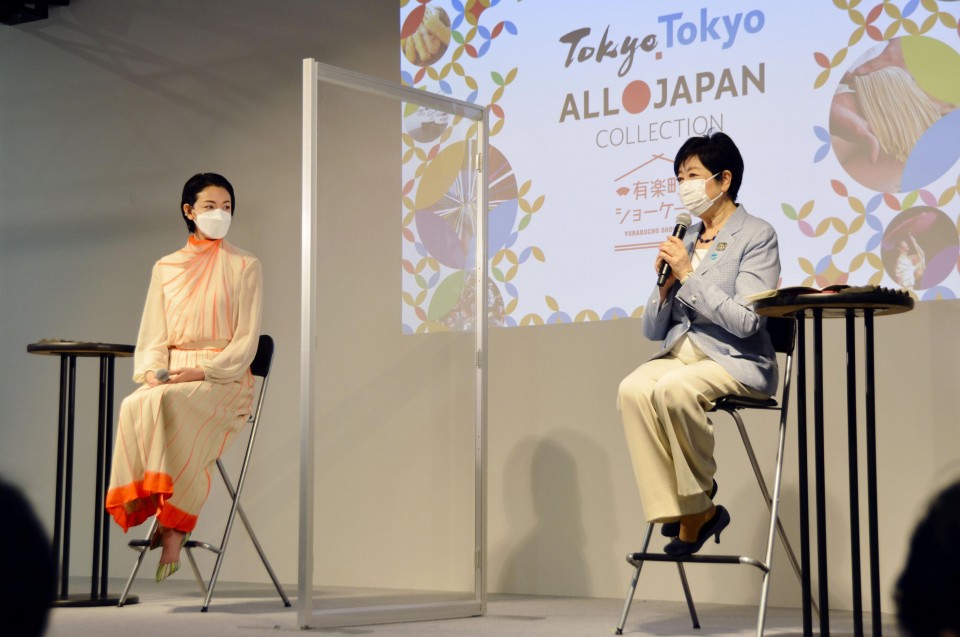 Booths at the center introduce traditional crafts, robots, food and drink of Tokyo and elsewhere in Japan.

The facility also has exhibitions and videos showing the recovery efforts in areas of northeastern Japan hit by the 2011 massive earthquake-tsunami disaster and in Kumamoto Prefecture in the country's southwest, which was struck by a pair of powerful quakes in 2016.

Japanese model Ai Tominaga also said at the talk session, "I think Japan's technology has already impressed many abroad and this is a good opportunity to reach a wider audience."

The volunteers' explanation sessions will be recorded and uploaded online with English subtitles, according to staff at the facility.

Meanwhile, the so-called road pricing system was implemented Monday on expressways in the capital to avoid congestion and enable athletes and staff of the Olympics and Paralympics to travel smoothly to the game venues.

Under the scheme, additional toll charges of 1,000 yen ($9.1) are levied on personal cars, minivehicles and motorcycles using the expressways from 6 a.m. to 10 p.m.

Vehicles used for public transportation and logistical services such as taxis, buses, and trucks are exempted from the surcharge.

In a bid to encourage logistics companies to use roads late at night and early morning, tolls on the expressway covering downtown Tokyo are halved from midnight to 4 a.m. for vehicles equipped with the electronic toll collection system.

Olympics: Yuzuru Hanyu's reign forecast to end in Beijing but Japan to win