Men's badminton singles top seed and world No. 1 Kento Momota was knocked out of the Tokyo Olympics on Wednesday night, meaning another of Japan's biggest stars and gold medal hopes has fallen to the wayside at these games.

Momota was ousted by unseeded South Korean Heo Kwang Hee in straight games (21-15, 21-19), his tournament ending with him ranked second in his group and only the top-ranked player advancing to the round of 16 at Musashino Forest Sport Plaza. 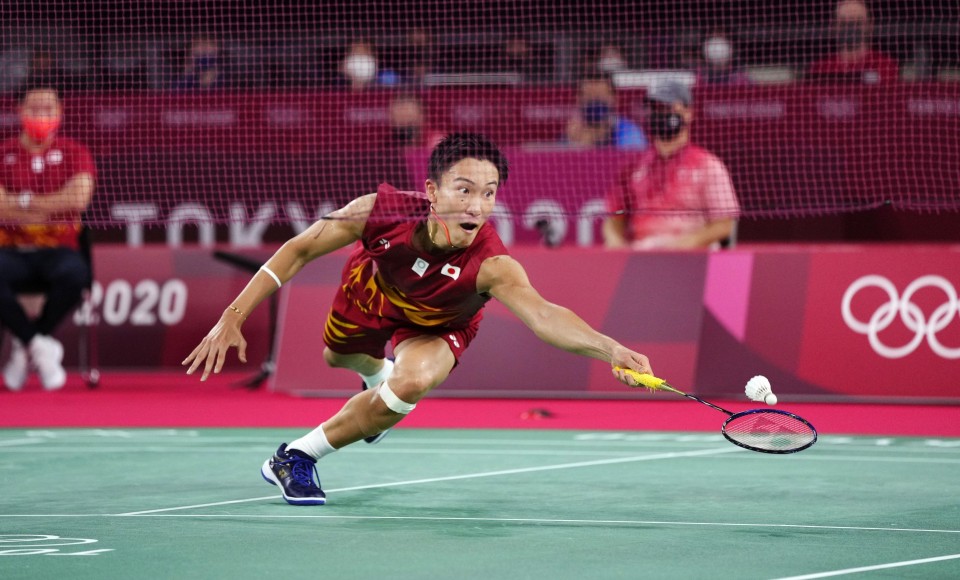 The 26-year-old two-time world champion joins tennis star Naomi Osaka and table tennis prodigy Tomokazu Harimoto on the outer at these games, all defeated much earlier than expected in their respective singles tournaments.

"I got off to a pretty strong start, but midway through I couldn't stay in it mentally. I couldn't play with confidence," Momota said.

Momota missed the 2016 Rio de Janeiro Olympics when he was favorite for gold due to a suspension linked to his admission of gambling in an illegal casino in Japan.

His competition ban was lifted in May 2017 and he quickly regained his form but suffered another setback when he was involved in a fatal traffic accident in January 2020 in Malaysia. He suffered facial injuries that required surgery and was off the court until late 2020.

The Tokyo Games pandemic postponement worked in his favor and allowed him time to recover his form and to qualify, making this loss all the more painful.

"If you ask me whether I have any regrets, I would say that I do," Momota said. "A lot of people helped me reach this court. It was tough, but I gave it my all."

Tsuneyama qualified for the men's singles round of 16 by topping his group with two wins.

Earlier, Yuta Watanabe and Arisa Higashino moved one step closer to a Tokyo Games medal, becoming the first Japanese pair to reach the semifinals of an Olympic mixed doubles tournament when they sent the third seeds packing.

Facing the Thai pairing of Dechapol Puavaranukroh and Sapsiree Taerattanachai, the 2019 world bronze medalists from Japan showed great poise to recover from a first-game loss to dominate proceedings in the final two stanzas, wrapping the match 15-21, 21-16, 21-14.

Also on Wednesday, Japanese medal contenders Nozomi Okuhara and Akane Yamaguchi secured group stage wins that earned them both a place in the women's singles round of 16.

Like Okuhara, Yamaguchi set the tone early, taking the first game 21-9 in just 14 minutes. The Brit put up a sterner challenge in the second, but the outcome was the same, 21-18.