Solar power will overtake nuclear power as the cheapest source of energy for Japan in 2030 due to the latter's ballooning safety measure costs following the 2011 Fukushima nuclear disaster, a government estimate showed for the first time Monday.

The Ministry of Economy, Trade and Industry at an expert panel meeting estimated the cost of generating nuclear power will rise about 10 percent from its previous estimate in 2015, while the cost of solar power will drop as it becomes more widespread due to decarbonization efforts. 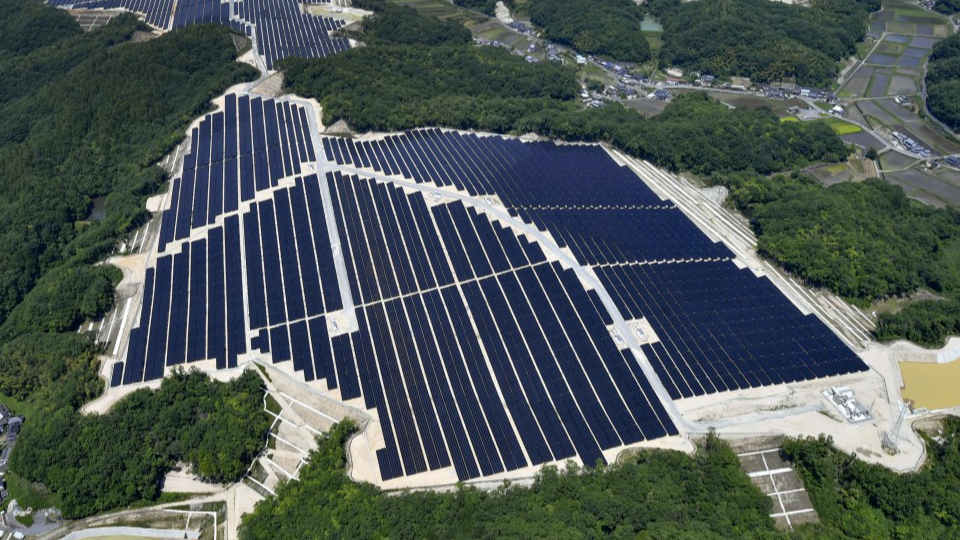 METI has traditionally emphasized the low cost of power generation as an advantage of nuclear power, but the government is aiming to make renewable energy the country's main energy source as part of its plan to achieve carbon neutrality by 2050, a goal that will be reflected in the basic energy plan to be revised this summer.

The estimated cost of generating nuclear power, which stood at least at 10.3 yen per kilowatt in 2015, has now risen by over 1 yen to at least 11.5 yen due to the implementation of measures required under the country's new nuclear safety rules.

Meanwhile, coal-fired power is estimated to rise from 12.9 yen to the 13.5-22.5 yen range as the cost of measures to curb carbon dioxide emissions increases.

The estimates are based on the assumption that power generation facilities will be built and operated on vacant plots of land, and do not include the cost of acquiring the land itself.

Figures are subject to change depending on how much renewable energy has been introduced in the future, fuel prices, and facility utilization rates, according to METI.