Since arriving as a student in Japan 30 years ago, Haroon Qureshi has been reaching out to those living on the margins in his adopted home.

Sometimes it is the country's homeless he helps, and sometimes foreigners who have been detained by immigration authorities after failing in bids to win refugee status.

But whomever he is extending a helping hand to, Qureshi, a businessman hailing from Pakistan who is also deeply involved in the running of a Tokyo mosque, says he is motivated by his conviction that all people, regardless of nationality or religion, belong to "one family." 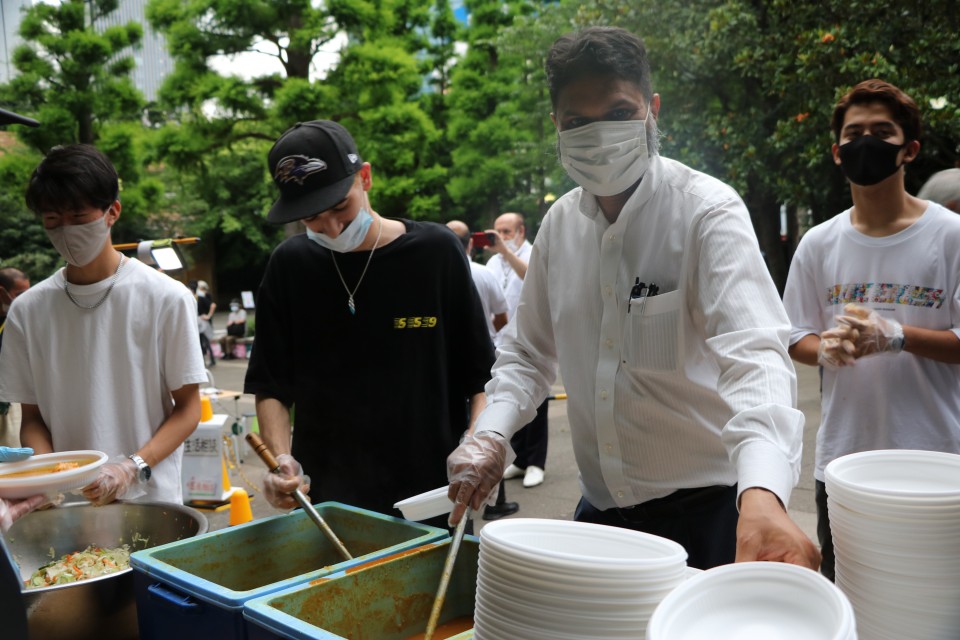 Qureshi's efforts began as soon as he arrived in Tokyo to study computer programming in 1991, when he began giving away food to the homeless in his neighborhood in the capital's Kita Ward. Now, three decades on, he has enlisted Japanese university students in his goodwill endeavors, seeing their involvement as a vital part of raising society's awareness of the plight of the less fortunate.

Qureshi notes that unlike in some other countries, the homeless and the public in Japan tend to have very little contact. With hardly any begging, the limited help the homeless receive comes from nongovernmental organizations or public offices.

Calling the public's attitude to the homeless "cold," Qureshi, 55, said he believes there is a lack of understanding in Japan of why people end up on the streets.

"Some get scared by the homeless in Japan, and many have an image that they are either addicted to alcohol or lazy. But most of the time this is not so," Qureshi, general secretary of the Otsuka Masjid in northern Tokyo, said in a recent interview with Kyodo News.

"The reality is that many times the homeless suffer from mental health issues and cannot fit into society," he said.

Kenji Seino, director of Tenohasi, a nonprofit organization that Qureshi works alongside, said the great emphasis society places on "hard work" and "self-responsibility" discourages empathy for the homeless.

"In Japan, we have a culture that does not support those who do not work hard enough or even considers it fine to let them fall. Basically, we have no acceptance of failure, no matter what the reason is," Seino said.

Qureshi says he began to involve students in the hope that as they come to understand "the real situation" of why people end up on the streets -- which may also include being laid off and failing to find new work -- they will take their newfound awareness back into society.

So far, he has involved students from Tokyo-based Keio and Toyo universities in his activities, which include serving meals to the needy. At one event conducted in collaboration with Tenohasi in Tokyo's Ikebukuro area on June 26, students and volunteers from the mosque helped hand out food to over 360 people.

"Today I witnessed a stark difference between normal people who were walking on the streets all dressed up, and those who had come to get food here," said Satoru Soejima, 18, who is studying Arabic at Keio University. "I always felt that they (homeless) were in a vulnerable position but I never had a chance to interact with them before. Today, I felt that I can do something to help them."

A total of 3,824 homeless were confirmed in Japan in January 2021, according to data released by the welfare ministry in April. But Tenohasi points out that the figures only include those counted during the daytime, estimating the real number is much higher.

Qureshi, meanwhile, also leads another project called Food Bank to help the students themselves, some of whom have gone hungry after losing part-time work because of the coronavirus pandemic. In the initiative, volunteers collect leftover food ingredients such as pasta from neighbors and others willing to donate, and provide it to students and organizations including Kodomo Shokudo Network.

Qureshi, a soft-spoken man, has also been helping those detained after failed asylum bids since around 2000. With Japan only accepting around 1 percent of refugee applications it receives, according to government data, many of those who fight subsequent deportation orders end up in detention.

Other than providing monetary aid for detainees' expenses from the mosque's funds, he also acts as a guarantor for those who win temporary release or finds others to take on the role.

In one month, Qureshi gets around 30 letters on average seeking help from detainees, mostly from countries in Africa or elsewhere in Asia. The count has gone down since last year as many detainees have been given temporary release due to the novel coronavirus pandemic. 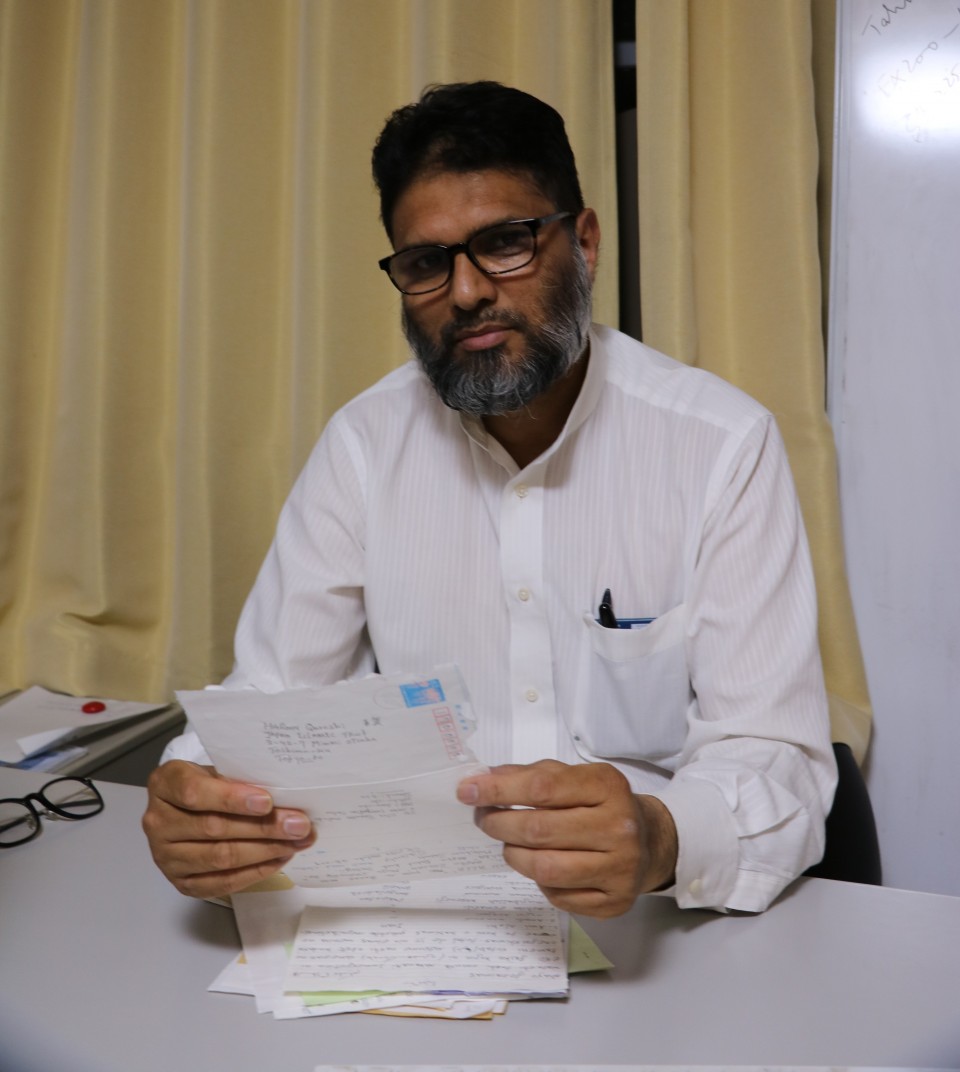 "Those inside the facilities just get food. They have no money to get clothes, telephone cards to call their families or lawyers, or even daily necessities like a toothbrush. So we give them 5,000 yen as the need arises from the mosque's funds," he said.

When asked to find money to make a guarantee deposit required by immigration authorities for the temporary release of detainees, Qureshi pays himself when he is the guarantor or asks someone else to step in using funds from the mosque.

"I've become a guarantor of some foreigners and at times ask others to help as I cannot become everyone's guarantor. I lose nothing by submitting some documents and having them released," he said.

Qureshi, who has in the past worked as a translator for jails, said he has found the attitude to inmates as "coldhearted" as he believes society is towards the homeless.

He referenced the death at an immigration detention facility in Nagoya in March of a Sri Lankan woman who had been denied temporary release for medical treatment despite complaining of stomach pain and other symptoms.

"Authorities should have taken good care when she was suffering from health issues. It is really inhumane," he said, adding that he hears complaints from many inmates about their treatment.

Asked what motivates him, Qureshi cites his Islamic faith.

"We may have different religions, color or race. But I request everyone to try and feel the pain of other members of this huge (human) family, and do what they can," he says.