Local governments in Japan need to slow down in administering COVID-19 vaccine to residents as supply is expected to remain limited in the coming months, the minister in charge of vaccination efforts said Thursday.

Taro Kono said Japan has secured sufficient Pfizer Inc. doses for about 1.2 million vaccinations per day through September, and called on prefectures and municipalities to "optimize" their schedules accordingly. 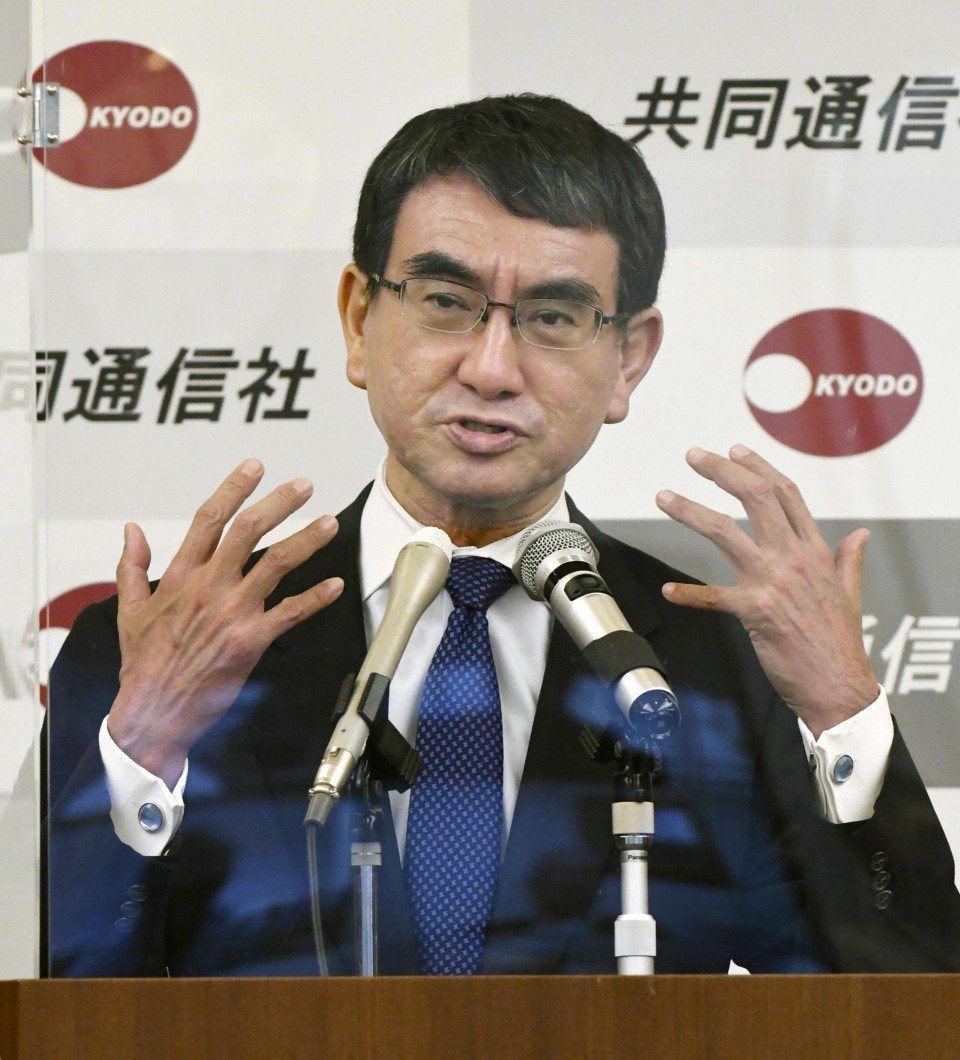 Taro Kono, minister in charge of Japan's vaccination efforts, speaks at an event in Tokyo organized by Kyodo News on July 15, 2021. (Kyodo)

The request comes as local governments have complained that they were encouraged by the administration of Prime Minister Yoshihide Suga to rapidly expand vaccination capacity, only to be told that supply would not keep up.

Kono said Japan is still set to secure enough doses by September to fully vaccinate everyone in its population who is eligible and wishes to be inoculated, while apologizing for local governments being forced to suspend or delay reservations by residents due to the vaccine shortage.

"I'm sorry, but please wait a little longer," he said at an event in Tokyo organized by Kyodo News.

Japan expects to receive 70 million doses of the Pfizer vaccine from July through September, with an additional 40 million doses already delivered to local governments and still unused.

The total, divided by the number of days through September, comes to 1.2 million vaccinations per day, down from the current pace of 1.5 million, Kono said.

Kono, who is the minister for administrative reform and took on the vaccination job in January, said he had initially expected about 700,000 to 800,000 shots to be administered daily and was teased by Suga during a recent briefing for what turned out to be a very modest estimate.

After a sluggish start compared to other wealthy nations such as the United States and Britain, Japan has quickly ramped up its vaccination program with 19.7 percent of its population fully inoculated against COVID-19 as of Wednesday.

But Kono last month halted applications for companies to administer the Moderna Inc. vaccine to employees, saying he could not ensure that the necessary doses would be distributed quickly enough.

Over 70% of Japan's elderly to be vaccinated by end of July: tally