The number of nuclear warheads possessed across the globe was estimated at 13,130 as of June, down 280 from the same month a year earlier, according to a research center at Nagasaki University, due to efforts to reduce and modernize arsenals amid reignited tensions among major nuclear powers.

The reduced number does not suggest a slowing of the nuclear arms race as warheads in military stockpiles have not decreased in the nine nuclear states, the university's Research Center for Nuclear Weapons Abolition said. The total figure includes those stored at nonmilitary facilities for dismantlement. 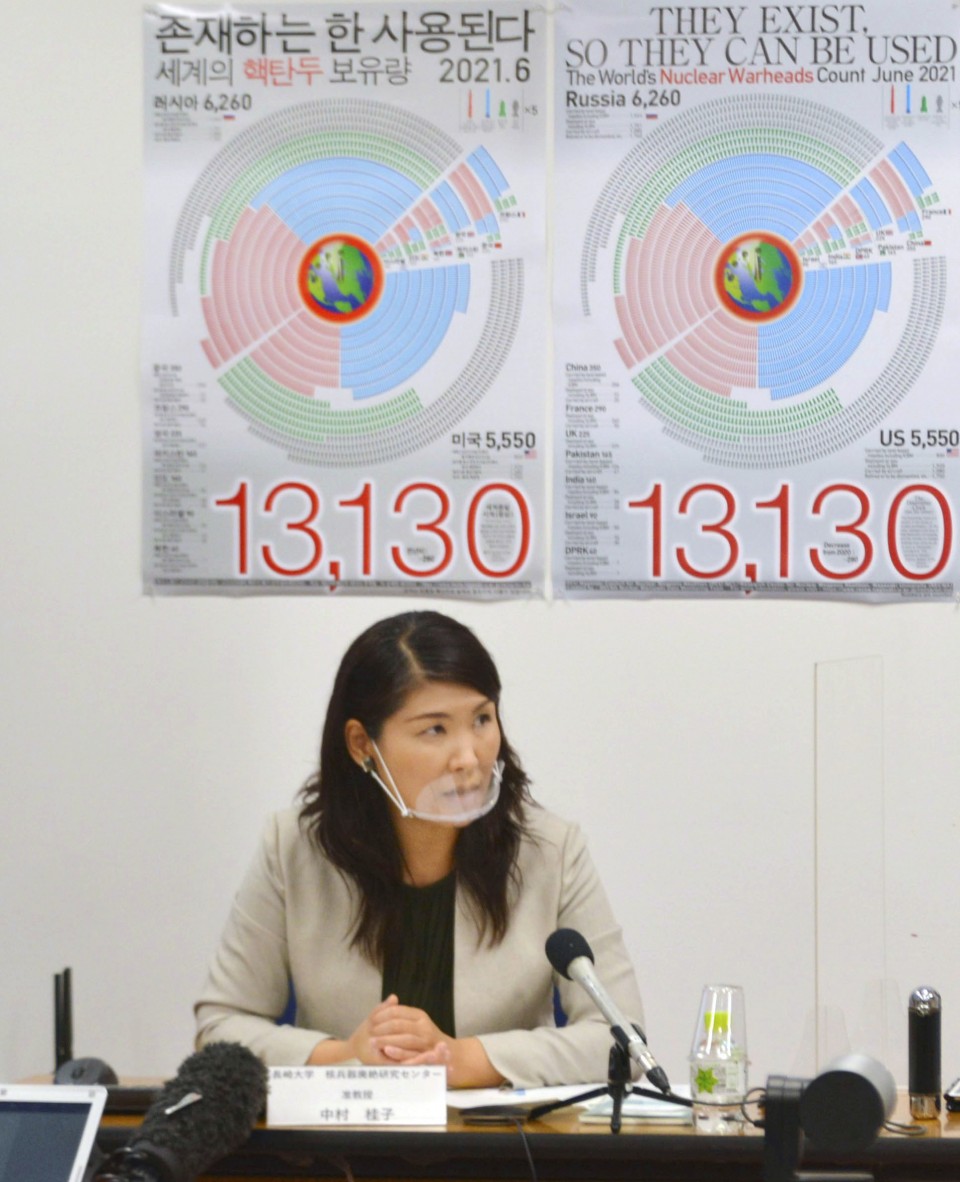 Keiko Nakamura, an associate professor at Nagasaki University's Research Center for Nuclear Weapons Abolition, speaks at a press conference on June 11, 2021, in the city of Nagasaki. (Kyodo)

Of the total, the number of warheads in global military stockpiles rose to 9,615 from around 9,346, according to a survey by the research center based on studies and data from institutes and researchers around the world. Those held by Russia and the United States accounted for 86 percent.

"The nuclear arm race is reigniting between the United States and Russia, as three-way tensions and conflicts including China continue," the center in the atomic-bombed city of Nagasaki said in the survey.

China and Britain increased their nuclear warheads by 30 each from a year earlier, while Pakistan, India and North Korea added around five to 10 each.

In February, the United States and Russia extended the 2010 New Strategic Arms Reduction Treaty to cap their nuclear arsenals for five years. The agreement came after the previous U.S. administration of President Donald Trump withdrew the country from the Intermediate-Range Nuclear Forces Treaty, a 1987 pact with Russia.

The British government said in March that it was lifting the cap on its nuclear warheads to 260 from 180 to address the risk of a terrorist group launching a successful chemical, biological or nuclear attack.

"The plan will have a serious impact" on nuclear arms reduction efforts, Keiko Nakamura, an associate professor at the research center, said at a press conference in June.