Japanese Emperor Naruhito told International Olympic Committee chief Thomas Bach during their meeting on Thursday that it is "a far from easy task" to hold the games while taking full measures against COVID-19.

During the meeting at the Imperial Palace, Bach, visiting Tokyo for the Olympics, promised to the emperor that maximum efforts would be made to prevent risks to the people of Japan.

"Under such circumstances, the managing of the games, while at the same time taking all possible measures against COVID-19, is a far from easy task," the emperor said in English. 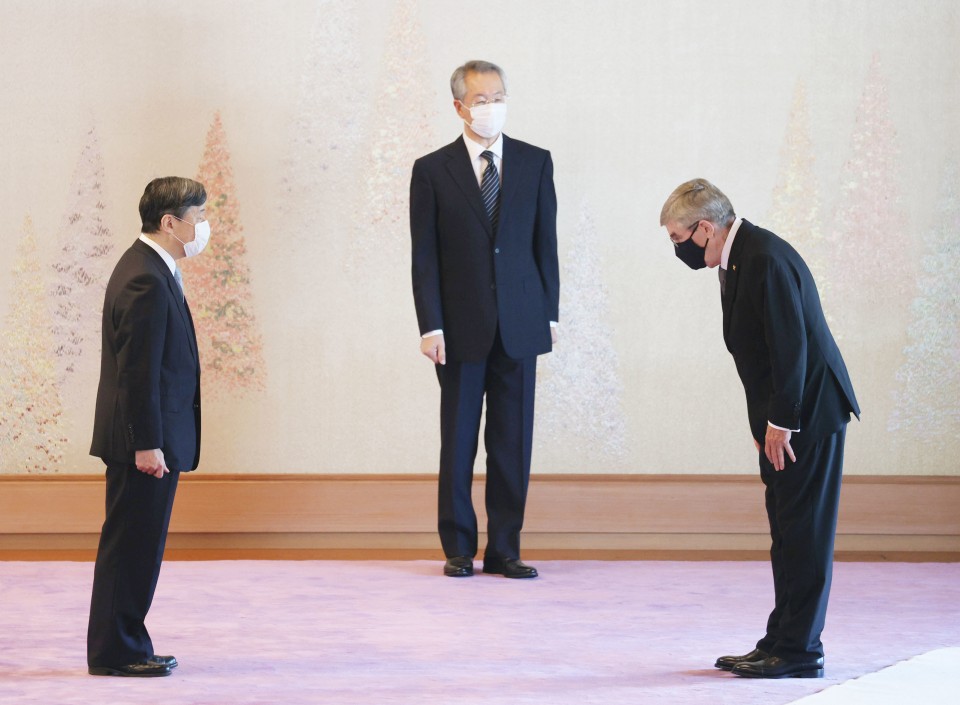 "I would like to pay tribute to all those who have been involved in the management of the games for their efforts at various venues," he said.

The meeting was held without drinks or food and social distancing was maintained as part of anti-virus steps.

The emperor, who serves as the honorary patron of the Olympics and Paralympics, is scheduled to attend the opening ceremony on Friday.

Tokyo is battling with surging coronavirus cases ahead of the Olympics, already postponed by one year from the summer of 2020. No spectators, overseas or domestic, will be permitted at venues in the Japanese capital.

On Friday, the emperor is scheduled to meet with U.S. first lady Jill Biden at the Imperial Palace.