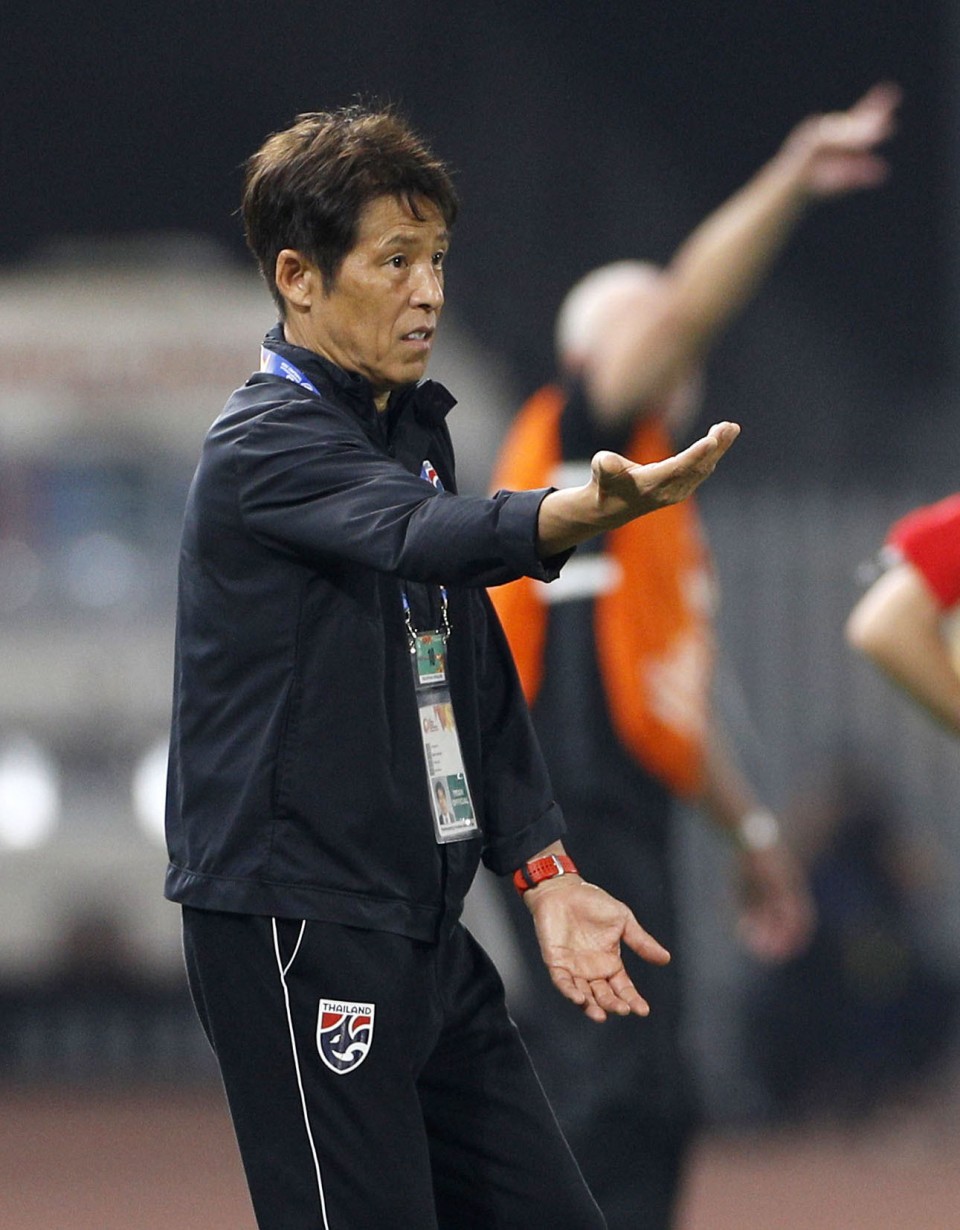 Thailand national football team coach Akira Nishino gives instructions to his players during a Group A match in the AFC U-23 Championship against Australia on Jan. 11, 2020, in Bangkok. Nishino as coach led Japan to the round of 16 at the 2018 World Cup in Russia. (Kyodo) ==Kyodo

The Football Association of Thailand, in a brief statement, said the decision to terminate Nishino's contract was made as the team's performance did not meet the association's goals.

It specifically referred to the failure of the Thai senior national team, known as the War Elephant, in its race for the 2022 World Cup in Qatar.

Former Japan national team manager Nishino was appointed as the head coach of the Thai national soccer team and the under-23 team in July 2019 after an extended run of poor performances by the senior men's side.

The 66-year-old got two-year contract extension in January 2020, winning praise for his work in the previous year.