The Japanese air force's Blue Impulse aerobatics team is set to trace five Olympic rings in the sky with colored smoke on the day the Tokyo Olympics open next month, officials familiar with the planning said Monday.

The team's fighter jets are expected to perform a flyover in the skies around the capital's National Stadium, where the Olympic opening ceremony will be held on July 23, making circular smoke trails in blue, yellow, black, green and red. 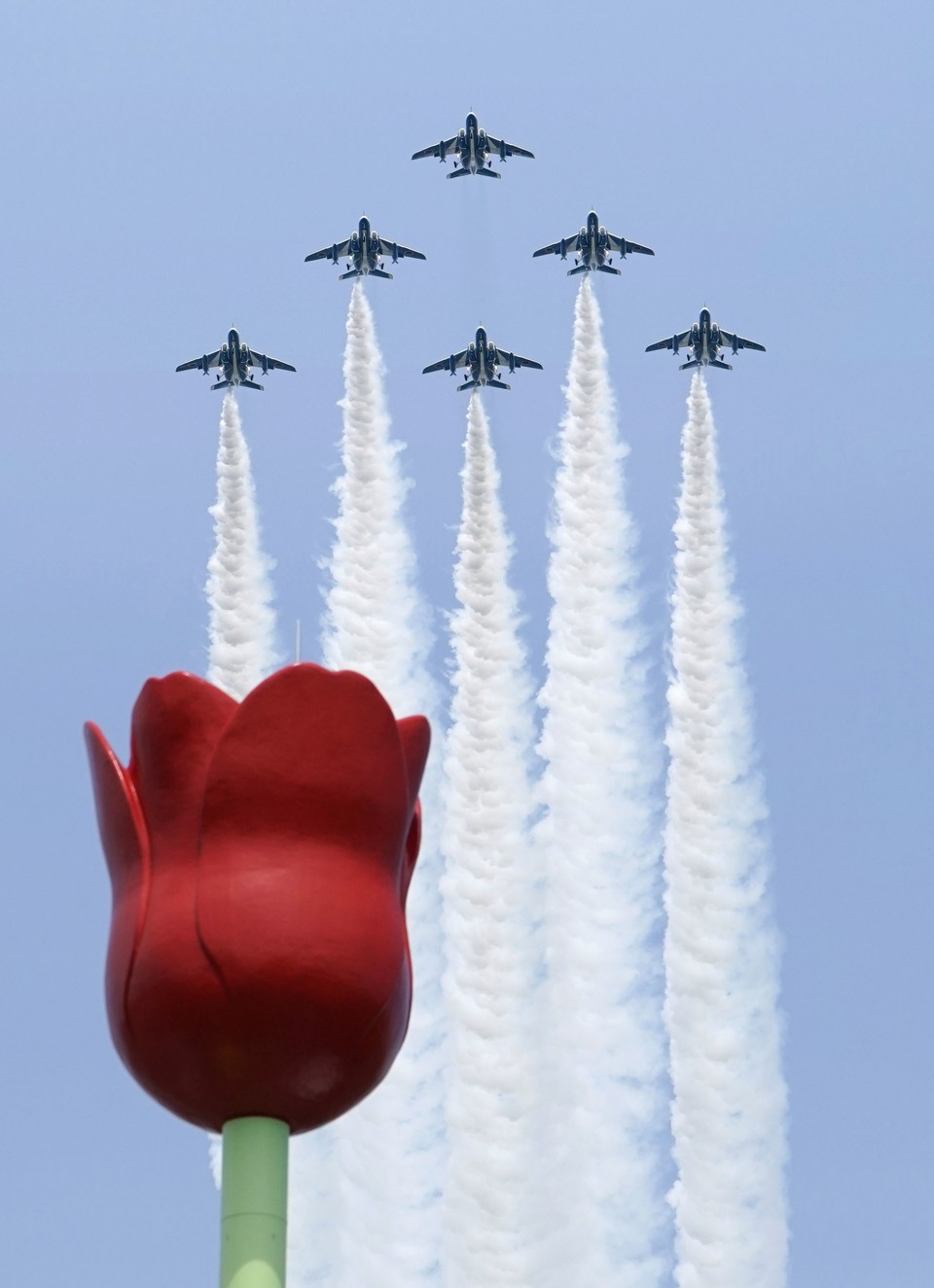 The Japan Air Self-Defense Force's Blue Impulse aerobatic team flies over the venue of the Tonami Tulip Fair in Tonami, Toyama Prefecture, on April 22, 2021, its first flyover for the public in about a year. (Kyodo) ==Kyodo

Blue Impulse, based at the Air Self-Defense Force Matsushima base in Higashimatsushima, Miyagi Prefecture, in northeastern Japan, gave similar performances at the opening ceremonies of the 1964 Tokyo Olympics and the 1998 Nagano Winter Olympics.

The aerobatics team also took to the skies in March last year to mark the arrival of the Tokyo Summer Games' flame from Greece and drew a cherry blossom in the sky with white smoke to mark the opening of the Rugby World Cup hosted by Japan in September 2019.

Last May, the team performed a flyover over central Tokyo in a show of respect to the health care workers who have been at the forefront of the battle against the coronavirus pandemic.