U.S. President Joe Biden on Sunday urged China to "act more responsibly" on human rights, underscoring concerns over the treatment of the Muslim Uyghur minority in Xinjiang, and expressed doubts over Beijing's explanation of the coronavirus' origin.

Biden said at a press conference after a Group of Seven summit in Cornwall, southwestern England, that he and other leaders shared concerns over China's lack of transparency.

"We haven't had access to the laboratories to determine whether or not -- and I have not reached a conclusion because our intelligence community is not certain yet -- whether or not this was a consequence of, from the marketplace, a bat interfacing with animals and the environment that caused this COVID-19 or it was an experiment gone awry in a laboratory." 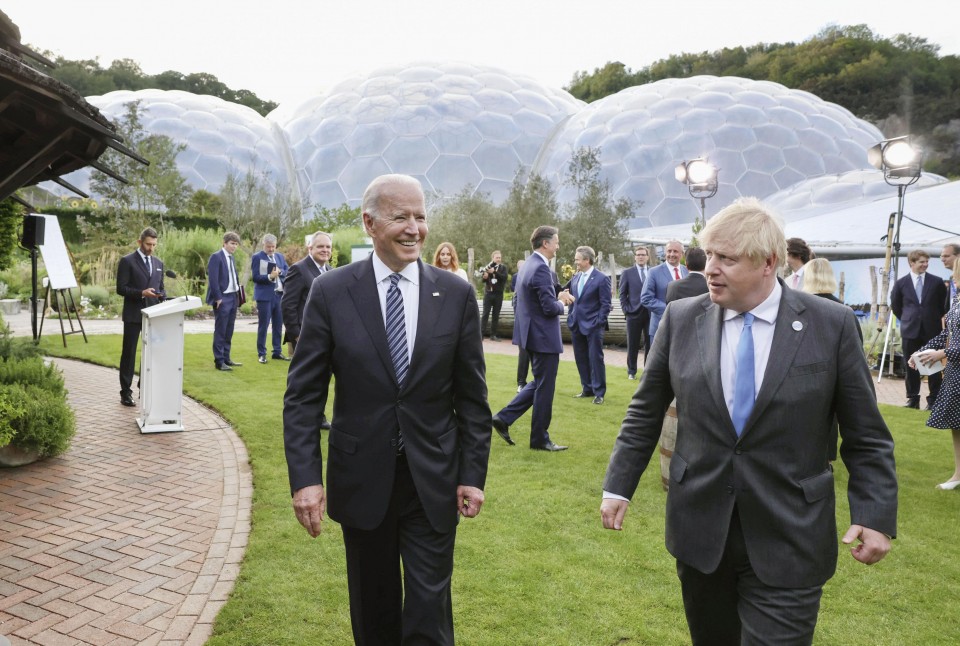 The United States has expressed "deep concerns" over the World Health Organization's investigation into the origins of the coronavirus, first discovered in Wuhan, central China.

Biden said the G-7, a gathering of the world's wealthiest democracies, is fighting an ideological battle with autocratic governments including Beijing.

"I think we're in a contest, not with China per se, but a contest with autocrats, autocratic governments around the world, as to whether or not democracies can compete with them in the rapidly changing 21st century."

"And I think how we act and whether we pull together as democracies is going to determine whether our grandkids look back 15 years from now and say, did they step up?"

Biden said the United States is turning back to its traditional partnerships and alliances after four years under his predecessor, Donald Trump, who espoused an "America First" mantra.

"America is back in the business of leading the world alongside nations who share our most deeply held values."