Two Javan rhino calves were caught on video in an Indonesian jungle in March, the Ministry of Forestry and Environment said Saturday, raising hopes for the longer-term survival of the endangered species.

A female calf, likely between 3 and 5 months old, and a male calf, whose age was estimated at around 1 year old, were separately spotted on camera traps in the Ujung Kulon National Park on the western tip of Java Island, according to the ministry. 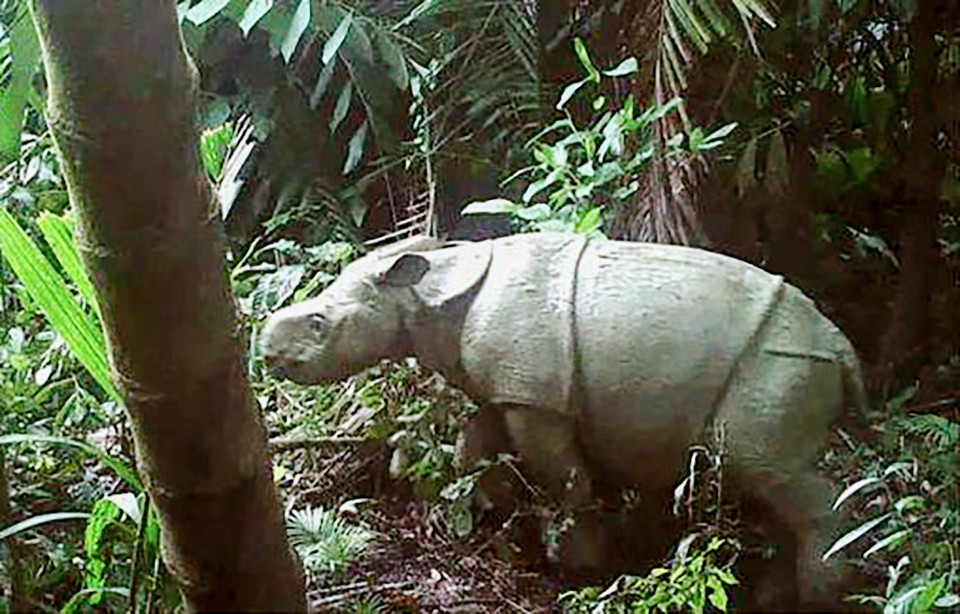 "These are the first findings of newly born calves of Javan rhinos in 2021," the ministry said in a statement.

The ministry said that with the confirmation of the two calves, Indonesia has 73 Javan rhinos -- 40 males and 33 females.

The critically endangered one-horned Javan rhinos used to be found in only two locations in the world -- in the national park and Vietnam. But the population in Vietnam was considered extinct in 2010 due to poaching, according to the World Wide Fund for Nature.

The wild population of Sumatran rhinos is estimated at less than 200, all of which live in isolated pockets on Sumatra Island and in Sabah, in the Malaysian portion of Borneo, while there are fewer than a dozen in captivity.

The decline in the number of Sumatran and Javan rhinos is attributed primarily to poaching for their horns. The giant mammals are also impacted by habitat loss as forests have been cleared to make room for plantations.