Japan's international friendly against Jamaica, scheduled for Thursday at Sapporo Dome, has been canceled after several members of the Jamaican squad were unable to board their flight due to issues with a coronavirus certification system for travelers.

The Japan Football Association, which announced the cancellation Tuesday, said the confusion over coronavirus testing prevented visiting players from meeting safety requirements for the match, including a three-day health monitoring period in Japan prior to competition. 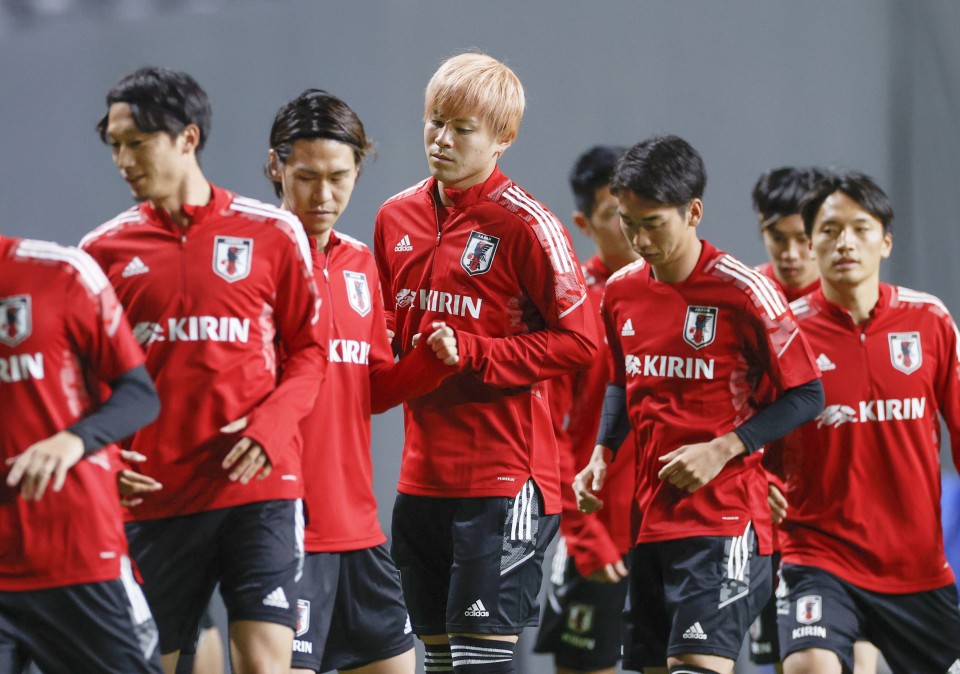 The JFA is responsible for ensuring players visiting from overseas follow strict safety criteria to prevent the spread of the virus.

All players, including foreign-based Japanese players, needed to arrive in Japan at least three days before the match, undergo daily coronavirus testing, and test negative on all three days in order to take part in the match.

While 10 members of the Jamaican squad traveled from the United States without a hitch, other players scheduled to fly from Europe could not make the trip in time after encountering problems with the screening system for air passengers.

In an online press conference, JFA President Kozo Tashima said the association was investigating the issue to avoid a repeat.

"We've had experts look into the problem. We can't let it happen again," Tashima said.

The JFA has arranged a match between the Samurai Blue and Japan's prospective Olympic under-24 squad in place of the canceled friendly. It will be played at Sapporo Dome on Thursday.

The Jamaican national team is also scheduled to face Japan's Olympic prospects at Toyota Stadium in Aichi Prefecture on June 12. Arrangements are reportedly underway to bring the squad members into the country in time for the match.

Hajime Moriyasu's Samurai Blue squad will play World Cup qualifying games at Osaka Prefecture's Panasonic Stadium against Tajikistan on June 7 and Kyrgyzstan on June 15. They are also scheduled to host a friendly against Serbia at Noevir Stadium Kobe on June 11.