Japanese Prime Minister Yoshihide Suga arrived in Britain late Thursday to attend a summit of the Group of Seven industrialized nations, with discussions set to focus on tackling global challenges such as economic recovery from the coronavirus pandemic, climate change, and China's growing economic and military influence.

"I look forward to holding frank discussions with leaders of the G-7, which shares universal values," Suga told reporters at his office before heading to Haneda airport in Tokyo, adding he will seek support for staging a "safe and secure" Summer Olympics in the capital next month. 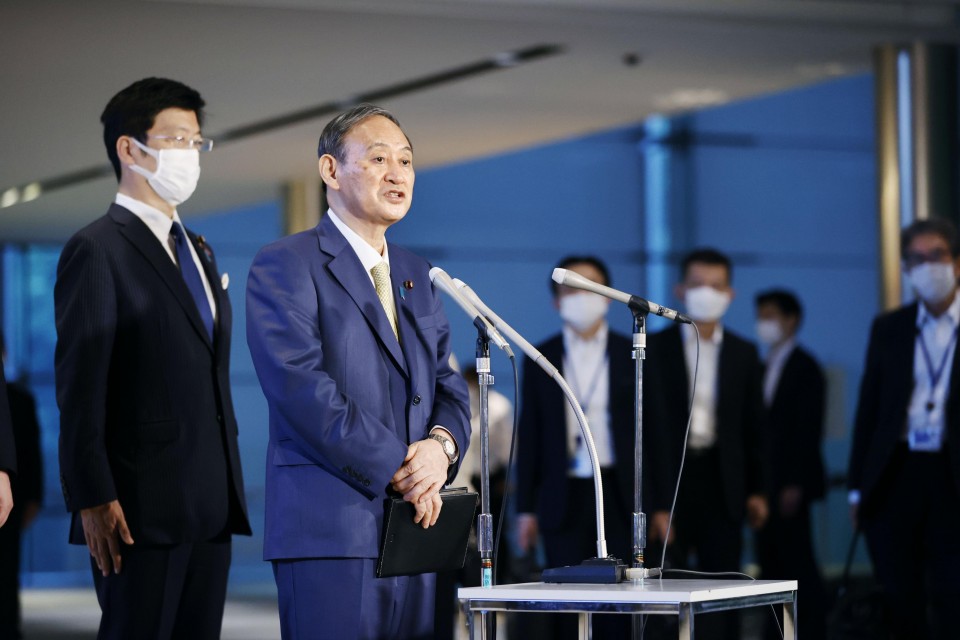 Japanese Prime Minister Yoshihide Suga meets the press at his office in Tokyo on June 10, 2021, before departing for Britain to attend a summit of the Group of Seven industrialized countries being held June 11 to 13 in the seaside resort and village of Carbis Bay, Cornwall. (Kyodo) ==Kyodo

The first in-person summit among the countries in nearly two years is taking place from Friday through Sunday in the seaside resort of Carbis Bay, Cornwall. Suga is expected to hold bilateral talks with other leaders including U.S. President Joe Biden on the sidelines of the gathering. 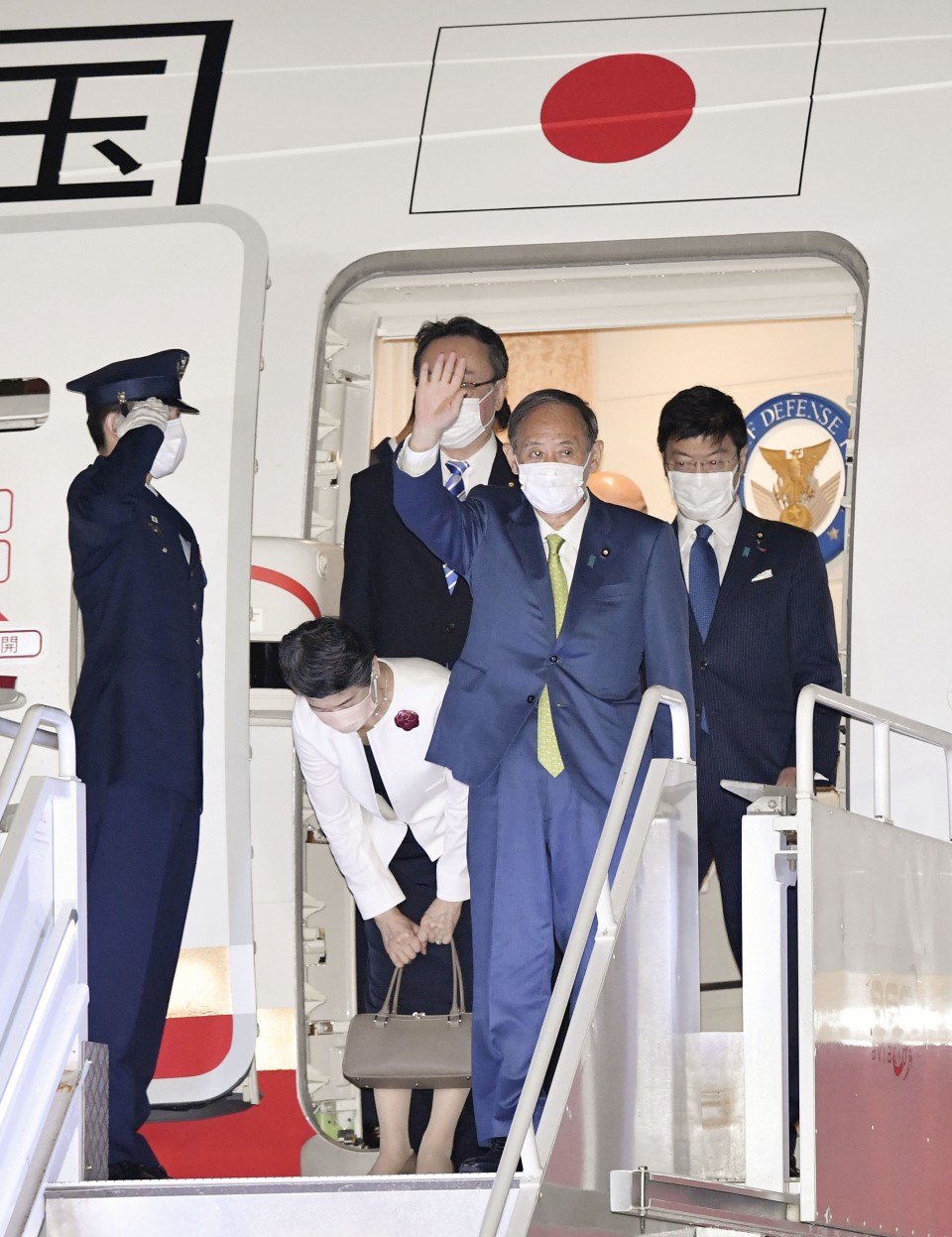 Both Suga, who took office last September, and Biden as well as Italian Prime Minister Mario Draghi will physically attend for the first time.

China will be a key topic of the summit amid concerns over its assertiveness in the East and South China seas, where it has territorial claims, and its treatment of the Muslim Uyghur minority in the Xinjiang region.

The G-7 leaders plan to unveil a new initiative to provide financing for infrastructure in the developing world as an alternative to China's "Belt and Road" project, while the post-meeting joint statement will be closely watched for references to Taiwan as the democratically self-governed island faces mounting military pressure from Beijing.

Russia, which in 2014 was ousted from what was then called the G-8 following its annexation of Crimea, and Belarus' forced landing of a commercial flight and subsequent arrest of a dissident journalist, as well as North Korea are also on the agenda.

British Prime Minister Boris Johnson, who is chairing the summit, is set to call on the G-7 -- Britain, Canada, France, Germany, Italy, Japan and the United States plus the European Union -- to commit to helping vaccinate the world by the end of 2022.

The G-7 leaders vowed at a virtual meeting in February to "make 2021 a turning point for multilateralism and to shape a recovery that promotes the health and prosperity of our people and planet," a clear departure from former U.S. President Donald Trump's "America First" agenda.

In a joint statement, they agreed to ramp up production of COVID-19 vaccines and ensure their fair distribution to developing countries as well as continue efforts to cut greenhouse gas emissions in accordance with the Paris Agreement on climate change.

In addition to Biden, Suga may hold bilateral talks with Johnson as well as German Chancellor Angela Merkel and French President Emmanuel Macron as the European nations are stepping up their involvement in the Indo-Pacific, including by sending warships through the region.

The leaders of Australia, India, South Africa and South Korea have also been invited to the summit, though Indian Prime Minister Narendra Modi has said he will not physically attend as he focuses on bringing a deadly surge in COVID-19 in his country under control.