Japan's communications ministry said Friday it has punished 32 of its officials for ethics code violations after they were treated to expensive meals by companies they supervised.

A similar case emerged later over telecom giant Nippon Telegraph and Telephone Corp. A third-party panel of the ministry launched an internal probe in March on whether entertaining the officials had influenced ministry policies such as licensing of broadcasting business. 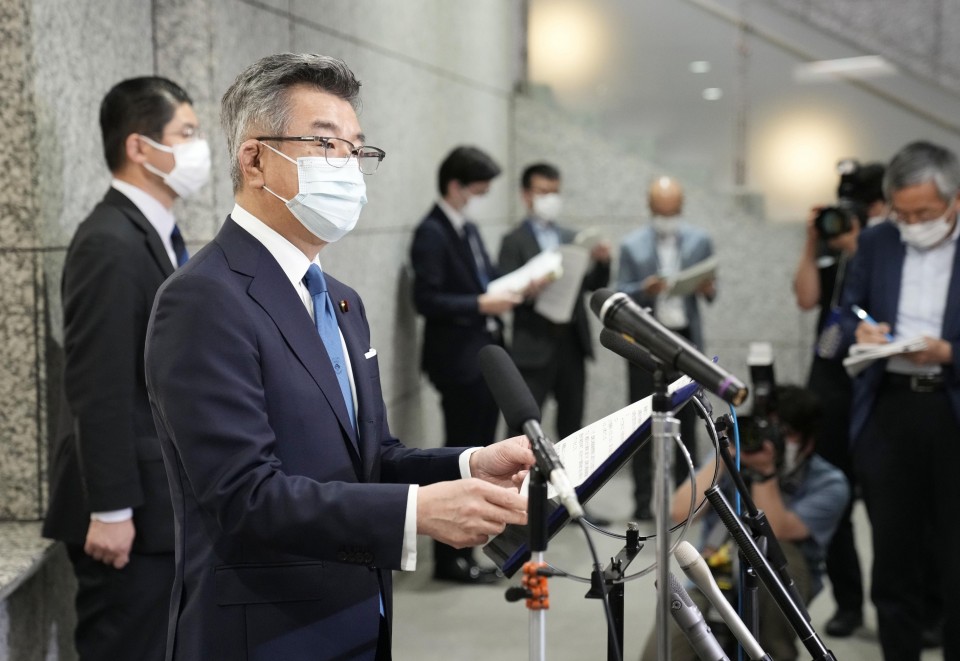 Of the 32 officials, nine have been subjected to disciplinary action, including five who were given pay cuts. Another 23 have been reprimanded, including Vice Minister Buichiro Kuroda.

Internal Affairs and Communications Minister Ryota Takeda will voluntarily return three months of his pay. He apologized at a press conference for "betraying the public's trust in the government."

The probe found there had been a total of 78 illegal cases of wining and dining. Most of the cases concerned Tohokushinsha Film, NTT and its mobile unit NTT Docomo Inc.

Tohokushinsha Film said last month its own probe had confirmed that 54 cases of wining and dining took place between November 2015 and December 2020, with Seigo Suga found to have attended 22 of them.

The third-party panel also determined that the ministry was highly likely aware in August 2017 that the company had violated a law that stipulates foreign shareholders can control less than 20 percent of voting rights in a broadcaster.

Despite the knowledge, the ministry did not revoke the license given to a channel of the broadcaster until last month, after the issue had surfaced in parliament, according to the panel, which criticized the response in an interim report.