A recent tour of Fukushima farms by two top Japan-based French chefs has raised hopes that they will help the prefecture find new markets for its agricultural produce and overcome consumer hesitancy still lingering in the aftermath of the 2011 nuclear disaster.

"This is fantastic. It's sweet when boiled and piquant when uncooked. Excellent either way," said Dominique Corby, 55, as he tasted a cabbage head at the Shiraishi Farm in Iwaki operated by Nagatoshi Shiraishi in late March. 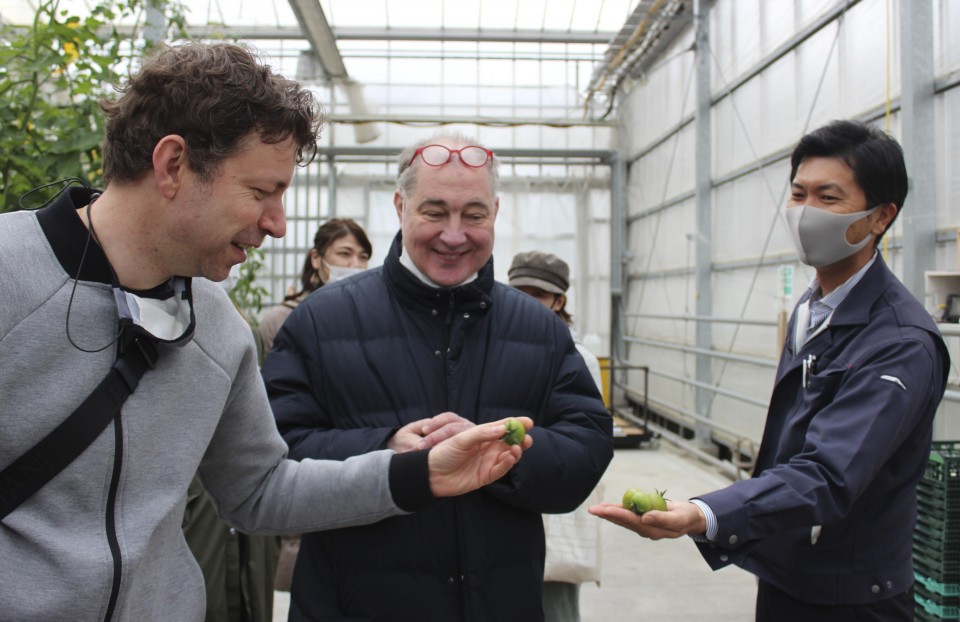 The cabbage would be perfect for making a "farci" stuffed with pork, mused Corby, who served as head chef at top restaurants in Paris and Tokyo before opening his own restaurant in the Shimbashi commercial district of central Tokyo.

The visits by Corby and patissier Jean-Sebastien Clapie, 39, were jointly arranged by "Eat and Energize the East," an association of businesses supporting farmers and food producers in Japan's northeast Tohoku region, and a nonprofit called "Entrepreneurial Training for Innovative Communities."

During the tour, Corby and Clapie swapped ideas with farmers about how to use their produce. The farmers welcomed the exchange. 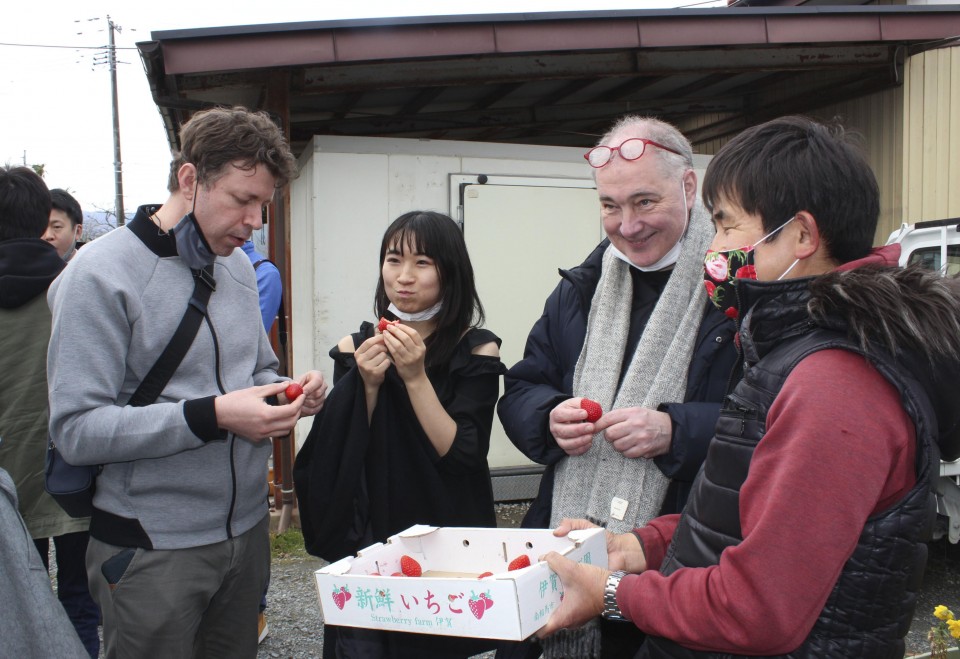 Masato Goto, 41, president of Miine Primal Co. in Motomiya, Fukushima, a rice farm, said, "We want to make the high quality of our rice widely known and expand our possibilities."

Since the nuclear plant disaster, inspection systems have been in place to guarantee the safety of the prefecture's agricultural produce, but farmers have still faced an uphill battle to win over skeptical consumers.

While the prefectural government has been working to boost exports, "Eat and Energize the East" has held business presentations in France and other countries to promote the prefecture's produce. But the coronavirus pandemic has made the situation more difficult.

"If top-rate chefs meet with food producers, that will give consumers even more security than scientific explanations," said Daiju Takahashi, 45, secretary general of the association.

"Information disseminated in French and English has an impact and helps find new customers in the Tokyo metropolitan area as well as abroad," he added in explaining the purpose of the tours. 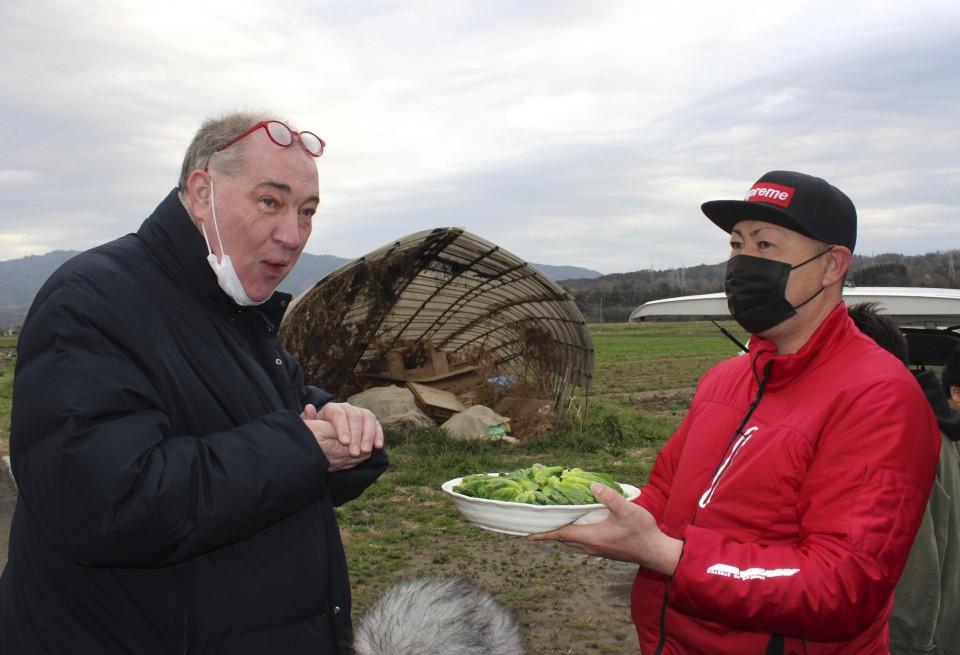 On the day of his visits, Clapie, who works at the Trunk Hotel in Tokyo's Shibuya entertainment district, posted photos from the Fukushima tour to more than 10,000 of his followers on Instagram. Featured among the photos were a mousse cake he made using Fukushima strawberries and tomatoes and a mille-feuille that combined sake lees from a local brewery with caramel.

"I want to lend my support to producers in Fukushima who are really struggling to start over from scratch," Clapie said. 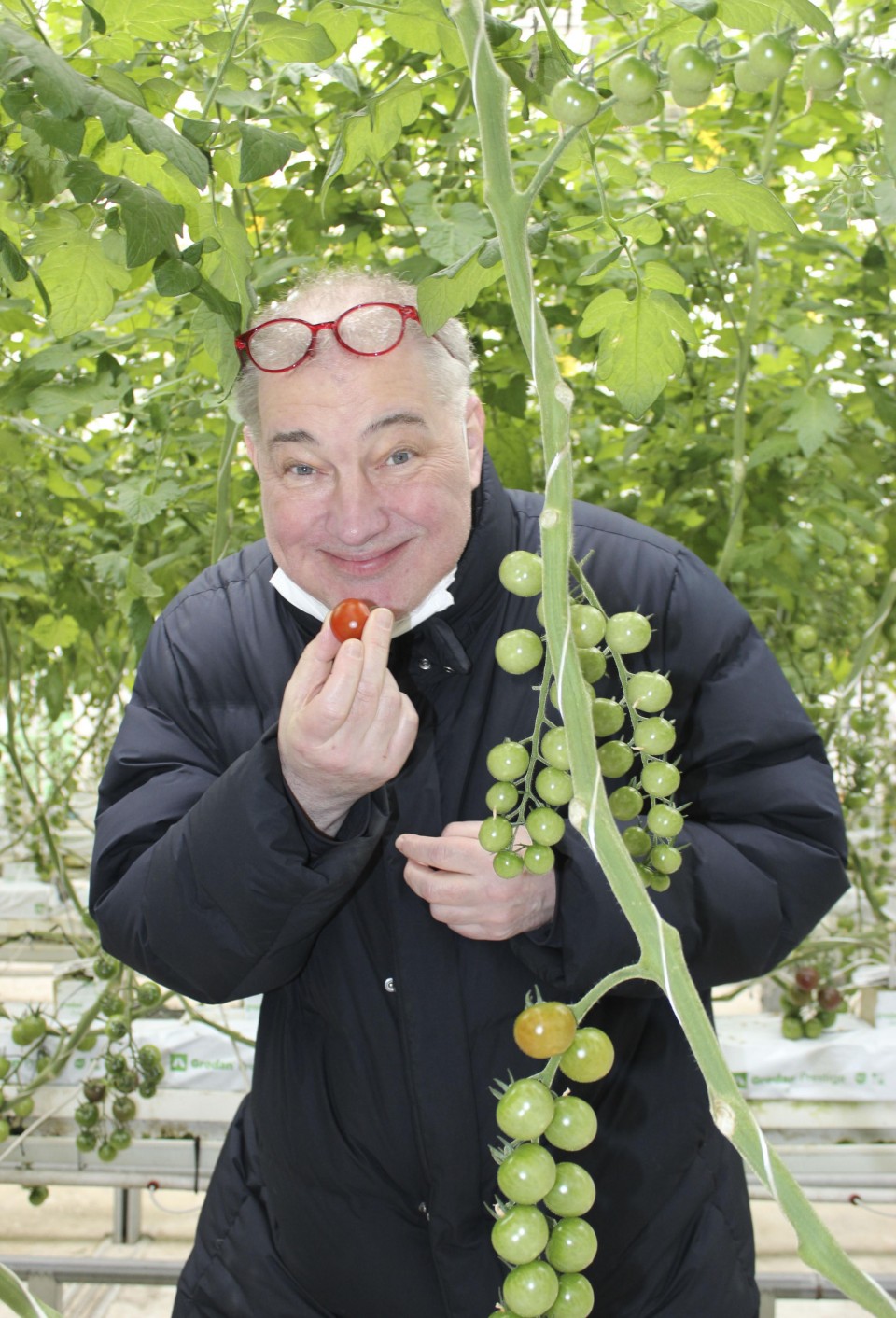 Corby is one of more than 200 chefs certified by the prefectural government as supporters of Fukushima. He had begun to seek out ways to use Fukushima produce to make products such as fruit jam for French consumers even before the disaster, making a visit there three days before the giant earthquake and tsunami struck.

"I felt food ingredients from Fukushima had real possibilities and wanted to let the world know," Corby said.

Yasumasa Igarashi, an associate professor at the University of Tsukuba and author of the book "Nuclear Accident and Food," thinks that overcoming the negative image many consumers have of Fukushima since the nuclear plant accident is half the battle in getting more people to buy fruits and vegetables from the region. Having top-rated French chefs backing the products, he says, will go a long way.

"It is important to increase the number of people who want to purchase Fukushima prefecture products, and it is meaningful to have chefs who can have this ripple effect," Igarashi said. 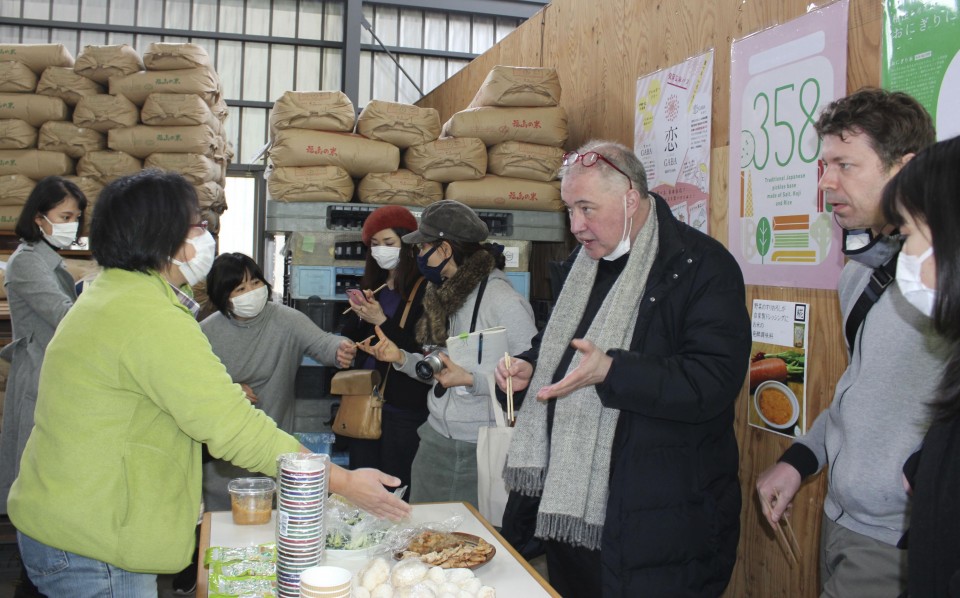