North Korean leader Kim Jong Un has stressed the need to draw "a serious lesson from defects revealed in the first half of the year," state-run media reported Saturday, as his country's economy has deteriorated amid the coronavirus pandemic.

On the final day of a four-day plenary meeting of the Central Committee of the Workers' Party of Korea, Kim also pointed out that "serious problems" have been revealed "in the work and life of the members" of its leadership organ, according to the media. 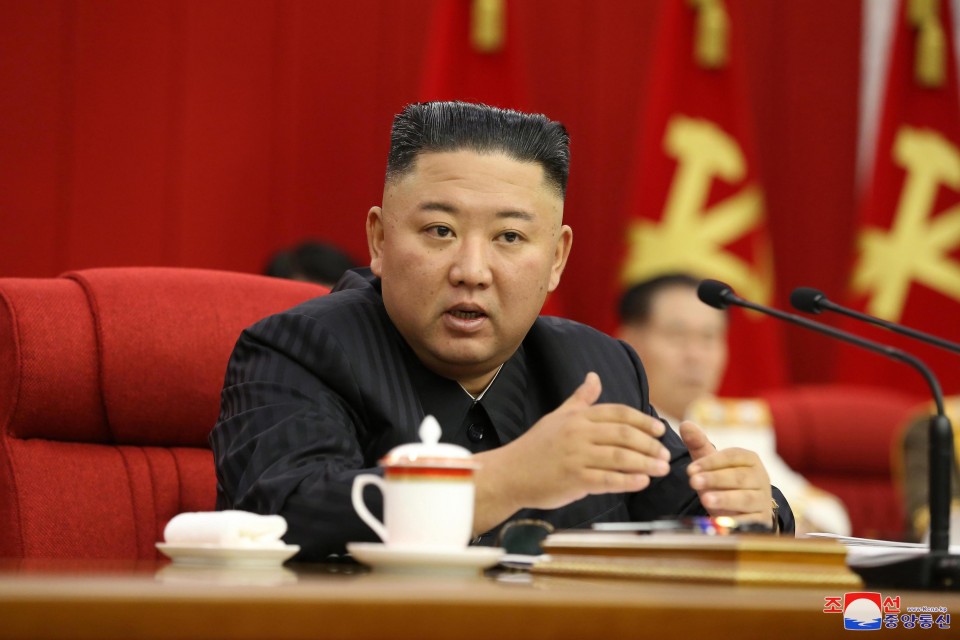 North Korean leader Kim Jong Un is pictured on the third day of a plenary meeting of the Central Committee of the Workers' Party of Korea on June 17, 2021. (KCNA/Kyodo)

Kim was quoted by KCNA as saying on the first day of the meeting that the food situation is "getting tense" as the nation's agriculture sector was devastated by powerful typhoons and flooding last year.

On Thursday, Kim promised to supply nourishing food including dairy products to all children across the country at the state's expense, the news agency reported.

North Korea's economy has languished further as the global outbreak of the novel coronavirus has stifled the country's trade with China and the farming industry has become sluggish, likely making it more difficult for its citizens to obtain adequate daily necessities.

Pyongyang claims it has had no coronavirus infections, but the nation has cut off traffic to and from China and Russia since early last year, with fears growing that the virus -- first detected in the Chinese city of Wuhan in late 2019 -- may spread across its borders.

China is known as Pyongyang's closest and most influential ally in economic terms. North Korea depends on China for more than 90 percent of its trade.

On the diplomatic front, Kim pledged Thursday to prepare for both "dialogue and confrontation" with the administration of U.S. President Joe Biden.

It is thought to be the first time Kim has publicly expressed eagerness to talk with the Biden administration since it came to power in January, with denuclearization negotiations between North Korea and the United States stalled for around 18 months.

North Korea had voiced reluctance to hold bilateral talks with the Biden administration unless Washington withdraws what Pyongyang considers its hostile policy position.

Some foreign affairs experts, however, said Kim might be keen to resume communication with the United States to receive economic aid.

At their first summit in 2018 in Singapore, Kim and Biden's predecessor Donald Trump agreed Washington would provide security guarantees to Pyongyang in return for "complete" denuclearization of the Korean Peninsula.

The following year, they fell short of bridging the gap between U.S. demands and North Korea's calls for sanctions relief at their second summit in the Vietnamese capital Hanoi.

Trump and Kim met in June 2019 at the Demilitarized Zone dividing the two Koreas, but bilateral negotiations have been at a standstill, with a working-level meeting held in the Swedish capital Stockholm in October that year ending without progress being made.