Ryota Yamagata ran 100 meters in 9.95 seconds on Sunday at a race in Tottori in western Japan, shaving 0.02 off the national record set by Abdul Hakim Sani Brown in June 2019.

Yamagata was a member of Japan's 2016 Olympic silver medal-winning 4x100-meter relay team along with Shota Iizuka, Yoshihide Kiryu and Asuka Cambridge. He became the fourth Japanese sprinter to run the 100 in under 10 seconds. 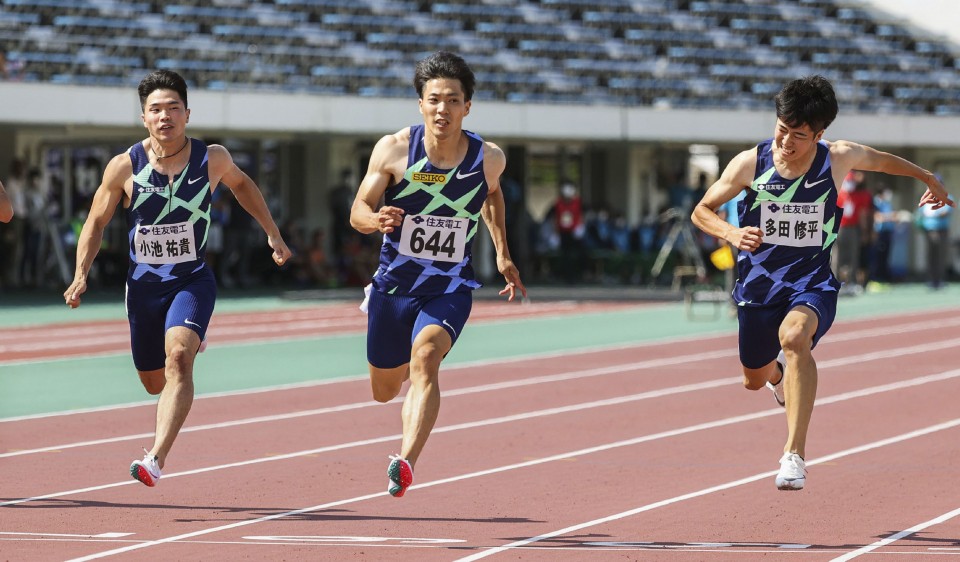 "I've wanted to break 10 seconds all this time, so I'm happy to have done so," Yamagata said after he won at the Fuse Sprint four days shy of his 29th birthday. "I felt this was a meet I didn't want to miss. I see the Olympics as being the real competition."

Yamagata has twice reached the Olympic semifinals in the 100. His personal best before Sunday was 10.00. But while others broke the 10-second barrier one by one, Yamagata has been beset by physical issues.

In 2019, he suffered from a collapsed lung and discomfort in his legs. Last year, he was troubled by pain in his right knee. His fitness issues led him to question his methods, and for the first time this spring, Yamagata began working with a personal coach.

Daiki Takano, who trains Asuka Terada, the women's 100 hurdles national record holder, as well as the sprinters at Yamagata's alma mater, Keio University, has helped him refine his training methods.

Since working with Takano, Yamagata has adopted specific routines to improve his hip movement and has been virtually injury-free.

With the Olympics starting on July 23, Yamagata's time on Sunday increases expectations that a Japanese sprinter will advance to the Olympic men's 100 final for the first time in 89 years and win gold in the 4x100 relay.

The world record in the 100 is 9.58, set by Jamaica's Usain Bolt. The Asian record is 9.91, set by Qatar's Femi Ogunode and equaled by China's Su Bingtian. 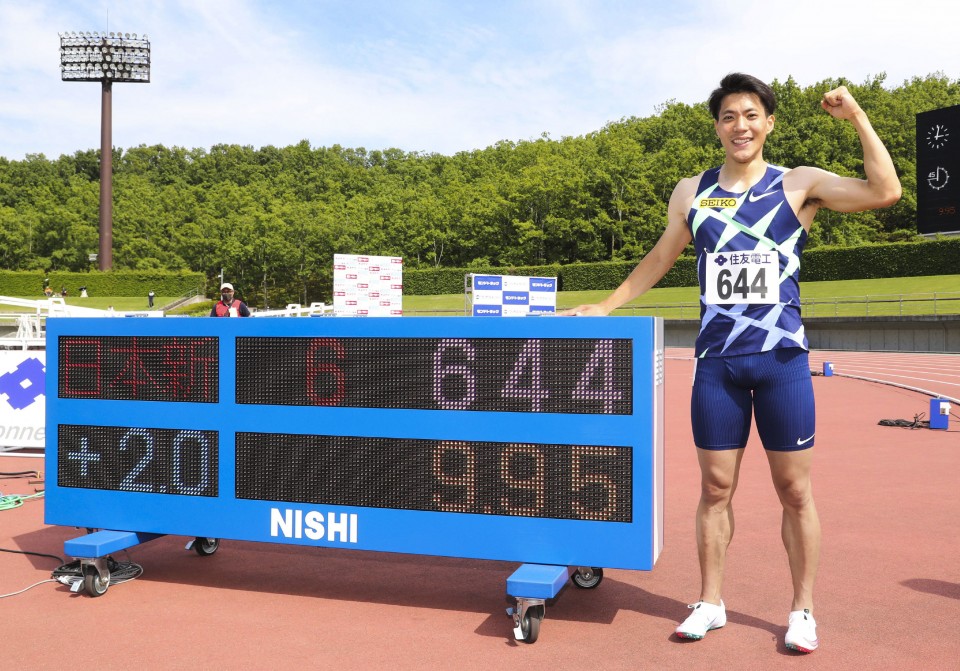