Japan's three-time Olympic champion Kohei Uchimura will compete in his fourth Olympics this summer in Tokyo after earning selection on Sunday through a points-based qualification system for individual events.

Uchimura grabbed the host nation's only spot for the individual apparatus events at the Tokyo Olympics, which will open on July 23, following a second-place finish on Sunday in the horizontal bars at the national apparatus championships at Takasaki Arena. 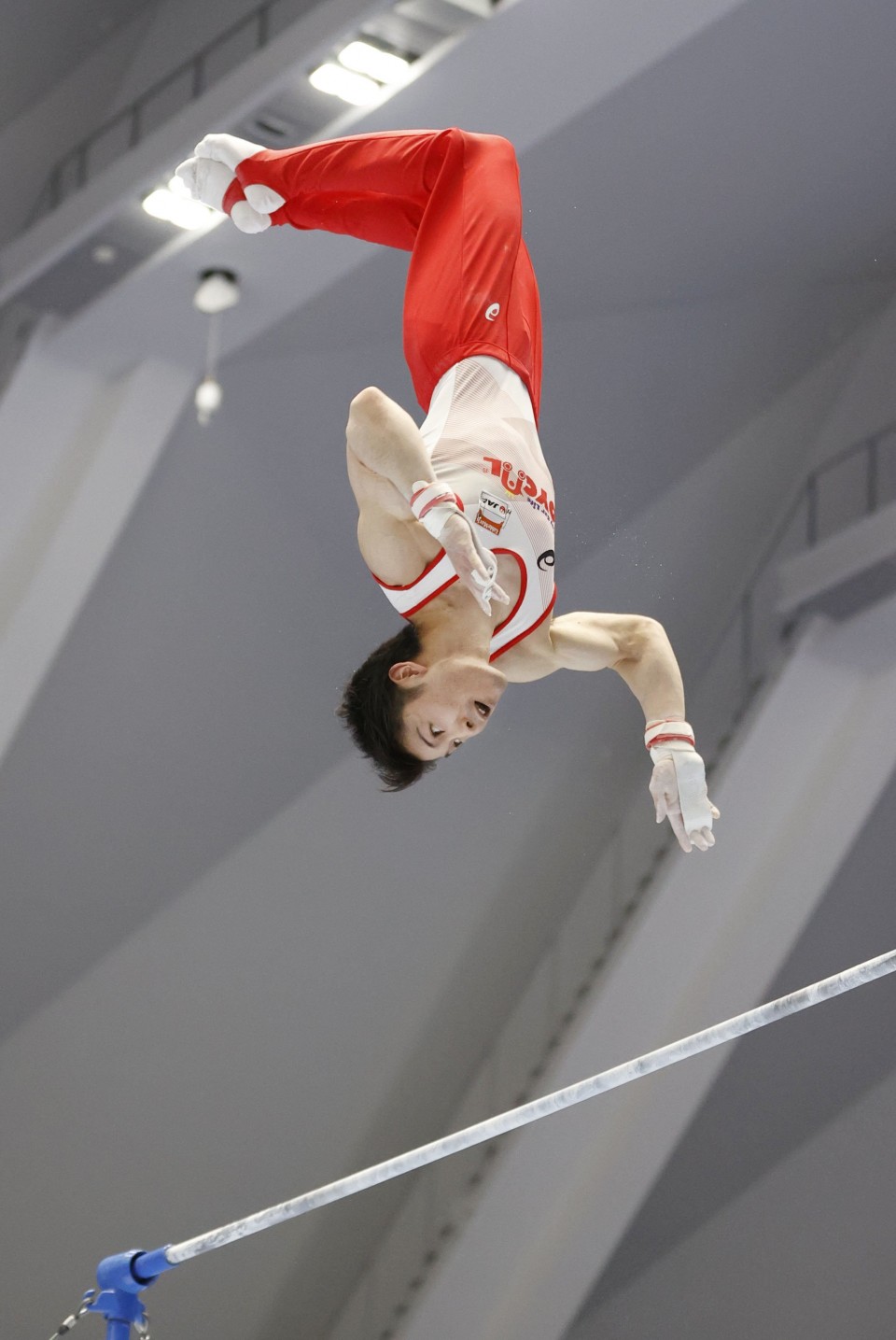 Kohei Uchimura executes the Bretschneider in the horizontal bar final at the national apparatus championships on June 6, 2021, at Takasaki Arena in Gunma Prefecture, eastern Japan. (Kyodo)

"I thought I didn't have a chance of going to the Olympics after I landed," said Uchimura, who earned 15.100 points for his routine after making an error.

"So even though I'm told I can go, it makes me wonder if I really deserve to go, rather than being happy."

Uchimura has focused on the individual horizontal bar event at the Olympics instead of defending his titles in the team event and the individual all-around competition, consisting of six apparatuses, due to his recent fitness struggles, and to improve his chances of competing in Tokyo.

He finished the qualification race ahead of Hidenobu Yonekura, who was gunning for his maiden Olympic berth in the vault. The Japan Gymnastics Association implemented a point system covering three tournaments that doubled as qualifiers held since April. 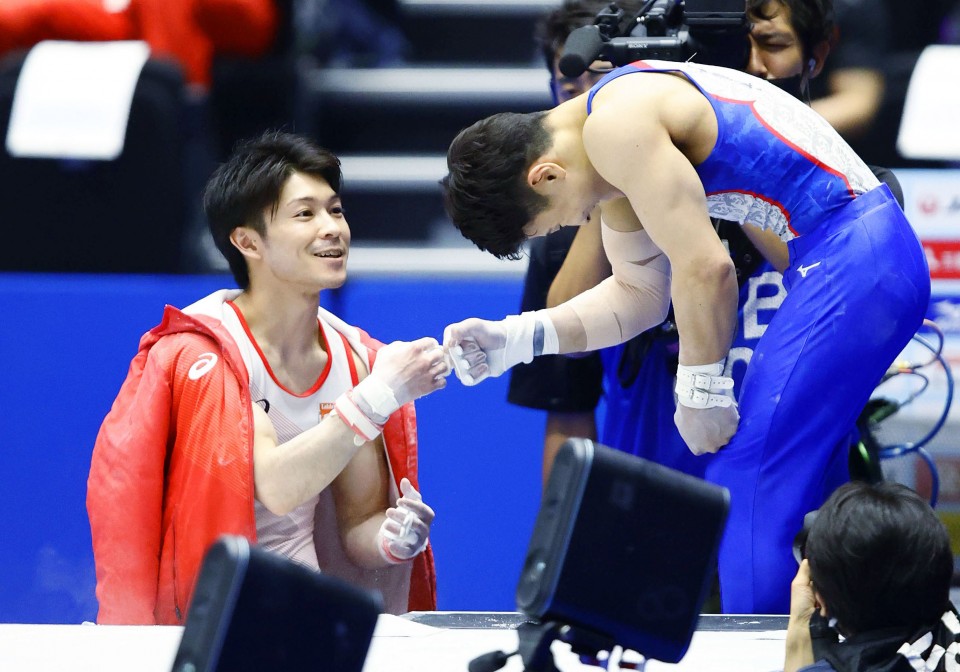 They will join Daiki Hashimoto, who won May's NHK Cup, and Kazuma Kaya in Japan's four-member team for the Tokyo Games, which were postponed for a year due to the coronavirus pandemic. None of the gymnasts of Japan's gold-winning Rio Olympic squad was named for the event.

Performing in front of spectators, Uchimura opened with a highly difficult "Bretschneider" move but made a mistake in one of the elements, a day after nailing a flawless routine in the preliminaries and leading Yonekura in Olympic qualification points.

The national horizontal bar event was won by Hashimoto, who scored 15.133.

"It was no good. I wanted to nail the Olympic berth with a solid performance, so I feel very sorry for Yonekura," Uchimura said.

Uchimura made his Olympic debut at the 2008 Beijing Olympics, where he finished with a silver in the individual all-around event. He won the event at the 2012 London Games and 2016 Rio de Janeiro Games.

However, he struggled with fitness following the 2016 Games, and his winning streak at all-around events was snapped at 40 after he withdrew from the 2017 world championships due to a left ankle injury.

Also troubled by shoulder pain, Uchimura in 2019 said qualifying for the Tokyo Olympics was a pipe dream. He has been specializing in the horizontal bars, his strongest apparatus, since last year.