Period-proof underwear designed to protect women from leaks and keep them feeling dry has become popular in Japan in recent years, and one Osaka mother with a young daughter has developed a similar product for girls who are starting to menstruate.

Mayumi Miyaguchi, owner of an apparel company in the city of Osaka, has produced a line of "absorbent shorts" for elementary and junior high school girls who may feel embarrassed about carrying sanitary napkins to school. 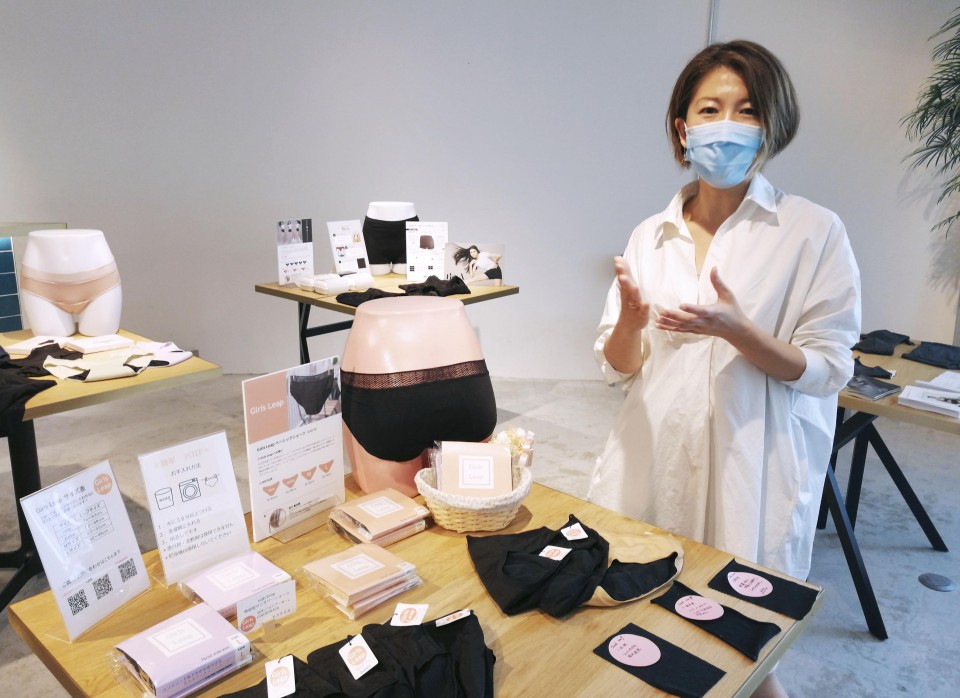 Photo taken on May 20, 2021, in Tokyo, shows Mayumi Miyaguchi, owner of an apparel company in the city of Osaka, who has produced a line of "absorbent shorts" for elementary and junior high school girls. (Kyodo)

The idea came to her two years ago when her daughter was about to have her first period. The period-proof panties developed by Miyaguchi have been gaining popularity as they have proved effective while being cheaper than those used by adults.

Although Miyaguchi initially told her daughter to "tuck her napkins away so that they aren't noticeable" when going to school, she felt it was strange for her daughter to feel the need to hide them since there is nothing shameful about using them.

"It's weird that girls have to sneak around when they have their periods," Miyaguchi said. "My daughter's generation should have more freedom."

Period-proof panties originated in Europe and the United States, and Japanese manufacturers have only entered the market in the past several years. They are one of the representative products of "femtech," which uses special fibers and aims to embrace technology to solve problems specific to women. 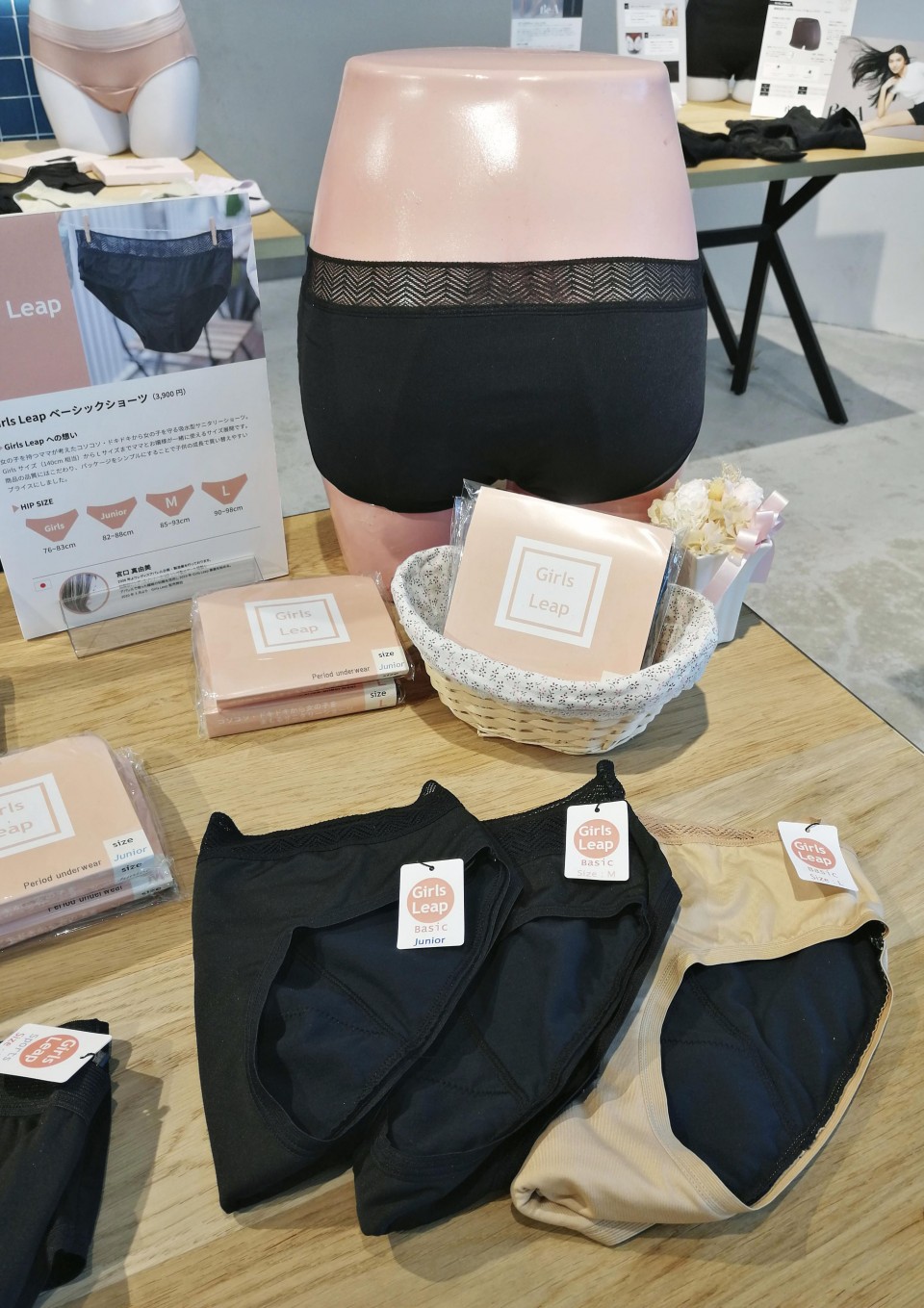 Miyaguchi had always believed paper-based pads produce too much waste. She thought period-proof panties were convenient because the fabric absorbs menstrual fluid and can be washed and reused many times. But they were not available in Japan at the time.

She ordered them from the United States, but as she expected they were too large for Japanese children.

That is when she decided to take matters into her own hands, making use of her experience as an underwear buyer to commercialize period-proof shorts by herself.

She wanted to ease the burden on parents and children by making a sturdy product that does not wear out even when laundered repeatedly in a washing machine.

While most period-proof shorts cost around 6,000 yen ($54) a pair, Miyaguchi set the price of her product at 3,900 yen, keeping in mind the need for parents to buy new ones as their children grow.

Most period-proof underwear for adults is black, but Miyaguchi added beige to her product lineup in response to parents who gave feedback that "some schools prohibit black underwear."

Miyaguchi named her brand "Girls Leap," hoping that girls will "enjoy their lives to the fullest and take a leap forward." Currently, her products are sold mainly on the company's website, but she suggested she will soon need to step up production.

"Now production almost can't keep up with demand," she said. "It's been a great response."

Miyaguchi recently received a letter of thanks from a mother raising a junior high school girl with a mental disability.

The mother says when her daughter uses sanitary napkins, she sometimes removes them because she feels "they are foreign-feeling." But since using the product developed by Miyaguchi, she says her daughter "can wear them just like other underwear so it's a big help."

Looking ahead, Miyaguchi aims to develop period-proof products that can be worn under leotards for children who dance and perform ballet, as well as products with a function to combat incontinence, often experienced among postpartum women, she said.