Swimming: Rikako Ikee to concentrate on relays at Tokyo Olympics

Leukemia survivor Rikako Ikee will concentrate on the relays at the Tokyo Games this summer, with the Japan Swimming Federation naming her Monday on its entry list for the Olympics.

The 20-year-old, who was diagnosed with leukemia in February 2019, stunned the swimming world this April by winning all four of her events at the national championships -- the 50- and 100-meter butterfly and freestyle -- to earn spots on two Olympic relay teams. 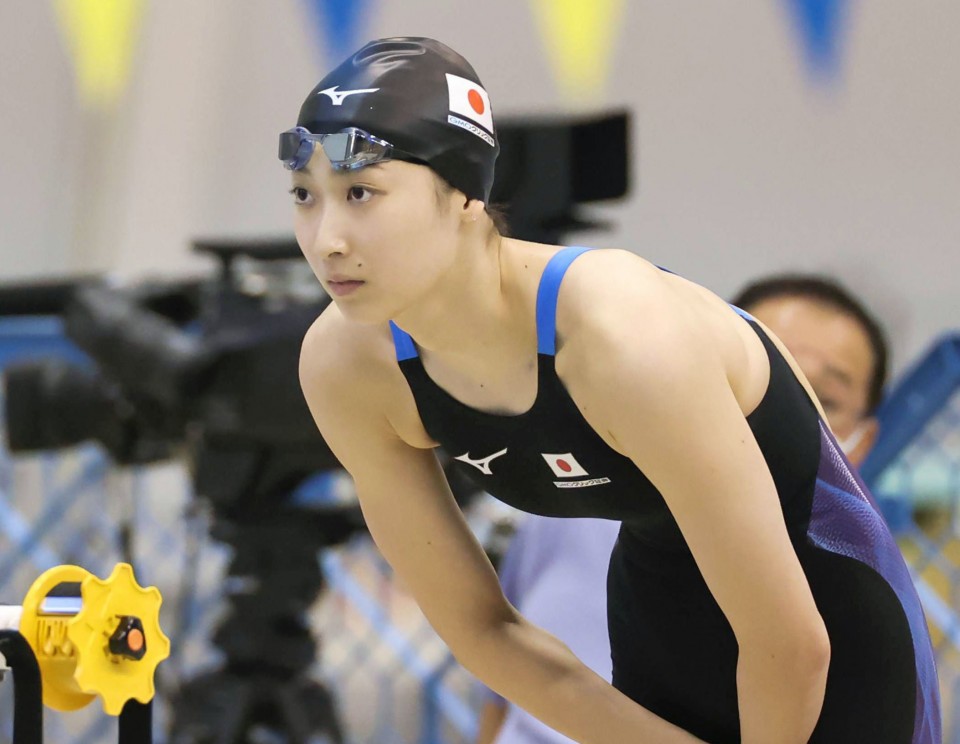 Rikako Ikee is pictured ahead of the women's 100-meter backstroke final at the Ikiiki Ibaraki Yume Cup swimming competition on May 23, 2021, in Hitachinaka in Ibaraki Prefecture, eastern Japan. (Kyodo)

She is set to swim her first race of the Olympics in the 4x100 freestyle heats scheduled for July 24, a day after the opening ceremony.

Although competing in individual events was a possibility, Ikee had been intent on prioritizing relays, saying she "wants to contribute to the team."

Kosuke Hagino, the 400 IM gold and 200 IM silver medalist in Brazil, will swim the 200 IM and in the 4x200 freestyle relay. He is joined in the relay by Katsuhiro Matsumoto, who will be bidding for gold in the 200 freestyle.

Shoma Sato, another gold medal hopeful in the men's 200 breaststroke, will also compete in the 100.

The federation will decide the members for the men's, women's and mixed 4x100 medley relays during the games.