The shipment of cubic watermelons from Zentsuji on the island of Shikoku is expected to continue until late July, with each fruit priced at around 10,000 yen ($90). 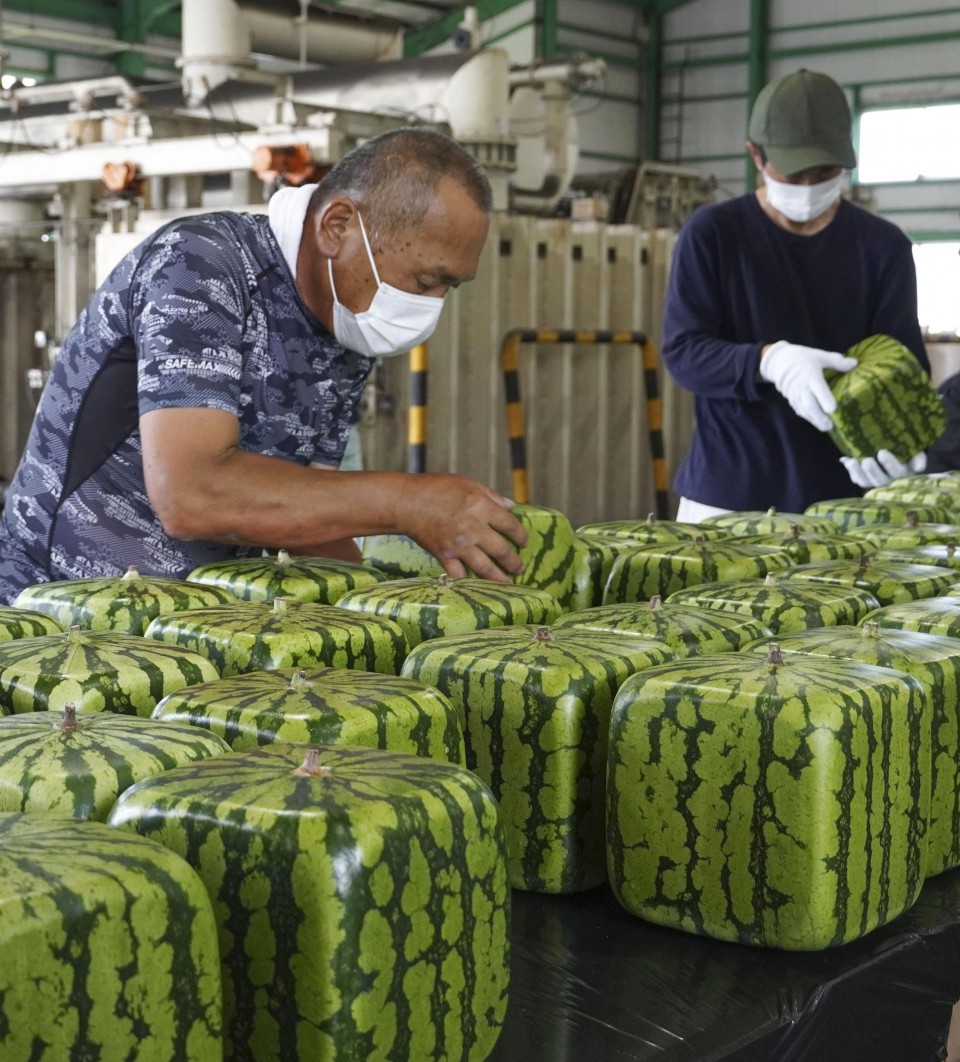 Workers check cube-shaped watermelons in Zentsuji, Kagawa Prefecture, western Japan, on June 30, 2021, as the season's first shipments of the fruit start. The watermelons used as ornaments were grown in square plastic containers and they carry a wholesale price of around 10,000 yen ($90) a piece. (Kyodo)

Square watermelons, which are harvested while still unripe, are not edible and are purchased generally as ornaments at such places as department stores and fruit shops.

Shaped into about 18-centimeter cubes by being grown in transparent plastic containers with iron frames that allow for sufficient sunlight, the development of such watermelons started about 50 years ago, with the aim of creating a fruit that was easy to store in a refrigerator.

The number of square watermelon growers has since declined to seven due to a lack of successors, while low temperatures since April this year saw the product harvested a week later than usual. Each watermelon weighs about 6 kilograms.

"I hope people will enjoy looking at these watermelons and blow away the summer heat," said Toshiyuki Yamashita, 73, who was involved in the development of square watermelons with his father.