Japan's parliament passed a bill Friday to amend procedures for a national referendum, in a step toward the possibility of a revision to its war-renouncing Constitution and giving the government more emergency powers.

The revision to the national referendum law makes it easier for citizens to vote, allowing them to cast their ballots at places such as train stations and shopping complexes. The bill was passed after around three years of debate between the pro-revision ruling party and the main opposition party. 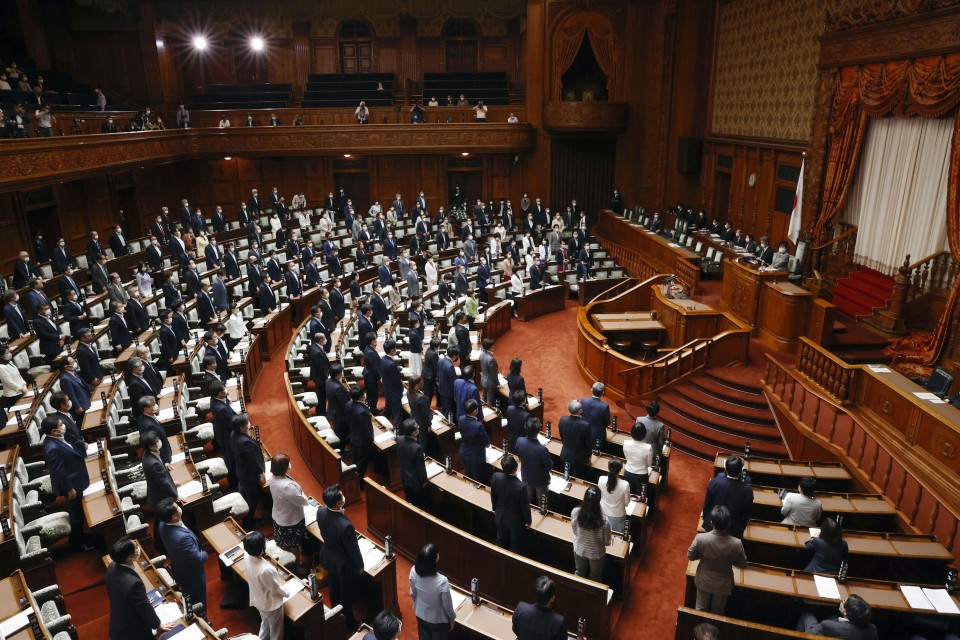 The House of Councillors passes a bill during a plenary session at the parliament on June 11, 2021, to amend procedures for a national referendum. (Kyodo)

The postwar Constitution, which took effect in 1947, has never been revised, with calls for both maintaining and amending the charter's pacifist Article 9 remaining a focal point. Any proposed revision needs to be approved by a two-thirds majority in both the upper and lower houses before the proposal can be put to a national referendum.

The revision also coincides with growing calls for the introduction of an emergency clause to give broad authority to the Cabinet and limit citizens' rights under such circumstances as the COVID-19 pandemic.

Under the current supreme law, Japan's coronavirus state of emergency does not entail a hard lockdown of the kind some other countries have imposed, and largely relies on cooperation with the public and businesses in introducing measures.

The ruling Liberal Democratic Party submitted the bill to amend the referendum law in June 2018 under then Prime Minister Shinzo Abe, along with its junior coalition partner Komeito and two smaller parties.

But, the main opposition Constitutional Democratic Party of Japan has opposed the bill, citing the need to restrict TV, radio and online commercials, as voting would be influenced by campaigners' funds.

The LDP accepted the CDPJ's request to add a clause stipulating that measures on the restrictions will be taken within three years after the revised law comes into force, in exchange for cooperation from the opposition party to pass the bill.

Over half say Japan needs to amend Constitution for virus response