The Japanese government decided Thursday to lift the COVID-19 state of emergency in Tokyo and eight other prefectures, while keeping some restrictions amid concern about a rebound in infections with a little more than a month until the Tokyo Olympics.

In addition to the capital, the state of emergency will end on Sunday in Hokkaido, Aichi, Kyoto, Osaka, Hyogo, Okayama, Hiroshima and Fukuoka.

Okinawa will be the only prefecture to remain under the state of emergency until July 11 as its hospitals remain strained by the surge in COVID-19 patients. 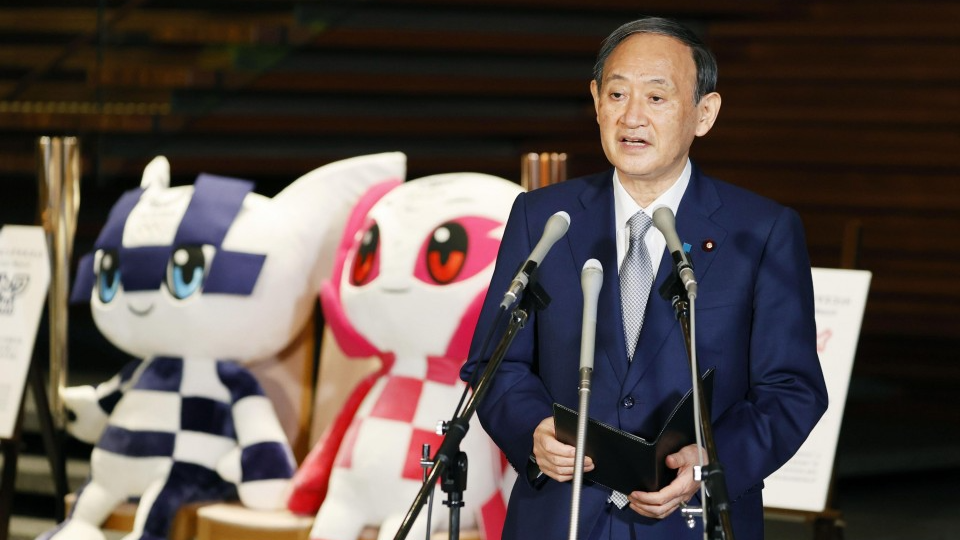 Japanese Prime Minister Yoshihide Suga meets the press at his office in Tokyo on June 16, 2021, after holding talks with other ministers over the COVID-19 state of emergency, scheduled to end on June 20. (Kyodo) ==Kyodo

The move comes as infections are declining nationwide and vaccinations are gradually ramping up, although experts have warned that easing restrictions and the spread of highly contagious variants of the coronavirus could trigger a resurgence.

"The thing we have to be most careful about is preventing a big rebound," Prime Minister Yoshihide Suga said at a press conference after finalizing the decision at a task force meeting. 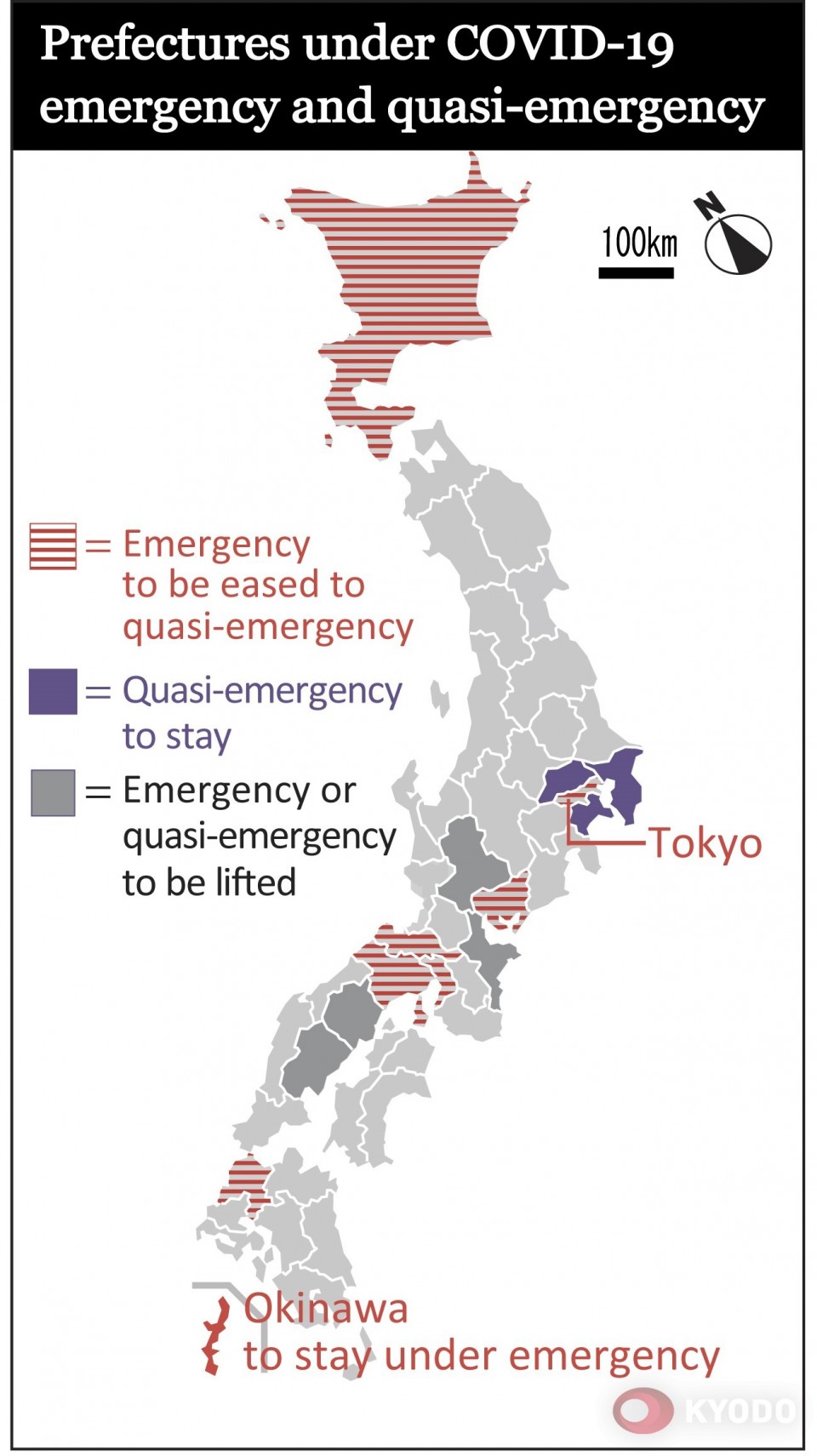 Tokyo and six of the prefectures will shift to a quasi-state of emergency until July 11. Okayama and Hiroshima, where the situation has improved to the point that the designation is no longer required, will see restrictions lifted after Sunday.

Under the quasi-state of emergency, which allows targeted measures for specific areas rather than entire prefectures, serving alcohol, currently prohibited, will be allowed until 7 p.m. as long as certain COVID-19 precautions are in place. Governors can choose to maintain the ban if they deem it necessary, however, and restaurants will continue to be asked to close by 8 p.m.

Suga said he expects the attendance cap to apply to the Tokyo Olympics, due to begin July 23, and the Paralympics, with organizers expected to reach a conclusion at a meeting to be held by the end of the month.

Nationwide infections are in decline, with 1,554 new cases reported Thursday, down from more than 7,000 daily at the peak of the fourth wave in early to mid-May.

But experts have warned that an increase in people going out and the spread of coronavirus variants, particularly the highly contagious Delta strain first detected in India, could cause the situation to worsen again as the games are under way.

While vaccinations in Japan are ramping up -- about one in six people have received at least one shot -- Shigeru Omi, the government's top COVID-19 adviser, warned against becoming complacent.

"People will get a sense of security after getting vaccinated, but it's too early to begin letting our guard down. Keep your masks on," Omi said in the press conference with Suga.

Among the five prefectures currently under a quasi-emergency, Chiba, Kanagawa and Saitama will get an extension until July 11, while Gifu and Mie will exit at the end of the weekend.

Tokyo has been under a state of emergency since April 25, the third since the start of the pandemic last year. The measure had initially been slated to end on May 11 after the Golden Week holidays but was extended twice as the pace of decline in infections remained tepid.