China on Friday marked the 32nd anniversary of the crackdown on the Tiananmen Square democracy protests with tight security, one month before the ruling Communist Party celebrates its 100th birthday.

Uniformed police officers kept a close watch in and around the square, aiming to contain any potential commemorative demonstrations. Foreign journalists were not allowed to get close to the site.

Around the square, where the violent incident took place, the ruling party is expected to hold memorial events next month. 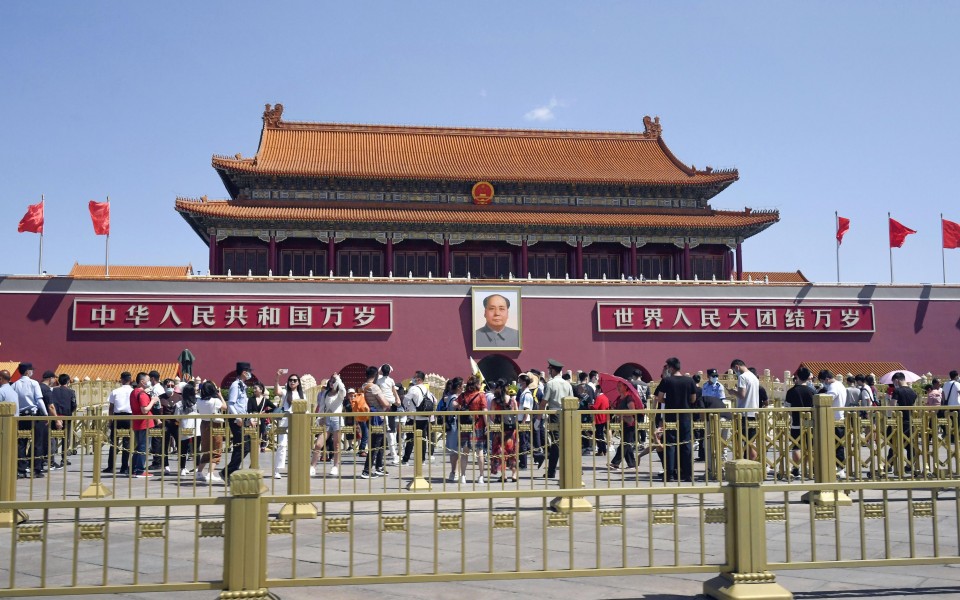 Beijing's Tiananmen Gate is pictured on June 4, 2021, the 32nd anniversary of the bloody military crackdown on the pro-democracy protests in and around Tiananmen Square. (Kyodo) ==Kyodo

Following the 1989 death of Hu Yaobang, sacked as general secretary of the Communist Party two years earlier for his liberal leanings, students rallied to call for democracy and government action against rampant corruption. Support for the protest grew as people poured into Tiananmen Square.

The protest defied martial law, declared in late May that year, and inspired big rallies across China.

But from the night of June 3 through the early hours of June 4, troops and armored vehicles cleared the square by force, killing hundreds of protesters and bystanders. 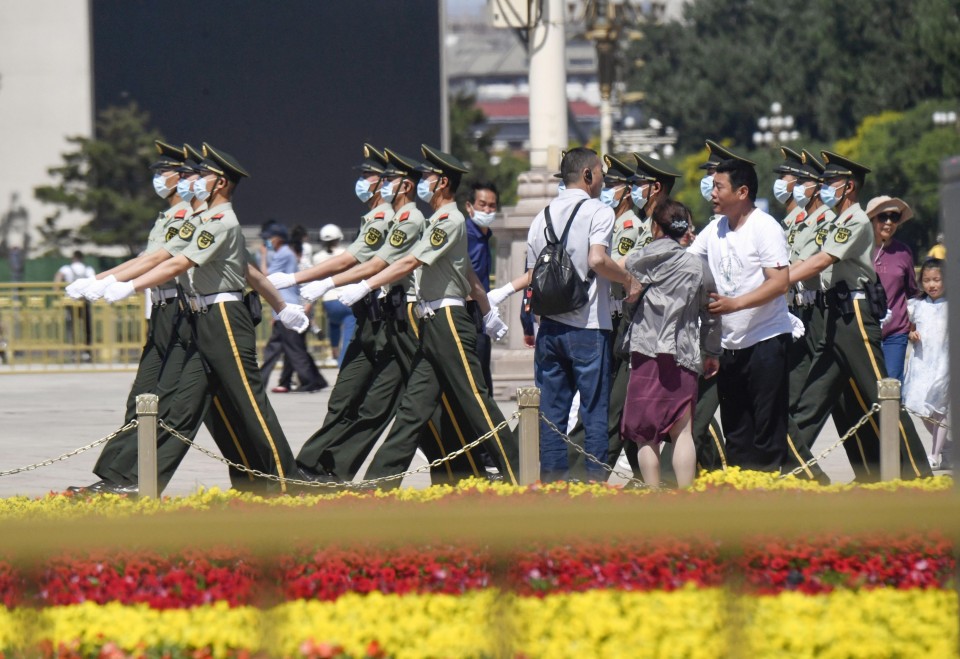 Armed police officers patrol Tiananmen Square in Beijing on June 4, 2021, the 32nd anniversary of the bloody military crackdown on pro-democracy protests in and around the square. (Kyodo) ==Kyodo

Intent on maintaining its firm one-party rule, the Communist Party has justified the 1989 killings by declaring it was necessary to quell political unrest. Open discussion about the incident remains taboo in China.

U.S. Secretary of State Antony Blinken said on Thursday, "The courage of the brave individuals who stood shoulder-to-shoulder on June 4 reminds us that we must never stop seeking transparency on the events of that day, including a full accounting of all those killed, detained or missing."

"The United States will continue to stand with the people of China as they demand that their government respect universal human rights," Blinken said in a statement.